Four part Writing: When must a perfect fourth be resolved?

Essentially, it is my understanding that:

In my example, bar 22 is Dm7 (ii7) in third inversion, followed by G (V) in first inversion in bar 23. The parts concerned are alto and tenor (alto clef). I would like to put a G (anticipation- highlighted) in the alto part. This non chord note forms a dissonance of a second with the F in the tenor part below. In the next bar, the two voices form a 4th, D-G (two chord notes of the GM chord). Is this fourth classed as a consonance, because it is an inverted perfect 5th in the upper voices? Or is it a dissonance, meaning that putting in a second interval before it is problematic? 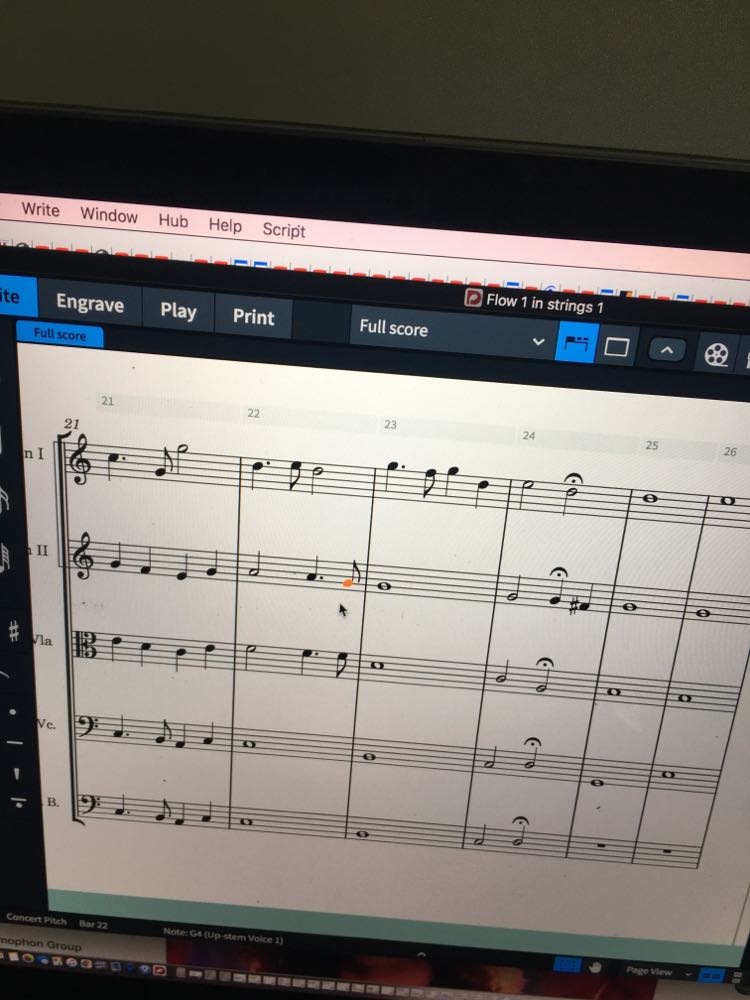 In the next bar, the two voices form a 4th, D-G (two chord notes of the GM chord). Is this fourth classed as a consonance...

It is a dissonant non-chord tone in a suspension. The three parts of a suspension are (P) preparation, (S) supension, and (R) resolution... 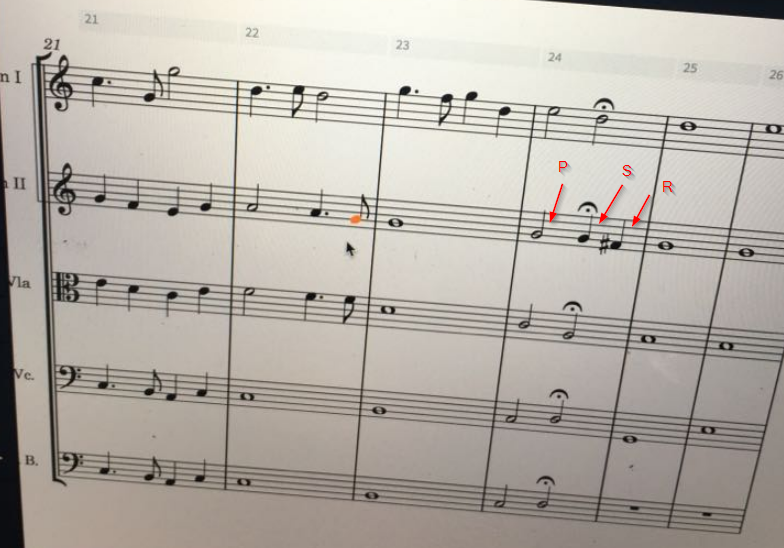 Basically the dissonance of the fourth is in relation to the bass. That is why the fourth in a first inversion 6/3 chord isn't treated as a dissonance. Relative to the bass the intervals of the upper voices are a third and a sixth.

But I think you should also consider how to resolve, because fourths get different handling in different contexts.

You want to be aware of the four 6/4 chord types - cadential, pedal, passing, and arpeggiated - and their handling.

The cadential and the pedal are the given a contrapuntal treatment similar to a suspension. There will be a fourth and sixth above a bass and those two tones resolve by stepping down to a third and fifth. Passing and arpeggiated move differently and involve movement not of the upper voices, but of the bass. In passing types the bass moves between the root and third of a chord like I V6/4 I6 or I6 V4/6 I and in arpeggiated types the bass just steps through the various chord tones like I I6 I6/4 I. You can find scores illustrating these in a good harmony textbook.

In all of those the fourth's dissonance is in regard to the bass and the different resolutions depends on the relative motion of the voices.

I think you've got it right. The fourth is a consonance if it's in the upper part of a chord (like E-G-C a C63). It's a dissonance when it's not part of the chord (as any other note would be.) It's a dissonance against the bass as this (at least since tonality became common) implies a 6-4 chord like G-E-C-G which is used in a few idiomatic places.

Not the answer you're looking for? Browse other questions tagged harmony analysis counterpoint consonance-and-dissonance or ask your own question.

3
Dissonances with bass versus in upper voices. 4-part harmony
4
In modal counterpoint for more than two parts, should every pair of voices be in "good" two-part counterpoint?
1
Constraints for doubling upper voices in 4-part harmony
2
How important is consonance/dissonance in suspensions?
0
Is this some sort of suspension? If so, how do I write it in?
7
Why are there particular "rules" for using triads in second inversion but not for using seventh chords in second inversion?
1
In species counterpoint, is the fourth above a third a consonance or a dissonance?
4
Does tempo affect use of non-harmony notes?
2
Four part writing: Does quality and amount of dissonances affect use of non harmony notes?