What is this weird two-notes-in-one-note notation? Scriabin Piano Sonata [duplicate]

I was looking at sheet music for Scriabin's Sonata No.2 in G-sharp Minor, and came across this interesting notation I'd never seen before. The piece is written in three-halves time signature. I was wondering if someone could explain what this is and how to play it. 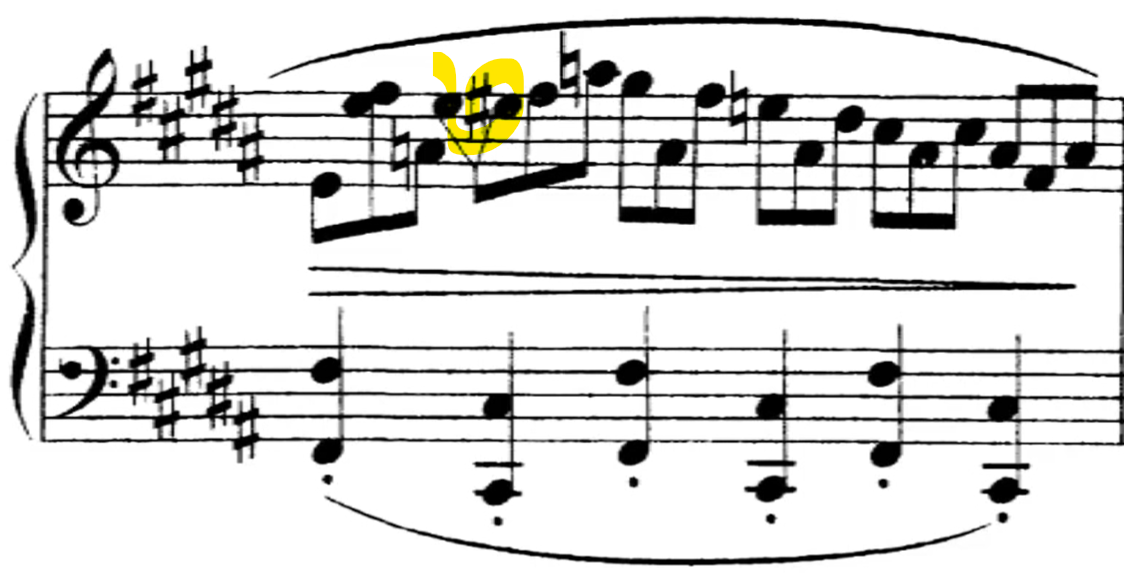 piano notation sheet-music
Share
Improve this question
asked May 5 at 17:35

They should be played together. They're just spaced oddly like that to accommodate the presence of both E and E#.

The reason it's E and E# (as opposed to, say, E and F) is because of the previous E-F# dyad. For the notation in question, the E is a repeat of the previous E, and the E# is the lower neighbor to the F#s on either side.

Looking at it as two separate voices, one voice sings E-E, and the other voice sings F#-E#-F#.

15
What does this split stem notation mean?

8
What does a pair of long horizontal lines between two whole notes mean?
3
What is a 5/2 chord?
16
What does this wavy downward arrow preceding a piano chord mean?
11
In Ravel's Introduction et allegro pour harpe, flûte, clarinette et quatuor à cordes - what are the flute and clarinet doing here?
4
What does this pedal notation mean for the piano?
1
Can a phrase mark extend two staves?
13
Did Beethoven “invent” ragtime with Piano Sonata No 32 Op 111?
6
Hollow, x-shaped noteheads