How is this dissonant harp sound achieved?

In "L’Impatiente de Balfour" for viola and harp by Claire-Mélanie Sinnhuber, there are some harp notes that sound somehow dissonant and metallic, almost like a prepared piano. In this video by the Ensemble Intercontemporain it starts at around 12'21", and again after 17'.

Is this a playing technique that uses some kind of partial muting to bring out certain harmonics, or maybe a sort of half-pedalling? Or am I hearing things, and it's just the choice of notes that is creating this sound?

I'm not a harp player, but it appears that this is done with the harp equivalent of prepared piano on a few strings. About four or five strings of the harp appear to have some kind of putty attached to them: 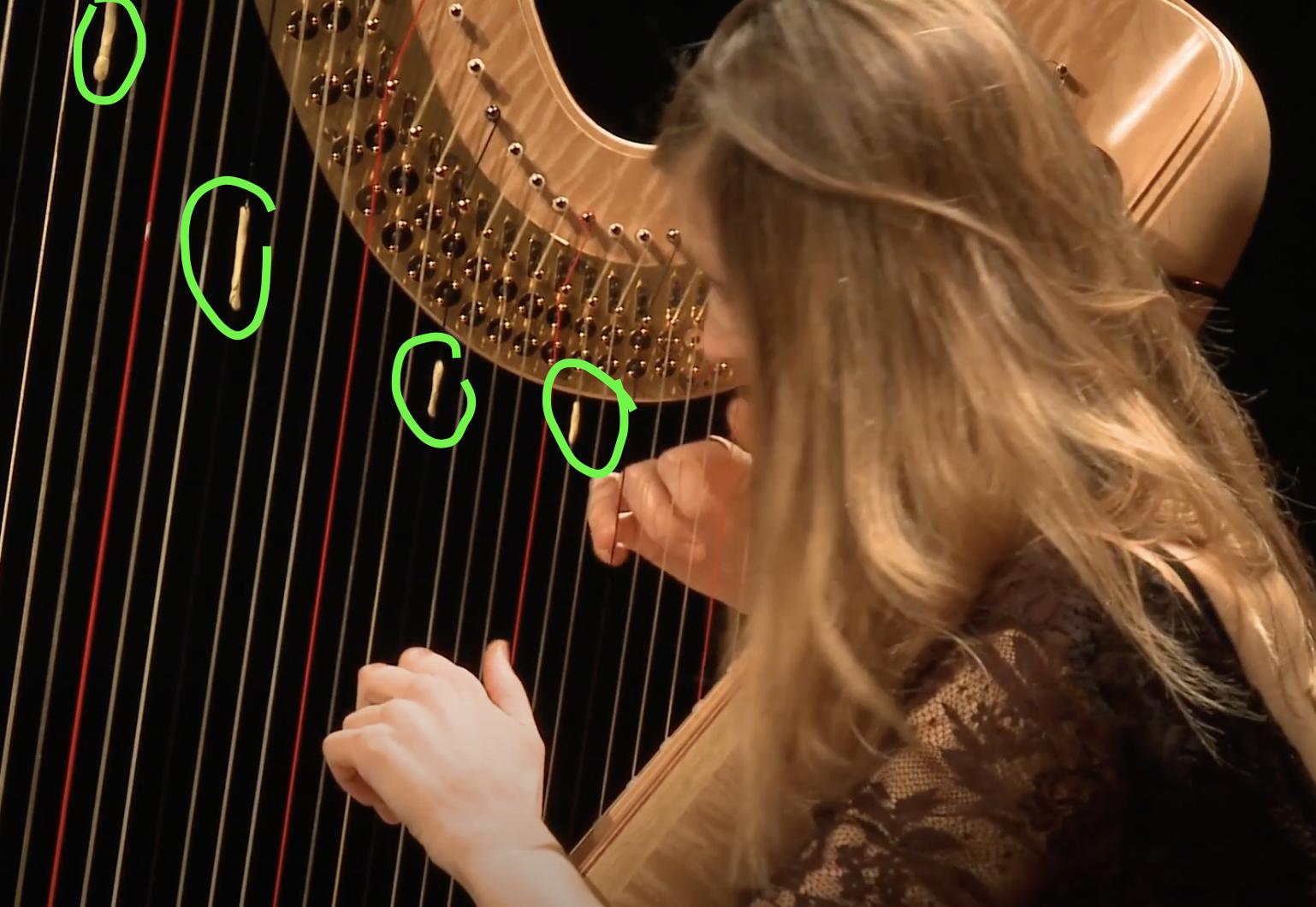 I think (though I'm not 100% certain) that the prepared strings are the only ones that give this particular timbre. Presumably Sinnhuber wrote the piece so that these notes would only be used in situations where they would have this particular effect, since applying and removing this putty would be difficult during a performance.

Similar sounds can apparently be achieved by attaching small, lightweight hair clips to the springs. This page contains a sample of this effect.

That page also notes that hair clips, while easy to apply and remove, will not necessarily stay in place if the string is played with full force. Perhaps the putty is a good substitute if the string is to be played fortissimo.

You mention half-pedaling, but this gives a very different, much buzzier sound:

More details on the half-pedal technique can be found at this question.

Not the answer you're looking for? Browse other questions tagged technique harmonics harp modern-music palm-muting or ask your own question.

4
Harp - “Half Pedal”
10
Harp Tuning Tendencies
3
Can you play harmonics on a harp?
6
Scoring for the harp
5
How to write this glissando/arpeggio for orchestral harp?
1
Harp Multiple Glissando
1
Shape of a concert harp
3
What is the meaning of S.H. in a harp score?
2
Doubt about Harp Sound
4
How to notate specific-note harp glissando?