Why can't a pop singer on stage, wearing earpieces, hear someone right next to her?

. This is Tiffany Young singing Not Barbie, on her Lips on Lips tour in San Francisco, dated March 15 2019.

As her fan (to her right) tries to speak to her, Tiffany appears to say, and I'm reading her lips (pun intended)

I can't hear you. 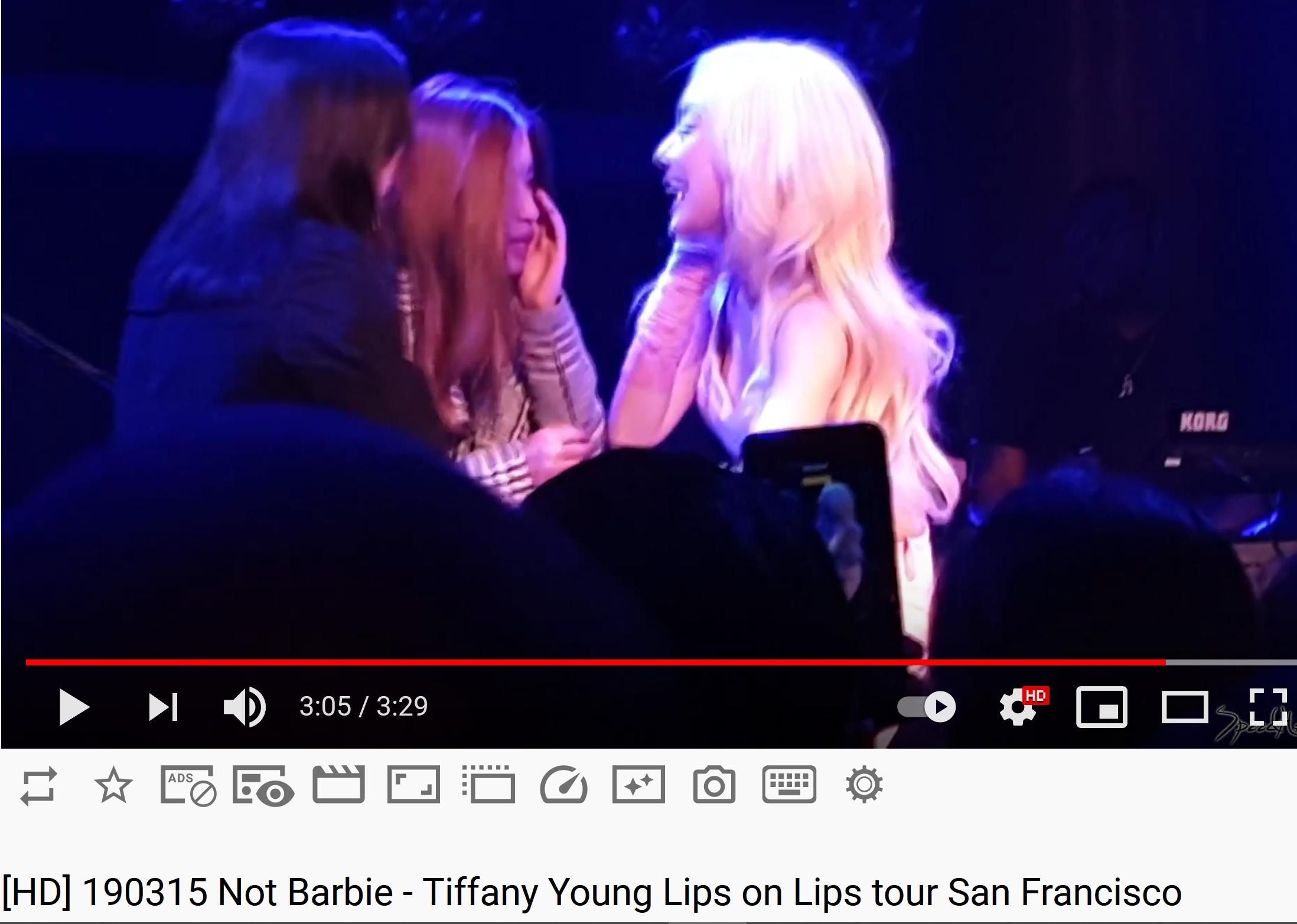 At 8 minutes 50 seconds, you can see Tiffany's earpieces better. But these screen captures are from her Denver, Colorado concert, not the San Francisco concert in the YouTube link. If the English subtitle is correct, Tiffany said "Cause of this, I can't hear very well". 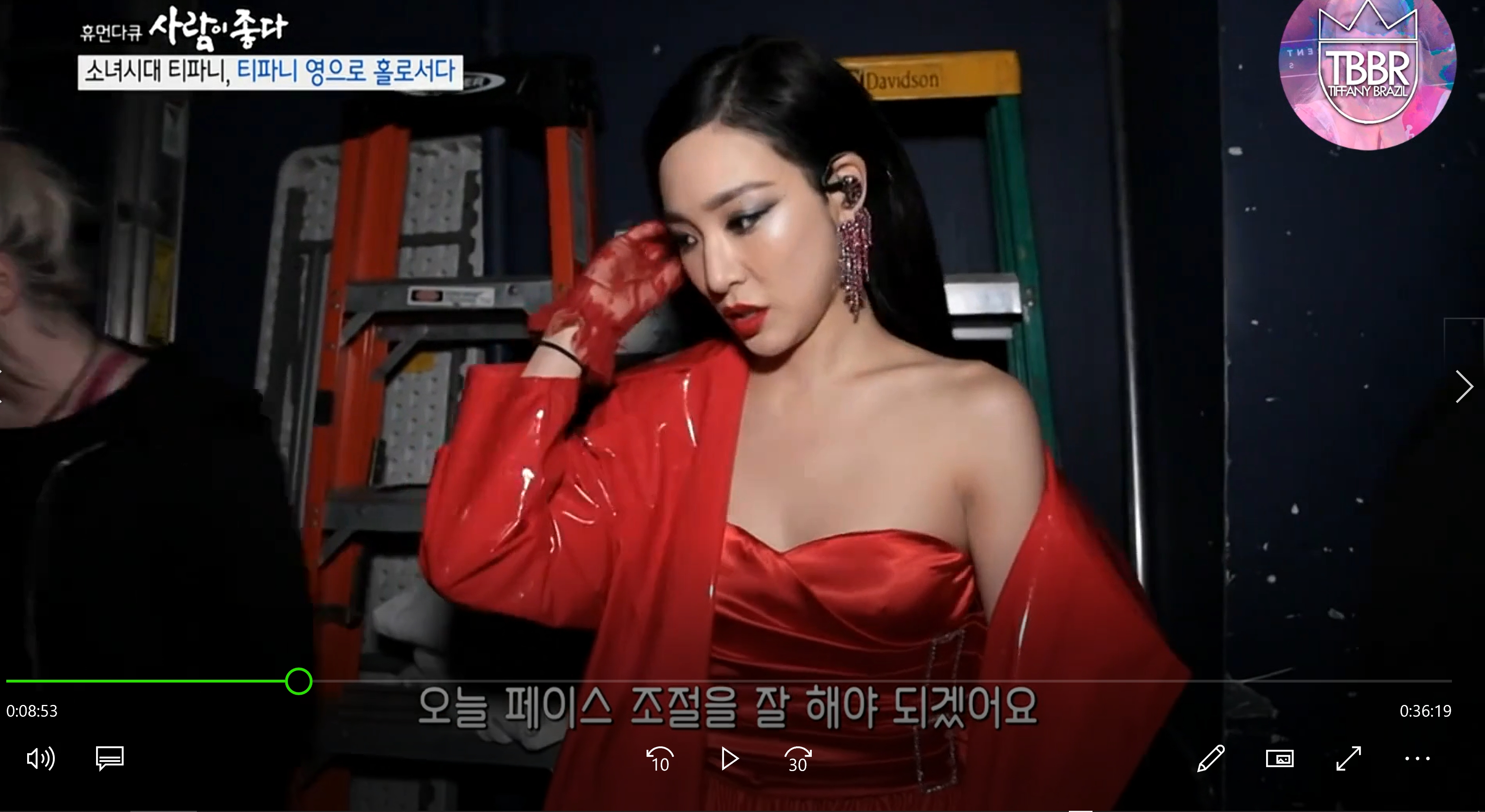 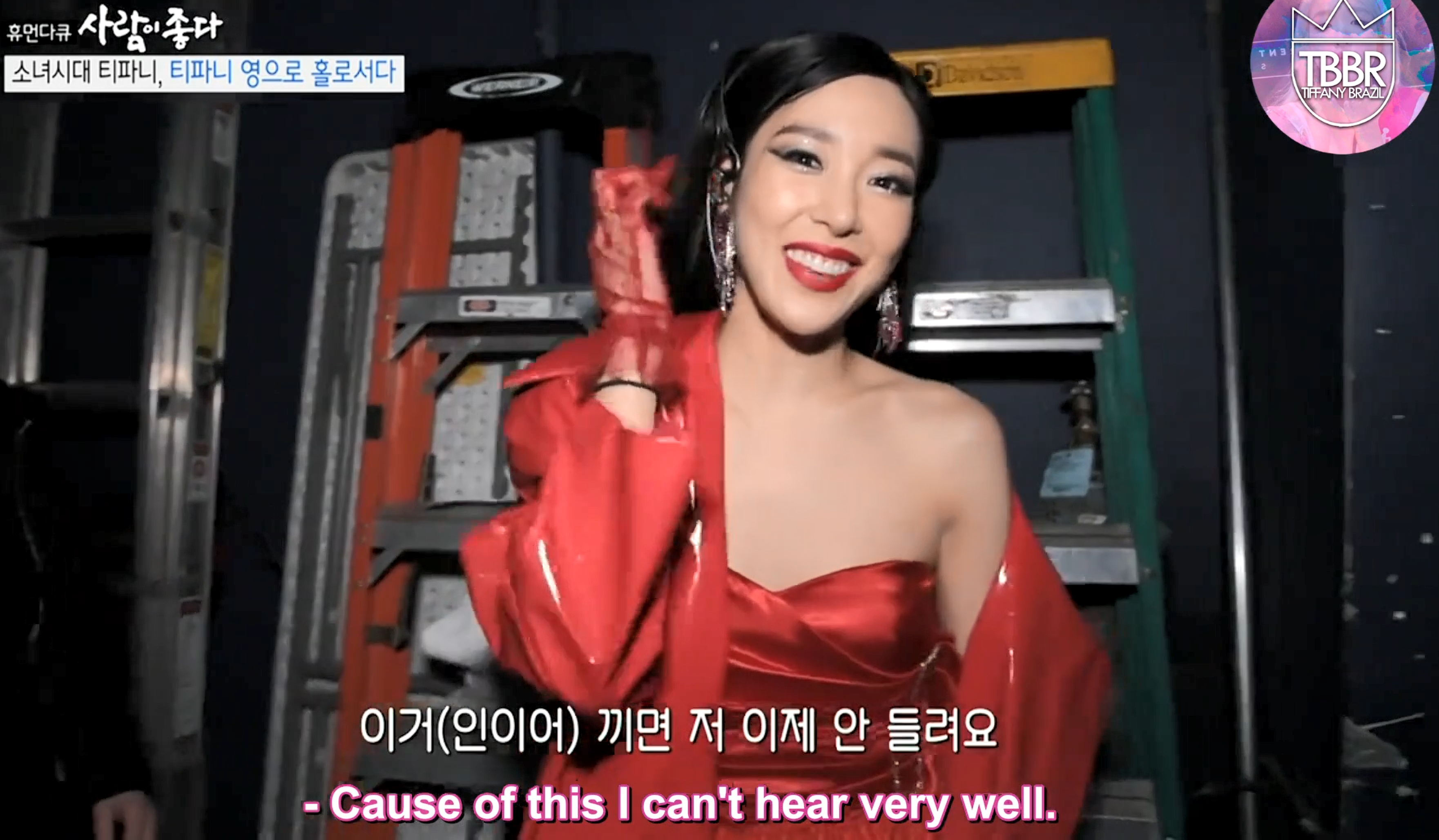 They are like earbuds but better. You want your in-ear monitors to block sound, because you might want to hear the drums to keep in time but you need to hear the keys/guitar/harmony instrumental and yourself so you can keep yourself in tune, and if the drum kit bled into your hearing, it could easily overpower everything and leave you lost. You have the drums in your mix, along with everything else.

At their level, the in-ear mix might change per song, and certainly won't contain everybody on a larger stage. There's only so much you can pay attention to.

Aside: sometimes you see people with one ear in, and while I get it, that's a recipe to blow out your eardrums.

Agreeing with Dave. The main point of iems is to block out as much extraneous sound as possible. Otherwise, they have little purpose.

Each performer wearing them will request the mix that is most helpful for themselves, so there could well be several different mixes in the iems. If they let in sound from other players - say the performer was standing near the drummer, but didn't want to have much drum sound in their monitor, the mix of sound they hear would be inappropriate.

For a vocalist, moving around on a big stage, a constant mix suits best, so defeating any extraneous sounds is of paramount importance.

So, everything is miced up, and sent through the p.a., but the mix the audience hears is probably far from the mix sent to each performer, which, ideally, needs to remain constant wherever they are - next to a guitar amp, standing in front of the horns, etc. Not feasible when they can hear anything else. So sound blocking from outside is the order of the day. Very different from using monitor speakers on the front of the stage. And, sometimes, the sound pressure on stage is large (= loud), so needs defeating - with iems. Could always take them out when conversing with fans, though.