Is there a misprint on this note in the Maple Leaf Rag? 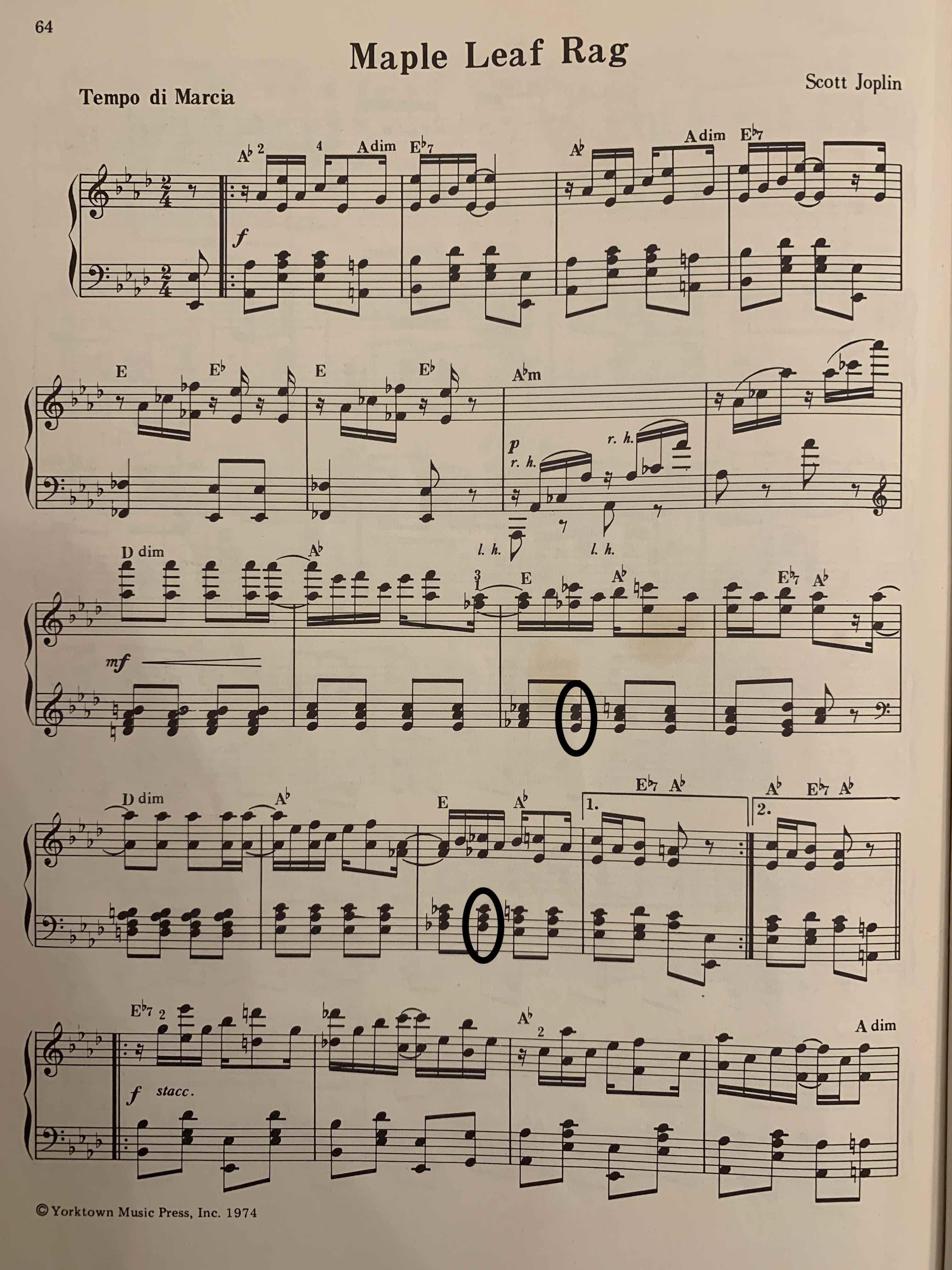 sheet-music editions
Share
Improve this question
edited May 30 at 22:57

The circled chord in bar 11 is wrong: the lowest note should be an F-flat. From the published first edition (from imslp.org):

There's also an error in bar 16: the A-natural should be an A-flat.

Yes, it's a misprint; it should be the same as the preceding chord. (See images below.)

However, in an interesting twist, Richard Zimmerman, who was the first to record Joplin's complete works, plays a variation not represented in the OP edition or in the editions below. Measure 11, as well as its repetitions at m. 15 and m. 43, he plays the F♭ major chord a third time before moving to the A♭ major chord on the final eighth-note of the measure.

The below link to Zimmerman's recording is timed to measure 7.

It may be further noted that Zimmerman strays from the published version elsewhere. Given that he was 1987's “Champion Ragtime Performer of the World”, it's reasonable to take his departures as stylistically appropriate.

The following two images come from Scott Joplin, Scott Joplin: Complete Piano Works, ed. Vera Brodsky Lawrence (The New York Public Library). This is considered the definitive edition of Joplin's works. The images are of m. 11 (page 26) and its reprise at m. 43 (page 27) (counting first and second endings as a single measure). 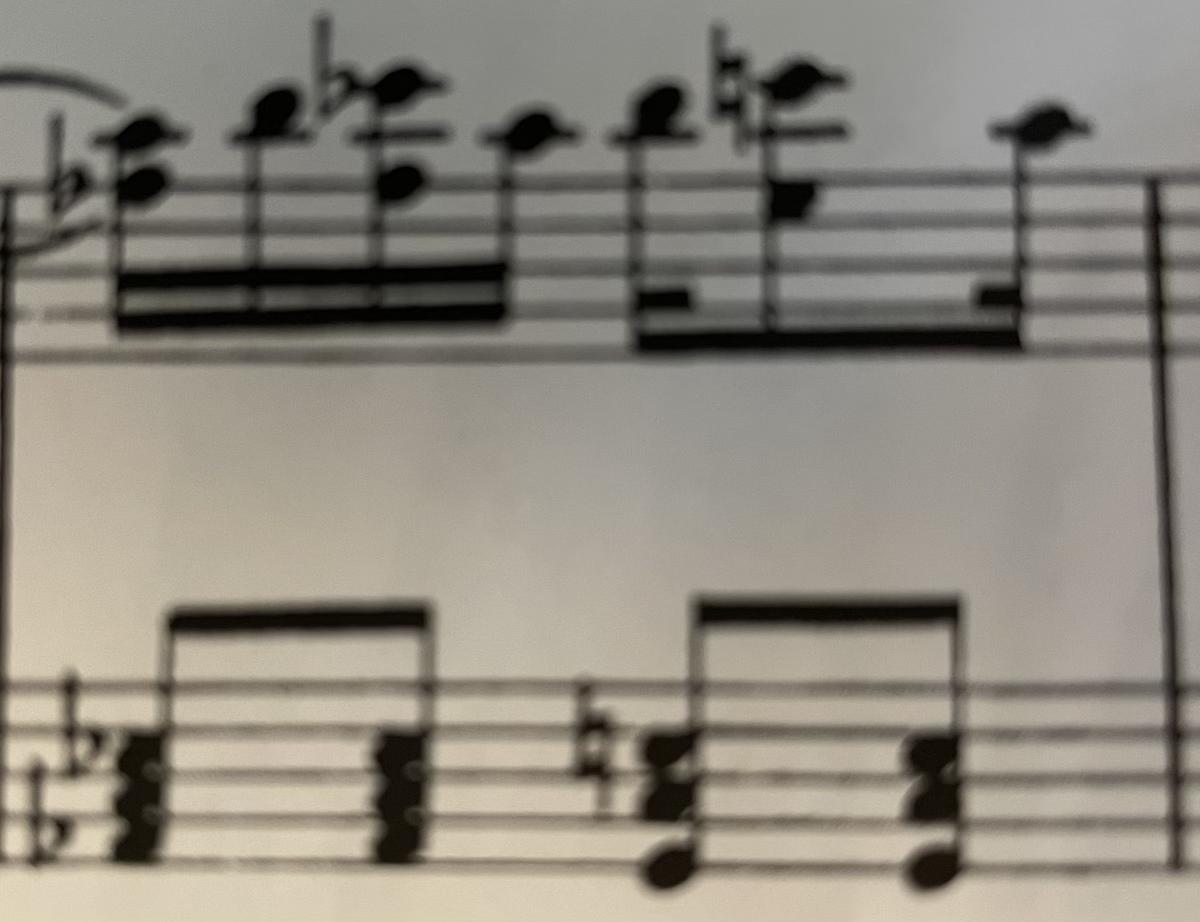 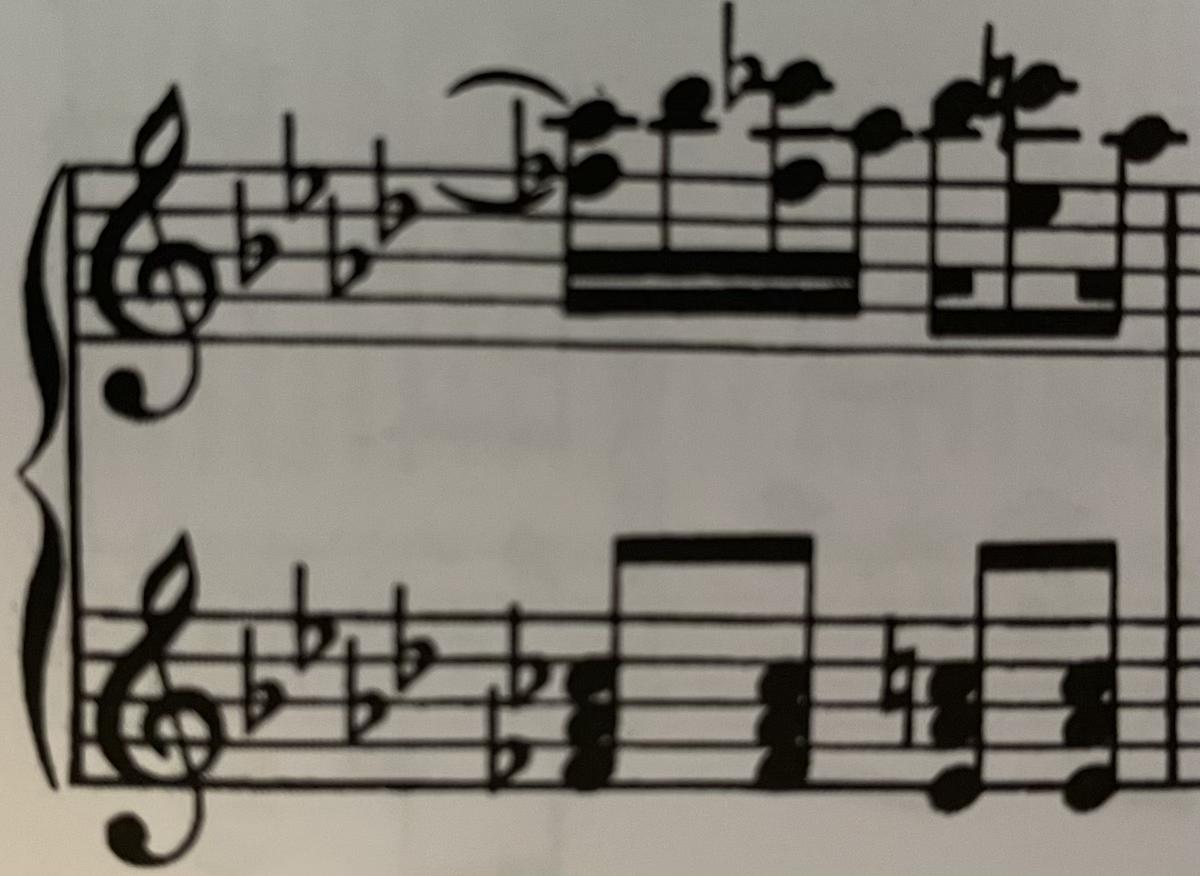 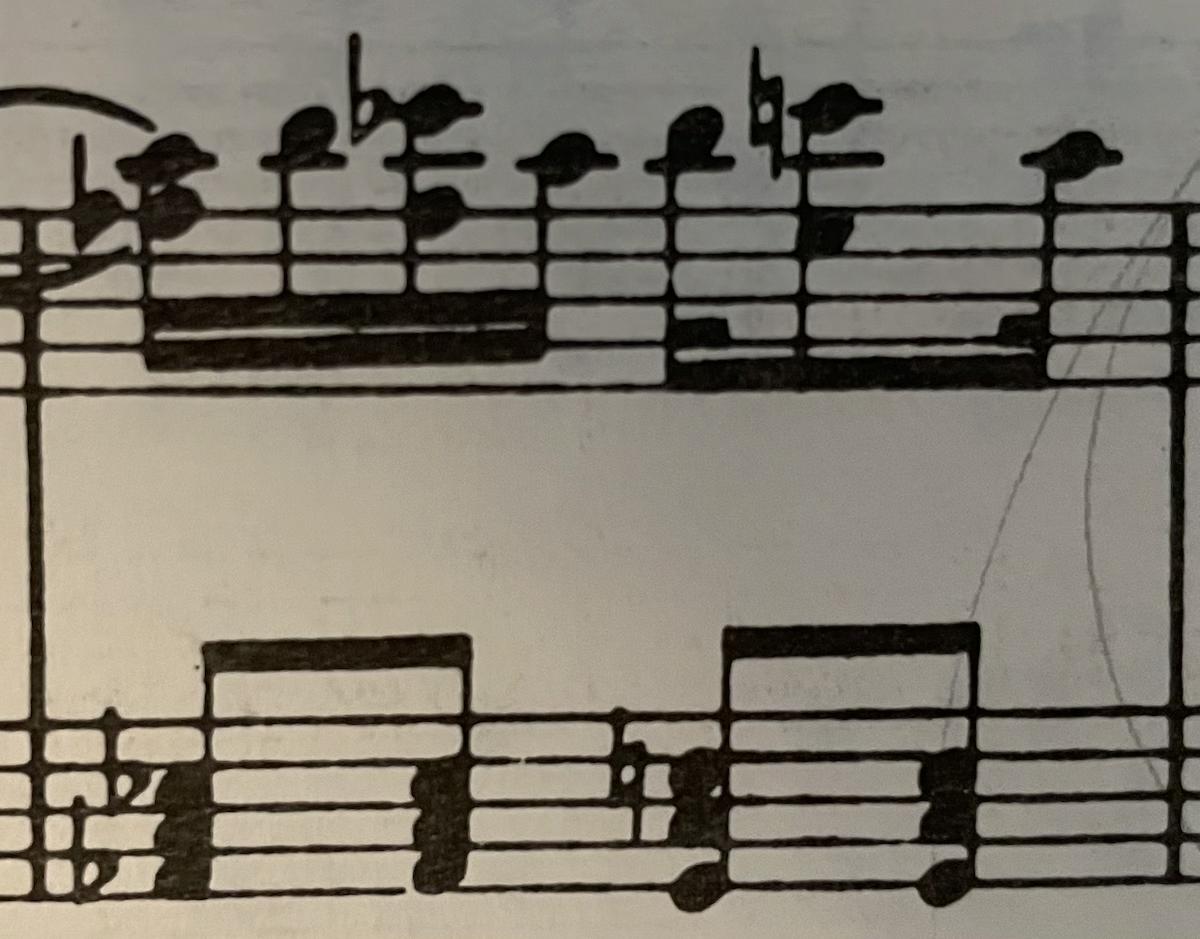 As someone who played the Maple Leaf Rag countless time on the street, I concur: that's not what Scott Joplin wrote.

Not the answer you're looking for? Browse other questions tagged sheet-music editions or ask your own question.