When does this extract change key? (Roman Numeral Analysis of Greene: 'Ode on St Cecilia's Day')

Quick question regarding bar 3 in this figured bass exercise. We start off in D minor. The introduction of C naturals in bar 3, along with the fact we finish the piece in the relative FM, seems to suggest a switch to FM during said bar. I'm a bit stuck as to when this key change happens exactly

I have two sets of Roman numerals for bar 3. The first treats the III (FM) at the start of the bar as a pivot:

I am not entirely happy with this answer, as the repeated use of iii chords seems strange? Also, there are many chords between the pivot and the V7 that consolidates the new FM tonality, which again seems unorthodox.

My second analysis (shown on the script) treats the Bflat M as the pivot:

The III chord at the start of the bar is confusing, and the V7 back into F does not happen straight after the pivot, so I find this also a little strange.

So, when exactly do we move to the relative major?? Any superior Roman numerals will be gratefully received ! 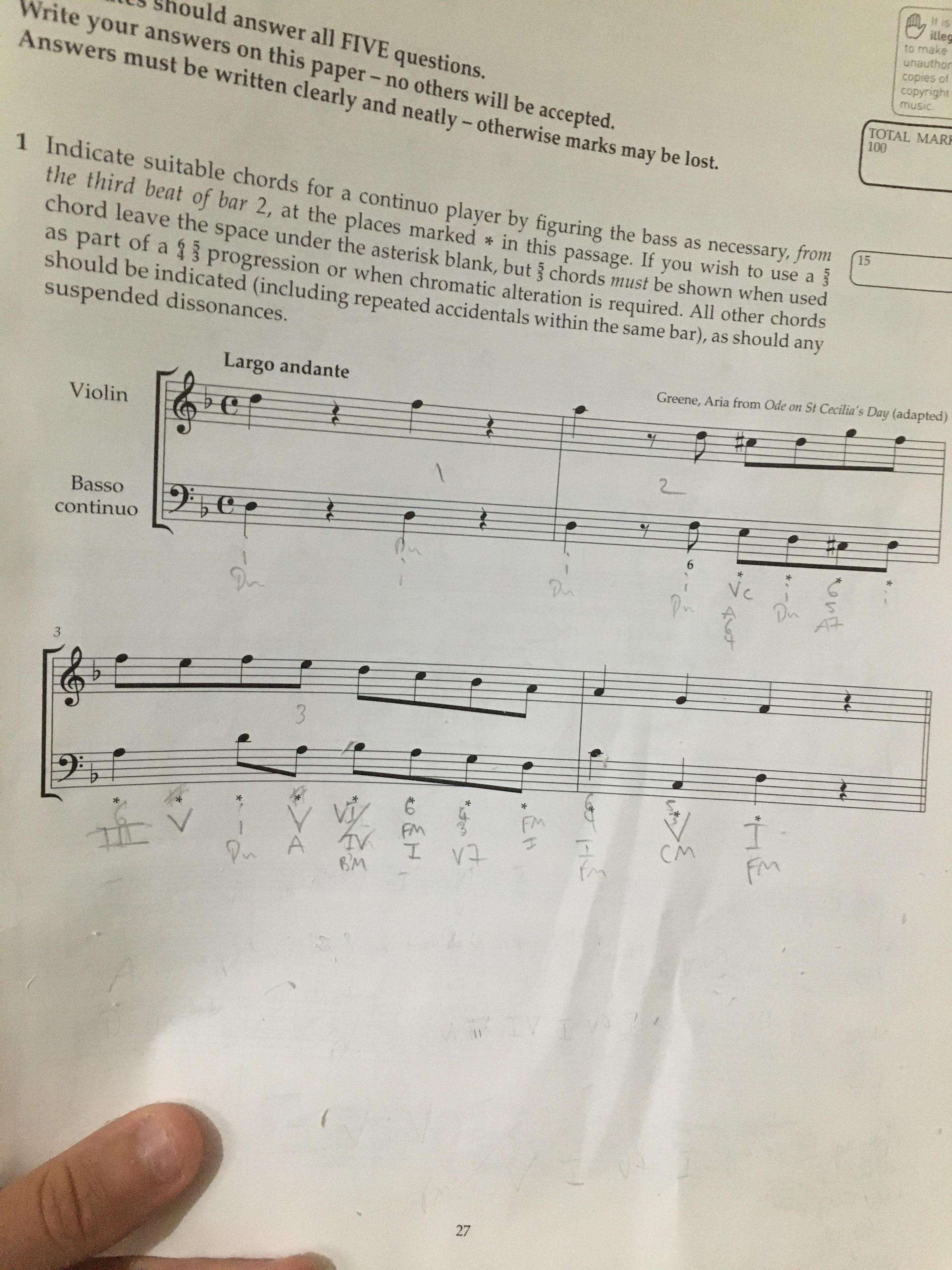 The essential problem is that the first chord in bar 3 is not FM; it, along with the following E, is part of a 6-5 suspension.

The pivot chord is on the third beat of bar 3. It is VI of the original Dm (i.e., a deceptive cadence) and IV of the new key, FM.

Not the answer you're looking for? Browse other questions tagged harmony classical-music analysis roman-numerals or ask your own question.