This is the link to the whole piece, performed on piano with notation

The arrows and sixteenth-notes (or sometimes eighth-notes) indicate the time offset between measures in the upper and lower staves.

They don't have musical meaning in themselves. They're guideposts to help interpret the varying positions of the barlines between the two staves.

The situation is a bit more complex in this next image from 0:28. Here, the offset between barlines of each stave is greater. For example, the upper stave's 7/16 measure begins five sixteenth-note pulses before the lower stave's 3/4 measure begins. 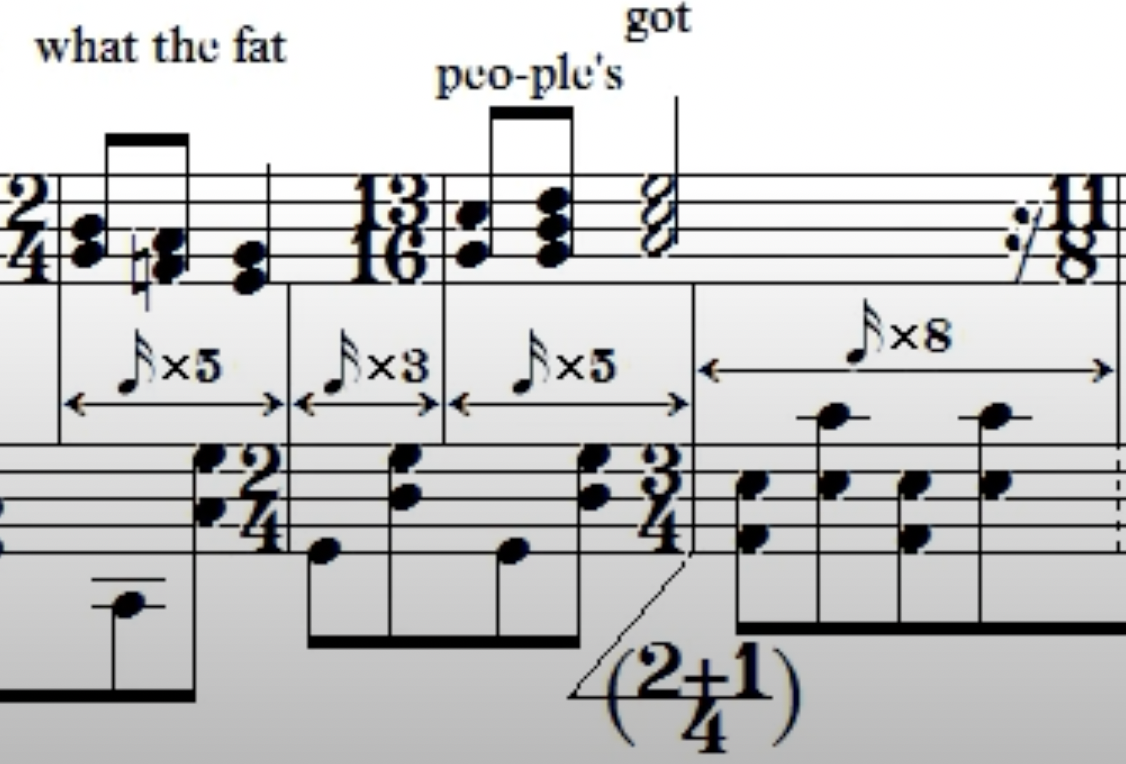