Why might two jumps in contrary motion be avoided? [duplicate]

The goal is to write a well-constructed and easily singable melody. There is a motif in my melody that outlines a C major triad like this: E4 G4 C4 (in that order). Why might it not be wise to have two successive jumps that move in opposite directions? Thank you.

What does Fux do? 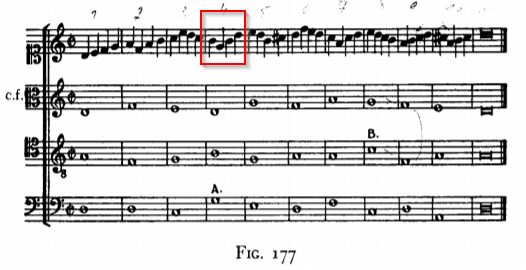 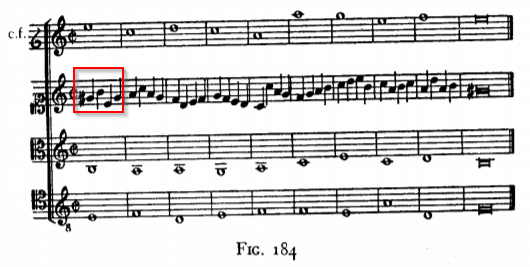 There are other examples to be found in The Study of Counterpoint, but those three are enough to make the point.

The first one isn't the contour you gave in your question, but I think it should be included, because it is a unambiguous example of a triad arpeggiated.

There is a rule for writing a cantus firmus which say to not outline a triad.

Half of them present consecutive leaps. Of the 5 actual passages, all but fig. 44, are triadic outlines (fig. 11 is partial with only 2 tones, not counting the octave.)

If Fux is the model for counterpoint, species counterpoint specifically, then based on these actual examples, I think it's fine to have consecutive leaps, even those outlining complete triads, whether in the cantus firmus or a counterpoint.

If you're taking a class, and the teacher gives you rules that say don't do it, and you don't want to loose points, then don't do it. But, just remember: Fux did it.

The explanation given by Fux is that such moves are hard to sing. Two jumps in a row in the same direction are even more strongly disfavored. The preferred melodic motion after a skip is stepwise motion in the opposite direction. I don't know whether this explanation really conforms to the intrinsic difficulty of singing such lines or if it is more of a stylistically governed norm.

Not the answer you're looking for? Browse other questions tagged intervals melody counterpoint or ask your own question.

29
How to dramatically change the feeling of a song while keeping the melody largely the same?
11
Is there some trick for counterpoint beyond 2 voices?
0
Interval analysis, augmented 5th or a 6th?
7
Should we avoid two consecutive leaps forming triads in cantus firmus?
7
Standard or fundamental melodic patterns
1
Question from Exercsies in Melody (Percy Goetschius)
3
Am I understanding counterpoint correctly?
6
Why do major and minor triads sound different both harmonically and melodically?