What does the bracket spanning a chord on a guitar score mean?

I came across this notation in a guitar solo collection book, but I don't know what it means. It's a bracket spanning a chord (The Asus4, A/C# and G chords in the image below.) 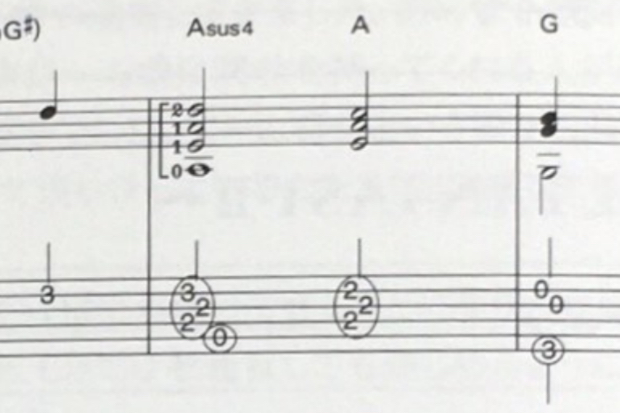 My first guess is that it means to form a barre chord, but the same book uses the notation "C.3" or "C.5" for barre chords. 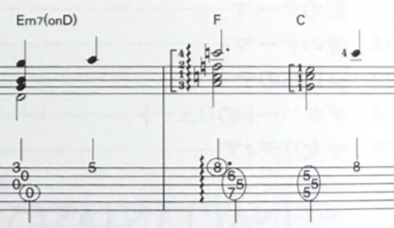 The piece is the "Opening Theme" from Final Fantasy. The piece comes from this book, Final Fantasy Guitar Solo Collection. The book is Japanese if that matters. 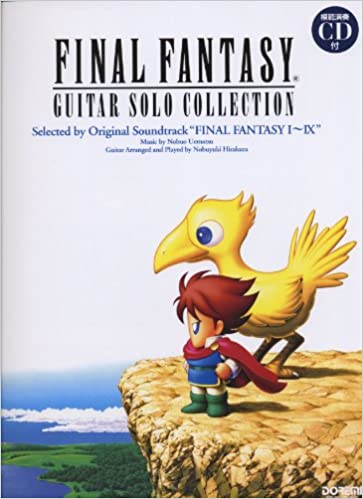 I had a closer look at the other pieces in the same book, and here are some more images 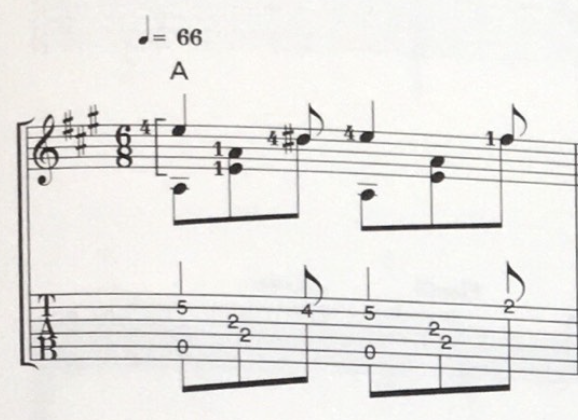 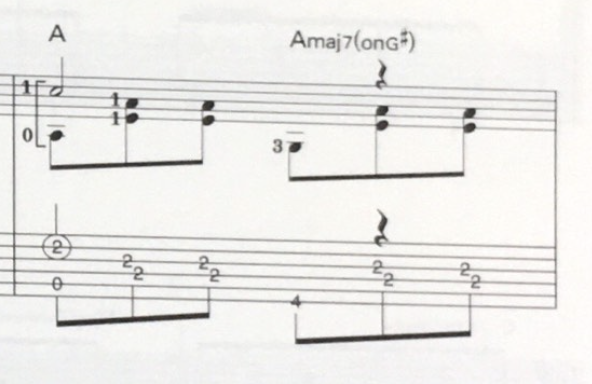 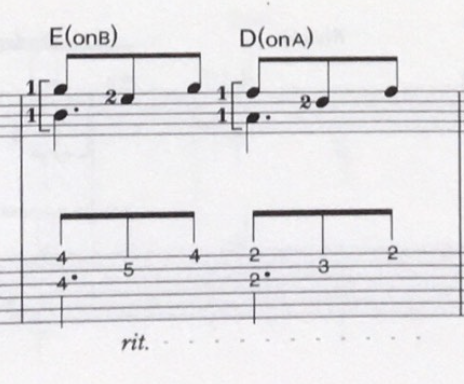 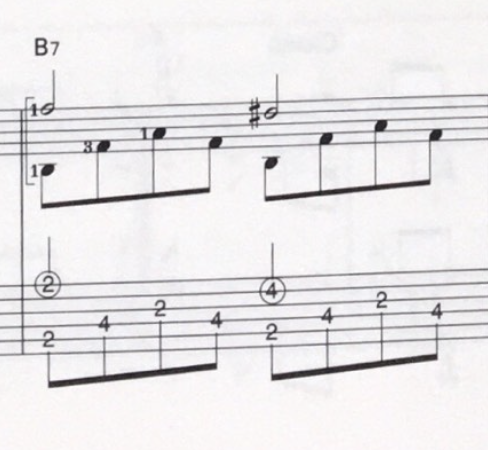 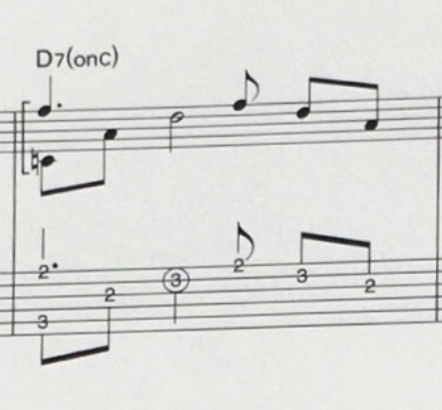 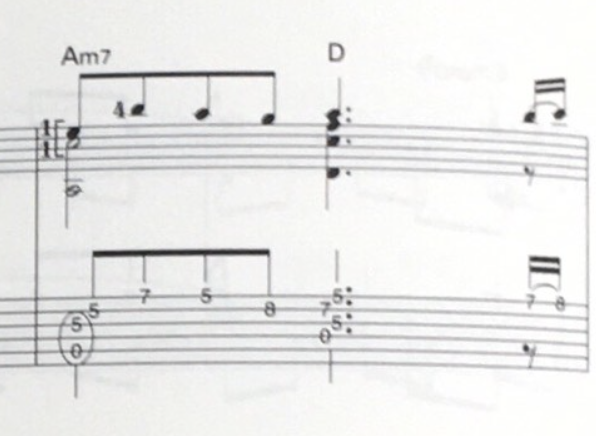 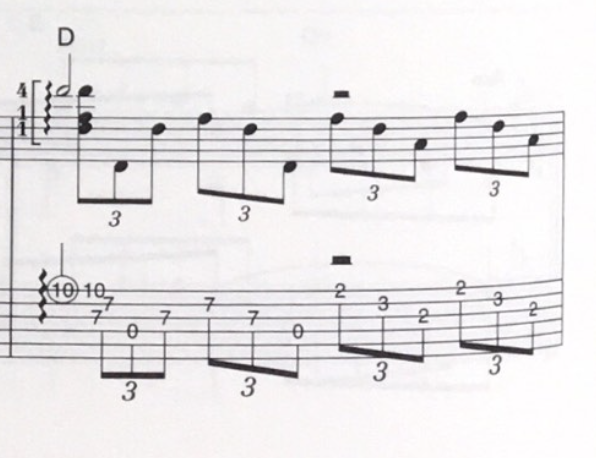 Now that you’ve posted extra sections from the same piece, I am pretty certain that this is used as notation for a half-barre (or to be more precise, an incomplete barre). It’s slightly misleading, as you often don’t need to barre all of the notes within the brackets shown.

This is a rather ambiguous music notation marking anyway. It is dependant upon context and which instrument it is written for. To give some examples:

Furthermore, as Tim points out in his answer, this bracket has also been used to indicate the opposite of the last meaning above, to play the notes with a roll - although I haven't seen this usage.

Context is everything: because of the fingerings indicated in your excepts (the chord "shapes"), and as there are no other markings usually associated with half-barres (1/2C, 1/2CV, 1/2V etc.), this must mean use a half-barre, or incomplete barre.

It's an alternative (now pretty well unused) to the wavy line meaning arpeggiate. No direction is shown, unusual for guitar tab. Hardly going to be a 'barre' sign, as the chord shape doesn't need it. And if it was, the following chord woud have the same.

Having said that, it makes more sense that it actually means the opposite! In that it's a block chord, better not strummed at all, but played with all notes exactly together. Quite comfy using thumb, index, middle and ring fngers. For the life of me, I see no point in using that mark - unless there's a wavy arpeggio mark in a previous bar.

Now seeing other bars my middle paragraph seems like the answer. Surely, by listening to the accompanying CD while looking at the music, it would be clear?

Couldn't it simply be sloppy notation by the publisher? I would normally interpret this as a barre chord just like others have suggested, and I would ignore the open-A inside the bracket as an error.

If the piece is particular about where and how the Asus4 chord is played on the guitar, then it is probably just the publisher's failed attempt at relating a specific voicing for the chord. Knowing a little about how things are transcribed for publication (I had a instructor who got side work doing transcriptions of popular recordings for CBS publishing), I wouldn't put a lot of stock in the assumption that the transcription is based upon the chord voicings that were used (or even intended) by the original composer when the piece was written. The sheet music publisher rarely has access to the original scores (if a written score even exists) and they oftentimes contract somebody else to transcribe the sheet music from recordings. So what you are looking at is a publisher's interpretation of an artist's interpretation of a piece of music that was written by somebody else and transcribed by ear. That makes it interpreted TWICE in the process. In other words, don't put a lot of concern into what the publisher intended, it most likely wasn't what the composer intended anyway.

BTW, I've seen much stranger and more difficult to interpret guitar notation than this.

This bracket is indicating which finger to use to hold down each of the notes being barred: 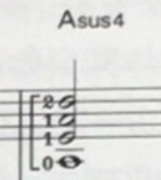 So this would be your thumb on the lowest note, pointer finger for the 2 above, and middle finger for the highest note. I say this because later on the numbers go up to four, indicating this might use all 5 of your fingers since this index begins at 0.

These below are the tabs for the chord:

8
What is the meaning of this squiggly vertical line symbol in guitar tablature?
8
Meaning of left parenthesis notation on chords

14
What does a single square bracket next to a single note mean?
2
6th string root dominant 7th barre chord voicing
4
What does "moderato" in the middle of a musical score mean?
6
What does "Flag." mean in orchestra score?
3
What does two chords notated above one another mean?
3
What does this bracket mean in violin music sheet?
3
Classical Guitar: Can someone reference this piece of music allegedly by Carulli
7
arpeggiated chord and half bracket symbol - what does it mean? (piano)
13
Bass score, what does "Maybe quarter notes" mean?