What's the proper piano notation for adding one note at a time to a chord and holding all the notes?

I came across a bar that sounds like this while transcribing a piece for keyboard. Is there a correct/better way to write this? 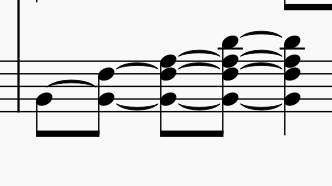 It is acceptable to use shared note heads in this kind of situation. For example, the first note could have a half-note head, but an eighth-note stem. 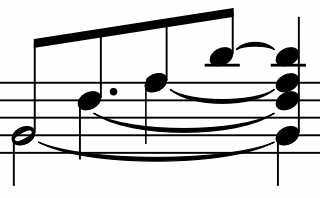 Here is a similar example from the left hand, final two measures of Brahms's "Intermezzo" Op. 119, No. 2. Note here that Brahms clearly expects the fingers to sustain the pitches. The pedal marking is not for the sustain, but rather for the "warmth" of the overall sound. 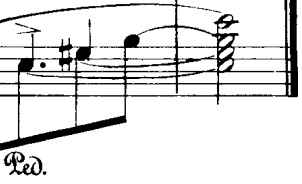 A second example, from Chopin, shows the importance of the ties versus a simple pedal indication.1

This first image is the first four measures of Chopin's Prelude in C major, Op. 28, No. 1, from the Paderewski edition (i.e., this is Paderewski's interpretation of how this should be played). Note the one-pedal-per-measure scheme, which is marked "Ped. simile" ("keep pedaling in the same way") in the fourth measure.

However, this notation clearly does not mean to hold all notes of the chords. The sound would be extremely muddy. Consider this notation in light of the final three measures (mm. 32–34), shown below. Measure 32 is played as shown in mm. 1–4, but measures 33 and 34 are explicitly tied to illustrate the intention of a slowly arpeggiated block chord. (Also, the absence of double note heads is another alternative notation that is sometimes used.) 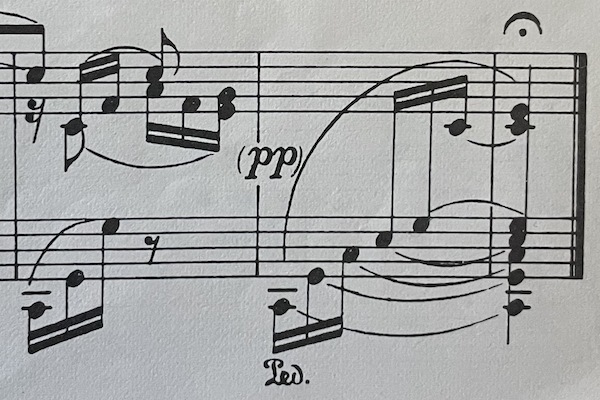 As such, I would argue that pedaling is the best bet. Just write the pitches as normal eighth notes, but indicate to the player to hold down the pedal, thereby sustaining the pitches until the pedal sign changes: 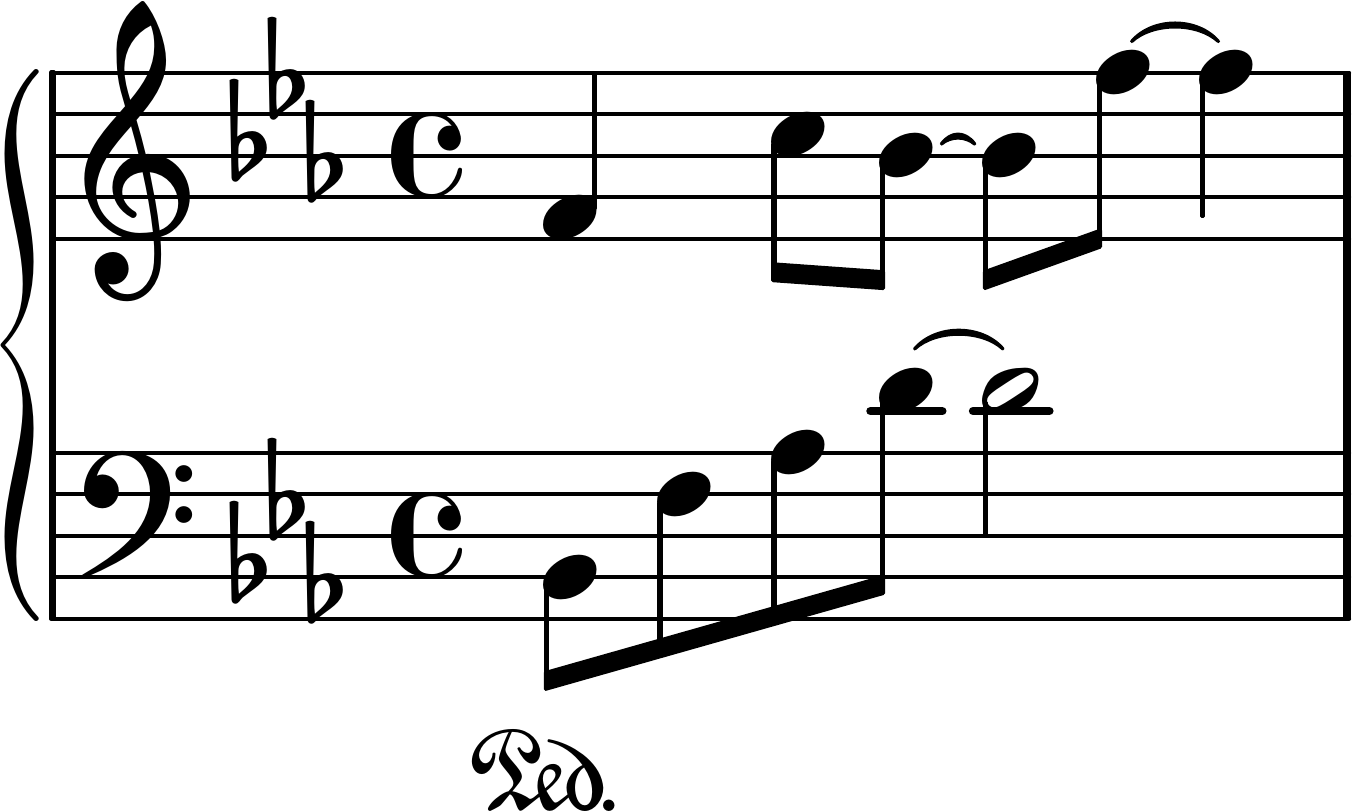 It's true that pedaling could muddy up the melody notes in the right hand (depending on how active they are), but an accomplished pianist should be able to use pedal without sacrificing melodic clarity.

If the right hand is too much for the pedal, you could also clear up the notation by using simple eighth notes (as in the above example) but with a text indicator to the performer: "sustain all left-hand pitches for the duration of the measure."

PS: How funny that When piano pedalling seems to conflict with the original score was asked almost simultaneously with this one, since it connects with my answer exactly.

That's the way I've seen it. Obviously a wavy line won't do the job, a player would play the notes too quickly in succession.

The other way would be to write the lowest note as full value, and write as SATB, using rests before each of the other notes, which would then have their own appropriate values, losing a quaver each time in your example. But that's even messier.

Or - write out the first 3 quavers consecutively, each tied across to those same notes to, say, a minim chord to fill the bar. It's not technically correct, but tidies it all up, and the expected result is more than apparent.

2
Question about held notes in piano musical notation
12
Is there piano notation for finger sustained notes (as opposed to pedal sustain)?
7
How to correctly and clearly write unisons that have different time values?
8
How to notate an arpeggio that anticipates the beat
5
When piano pedalling seems to conflict with the original score

10
In piano music notation how are notes distributed between the staves?
3
How to think in number chord notation for Major and Minor
8
How to write down a note that is sustained while there are other simultaneous pitches in the same bar?
6
Piano notation for trilling just one note in a chord?
1
My melody looks awful
2
How to notate a slide in vocal singing
3
What's the best notation for musical navigation?
4
What's the proper notation for holding one note of a chord while playing the other notes staccato?
4
What is the proper shorthand notation for a multi-measure chord tremolo?