What are the benefits of using no beams in simple vocal melody? [duplicate]

Ask Question
Asked 3 months ago
Active 3 months ago
Viewed 83 times
0
This question already has answers here:
Is the beaming of this score following a vocal practice or it is just outdated and obscuring the beat? (4 answers)
Closed 4 months ago.

I've noticed some of my favorite musicians went out of their way to use no beams while writing vocal melodies. Why would they choose to exclude beams?

There are beams in the music but not the vocal melody.

Here are two examples: "Ridin' Down the Canyon", by Gene Autry and Smiley Burnett; and "When It's Springtime in the Rockies", by Mary Hale Woolsey and Robert Sauer. 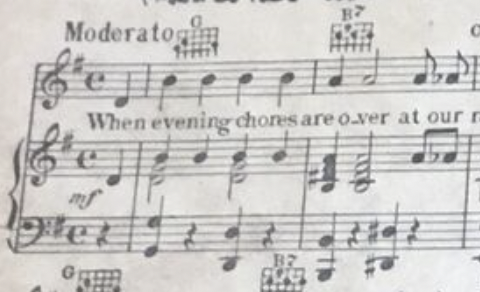 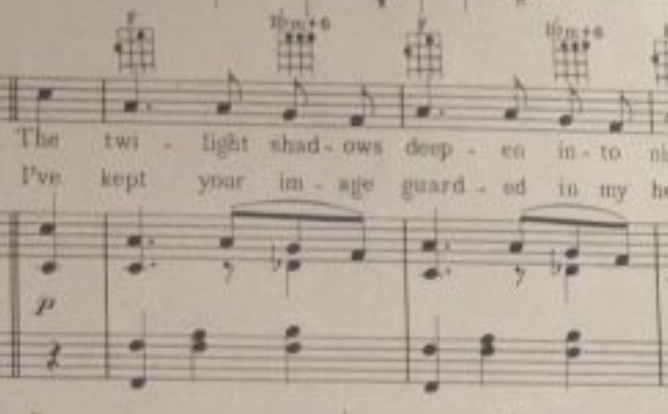 This is an old-fashioned vocal notation practice. From the looks of it, the music in the question seems old enough to have been written in the traditional style.

Current musical notation standard practice uses beaming to indicate groupings of subdivisions of the beat; in a 4/4 time signature, eighth notes get beamed together in those groupings to visually demonstrate the location of the four quarter note beats in the measure.

This older style of notation for singers has beaming conventions as well. Traditionally, only notes sung on the same syllable would be beamed together. This ostensibly makes it easier to organize the syllables and notes together at sight. In the two examples in question, it happens that no two consecutive eighth notes are sung on the same syllable. This gives it the appearance that no beams are in use, when in fact beaming rules are being applied albeit to no effect.

Other differences from contemporary music notation include the doubling of note values (I would guess it to be sung at a jaunty tempo?): assuming the song is sung around the same speed I'm imagining it to be, I would expect modern notation to write those quarter notes as eighth notes. It seems a bit out-of-touch to have quarter note values represent that kind of vocal melody in the modern style, especially marked "Moderato". In the style this sheet music embodies, it is correct, but this seems dated to me.

As for why this was done? Some shallow research declares that "Ridin' Down the Canyon (When the Desert Sun Goes Down)" was published in 1941, and "When It's Springtime in the Rockies" was first released in the late 1920s (Autry's version out in 1937). These songs are 80 years old by now, and it would not surprise me if the older style of vocal notation was still in some prevalence at the time of writing. Especially so given the genre - country/western music tends to thematically embrace older times, so even if the old style was no longer the most common, I could see a writer/publisher choosing this notation convention out of respect for the history of that kind of music.

It is a common standard in vocal music to notate every syllable independently and not to beam them.

Beams are reserved for singing multiple notes on the same syllable. 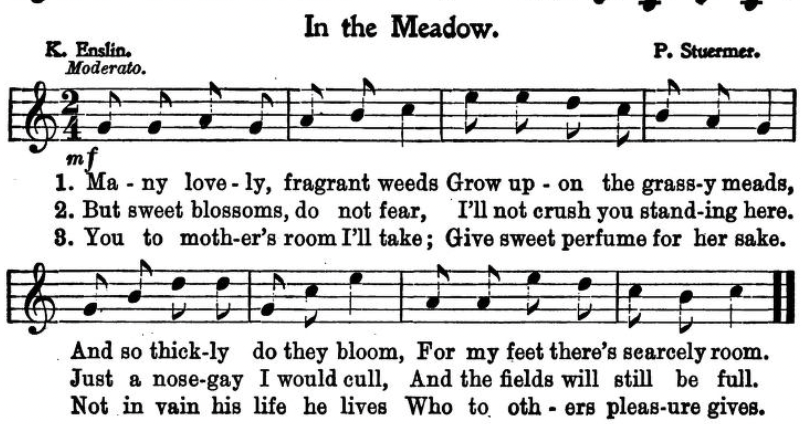 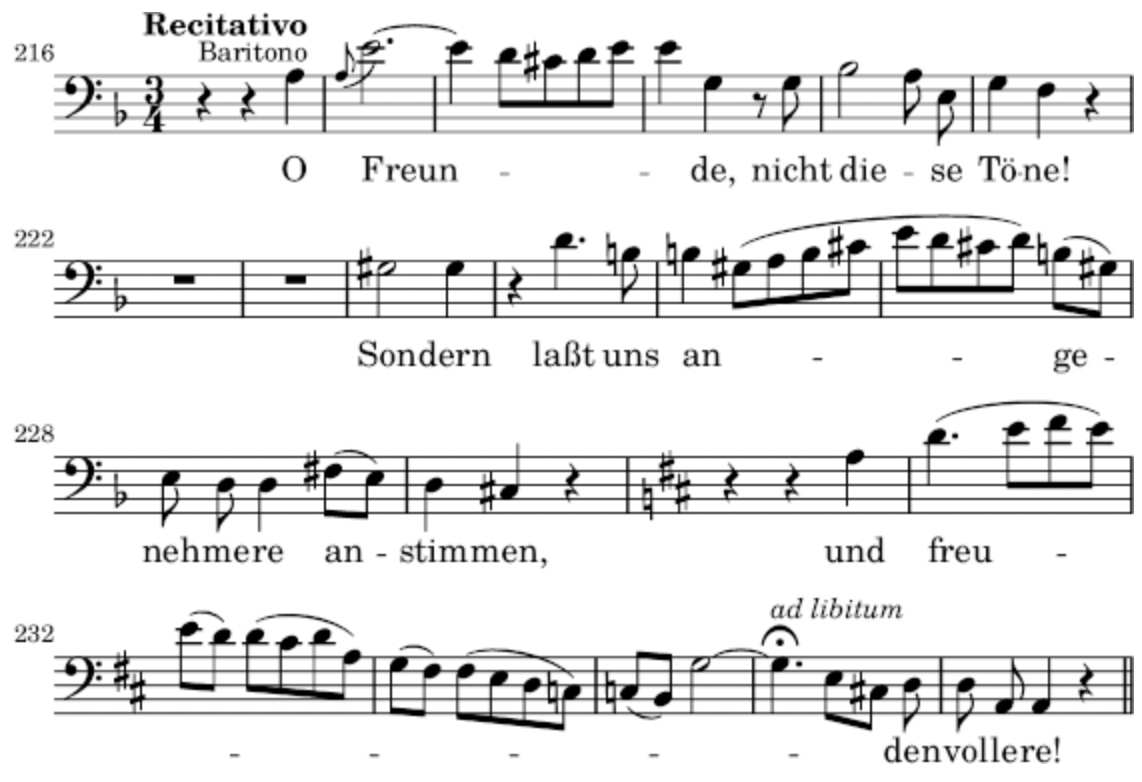 It's the old style. OK, it shows where the syllables come, and where there's a melisma (more than one note to a syllable). But it obscures the rhythmic patterns of the music. It might have something to do with vocalist's legendary inability to count! (And I don't altogether offer that in jest.)

The modern style is to beam to the rhythms as for other instruments, and to indicate melisma with a slur.

If there was any real advantage to the old style, it escapes me.

Not the answer you're looking for? Browse other questions tagged notation voice sheet-music beaming or ask your own question.

8
Is the beaming of this score following a vocal practice or it is just outdated and obscuring the beat?

3
Notating Original Songs for Musicians
4
Singing the third instead of the root/melody
0
What features are important in a simple keyboard for vocal training?
1
Beams in classical vocal music
2
My voice is suddenly gone
2
Why do certain vocal melodies work in context when those same melodies would sound dissonant on instruments?
4
What are some strategies to compose a rather simple melody?
29
Why can I easily sing or whistle a tune I've just heard, but not as easily reproduce it on an instrument?
1
How to personallise songs to fit my voice in audacity
6
Does voice doubling an instrument's melody while improvising have a name?