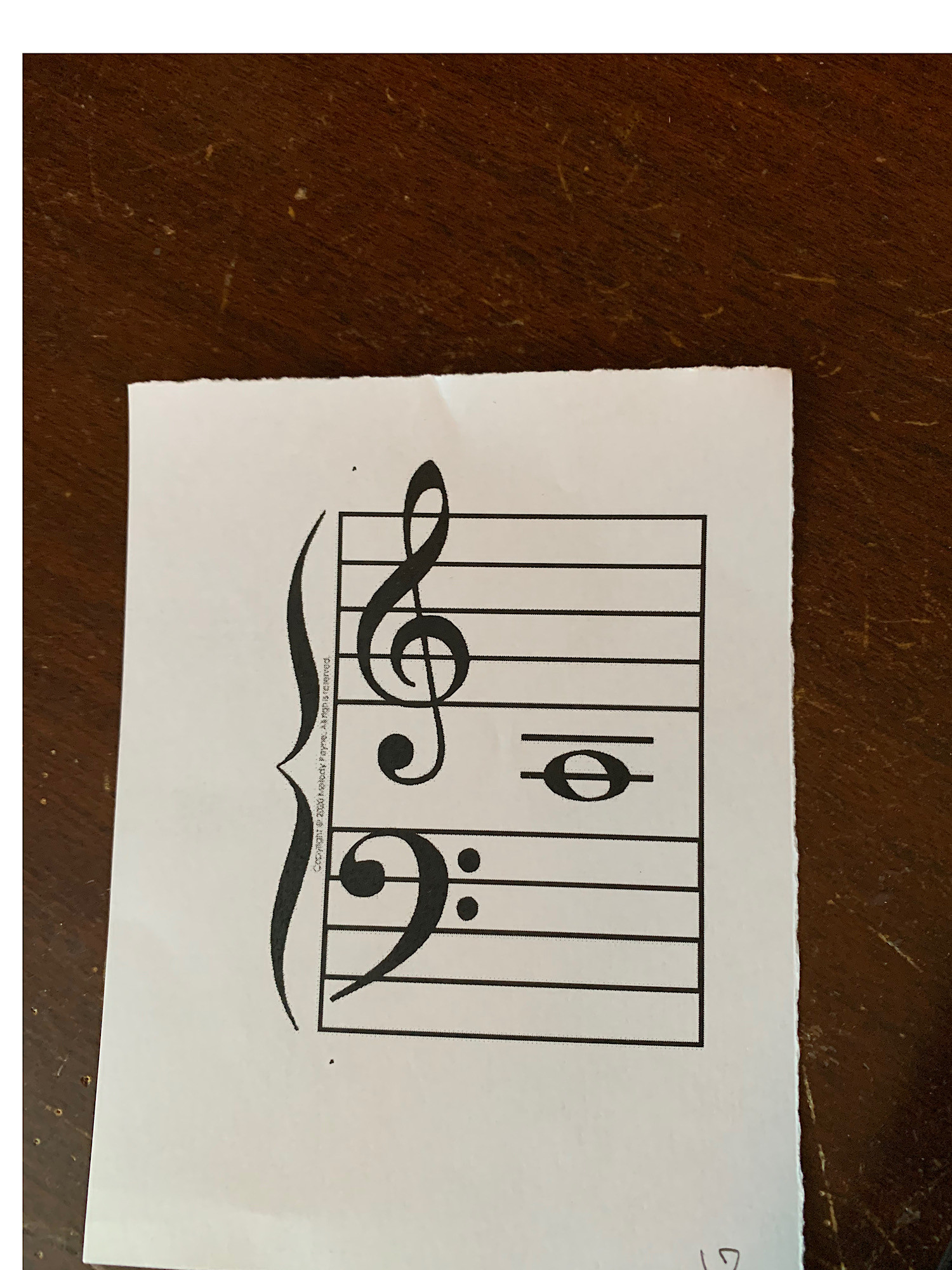 I have a sheet with 2 lines between the treble clef and the bass clef, with a note shown on either one. What does it mean? It looks like competing middle Cs.

Returning after many years to piano.

"I have a sheet with 2 lines between the treble clef and the bass clef, with a note shown on either one. What does it mean? It looks like competing middle Cs."

If it wasn't for the second ledger line, above the note, it could indeed have been a middle C, belonging to either stave.

But that line fixes it as an A below the treble stave. If it was C in the bass stave there would be no need for the extra ledger line.

Why write it that way? Well, as a single note (A in my example below) there's not much point. But B could be useful. C is another possibility, when the RH needs to take an even lower note. Or when writing out a scale (D). 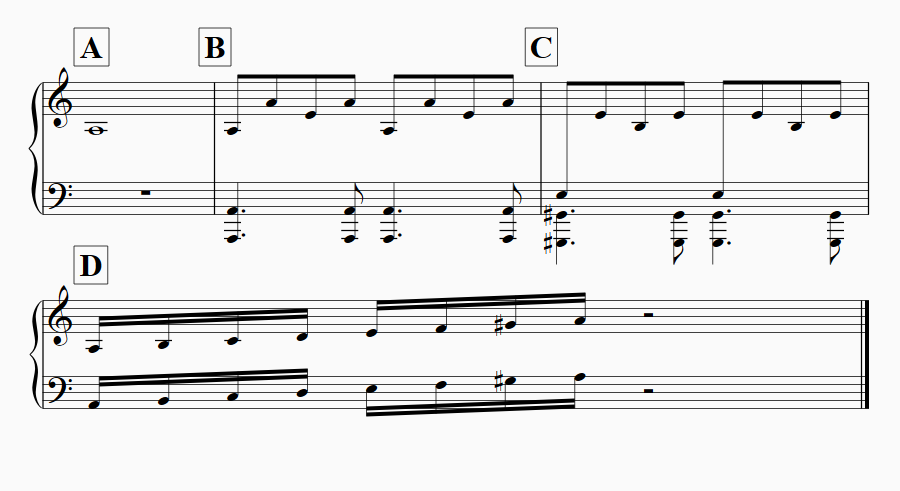 Note that there is one special ledger line for C. That's kind of the 11th line - a temporary one in between the two staves, only coming into sight when needed, as in when middle C is shown, for example..

As we can see in this picture:

the notes around the middle C can be notated with ledger lines for the r.h. and l.h. The note requested (2nd ledger line = A) is identical with the note on the 5th line of the left hand staff.

The lines below the treble clef are called ledger lines. They are used to extend the staff upward or downward past the normal 5 lines.

In your example, the note would be an A.

24
With regards to piano sheet music, when are you supposed to press the pedal(s)?
10
In piano music notation how are notes distributed between the staves?
16
Chord stretched across treble clef and bass clef
5
Two dots below a note in the Bass Clef
8
What symbols on piano sheet music show what hand should play what?
1
I don't understand this rhythm notation
6
Two different clefs at the start of a piece on the same hand
4
How to notate a phrase than goes up and down several octaves
5
Lilypond: Putting left hand notes on treble clef - one more question