Rolled chords: how much flexibility in the rhythm?

Best way to illustrate this question is by example, looking at Liszt's transcription of Beethoven's 6th symphony, movement 2. Compare 9:30 in:

to the very start of:

In the second video, Glenn Gould really takes his time on the rolled chords. Is this okay? Or should I somehow try to get it up to the speed that Dalberto has it (first video)? Glenn Gould's kind of breaks the metronome, I'm wondering if that's common/acceptable practice.

There's a real challenge, especially in measure 7 (see screenshot below). Some of those jumps have to be rolled, as I don't have Liszt's hands, but rolled kind of sounds silly especially in Gould's version. How to make it sound natural? 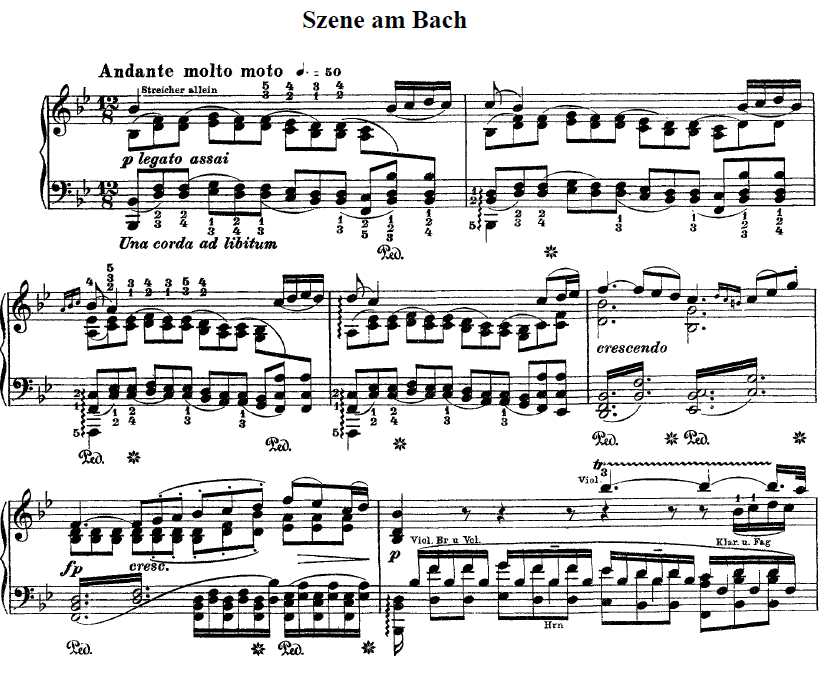 There are two questions here: general one first, then the specific one.

Rolled chords: how much flexibility in the rhythm?

A lot. The typical assumption is to play them very quickly, but musical context can dictate otherwise. For example, consider the rolled chord in the penultimate measure (62) of Chopin's Etude in thirds, Op. 25, No. 6. This chord is generally rolled quite slowly to help dissipate the energy of the rest of the etude. The Lento marking is also a major indicator. 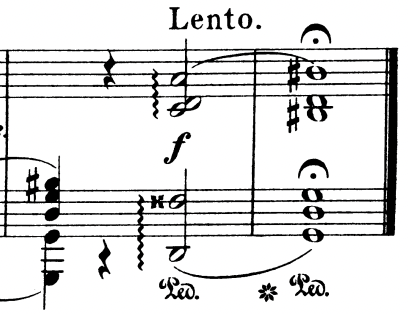 On the other hand, the rolled chords in the Chopin's Op. 25, No. 5, are clearly intended to be rolled quickly. 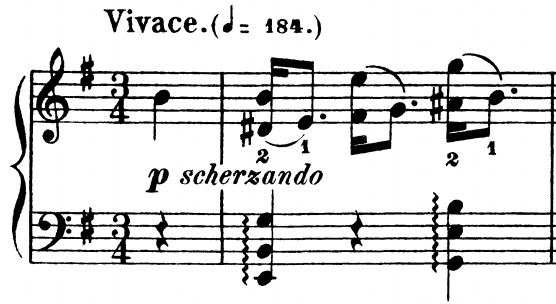 How should the Beethoven/Liszt transcription be played?

This is certainly acceptable, but extreme, and does take some getting used to if one hasn't heard this approach before. Gould in particular was oft criticized for interpretations that pushed the boundaries of what was/is considered acceptable.

Note that Gould never breaks time. The melody always in right on the beat. In m. 7 his rolls are quite fast.

I don't think he's rolling the chords at all. Instead, he's playing the lowest octave, picking up the remaining notes in the next chords. This is also a perfectly fine way to do it. Note that in m. 7 it sounds like he's not rolling the chords. That's amazing and makes me question my ears.

How I would do it

I wouldn't roll the chords. I would break them into two parts, treating the lowest note as a short of grace note and then playing the remainder of the chord. To me, this is closest to Liszt's intent: the bass, and everything else.

For the chords that are not marked as rolled, but which are too big for my hand (e.g., the final LH chord in m. 3), I would do a true, fast roll. For measure 7, I would play the lower two notes with fingers 5 and 1 (rolled if necessary), and then cross over finger 2 for the topmost note.

In the second video, Glenn Gould really takes his time on the rolled chords. Is this okay? Or should I somehow try to get it up to the speed that Dalberto has it (first video)?

It is really a matter of musical taste. Particularly when musicians with sky high reputations are involved :-)

These kind of questions and debates are not new. They have been around almost forever.

Back in the late 80's when Roger Norrington conducted Beethoven's 9th symphony in a sprightly 62 minutes some critics were outraged. For them Karl Böhm's 79 minute version was the pinnacle of performance for the master's work.

Not the answer you're looking for? Browse other questions tagged piano chords rhythm arpeggios performance-practice or ask your own question.

12
How does the Risset Rhythm work?
5
How to keep rhythm
4
How do I describe the rhythm in these songs?
7
How to play this rhythm precisely?
1
Confusion about the rhythm I use
7
What's the difference between a rolled chord and a broken chord?
8
How can I count this unusual rhythm?
1
How exactly do the rules of traditional voice leading apply to broken chords?
16
Why are there fingerings in Liszt's Beethoven's 9th transcription, a piece for a very skilled player who presumably doesn't need the finger markings?