Which staff's meter does note in one staff tied to note in other staff use?

I would go further and actually ask: are there two superimposed F# notes in the bass staff? A sixteenth and an eighth? And what's that eighth doing there? Which staff does it belong to? 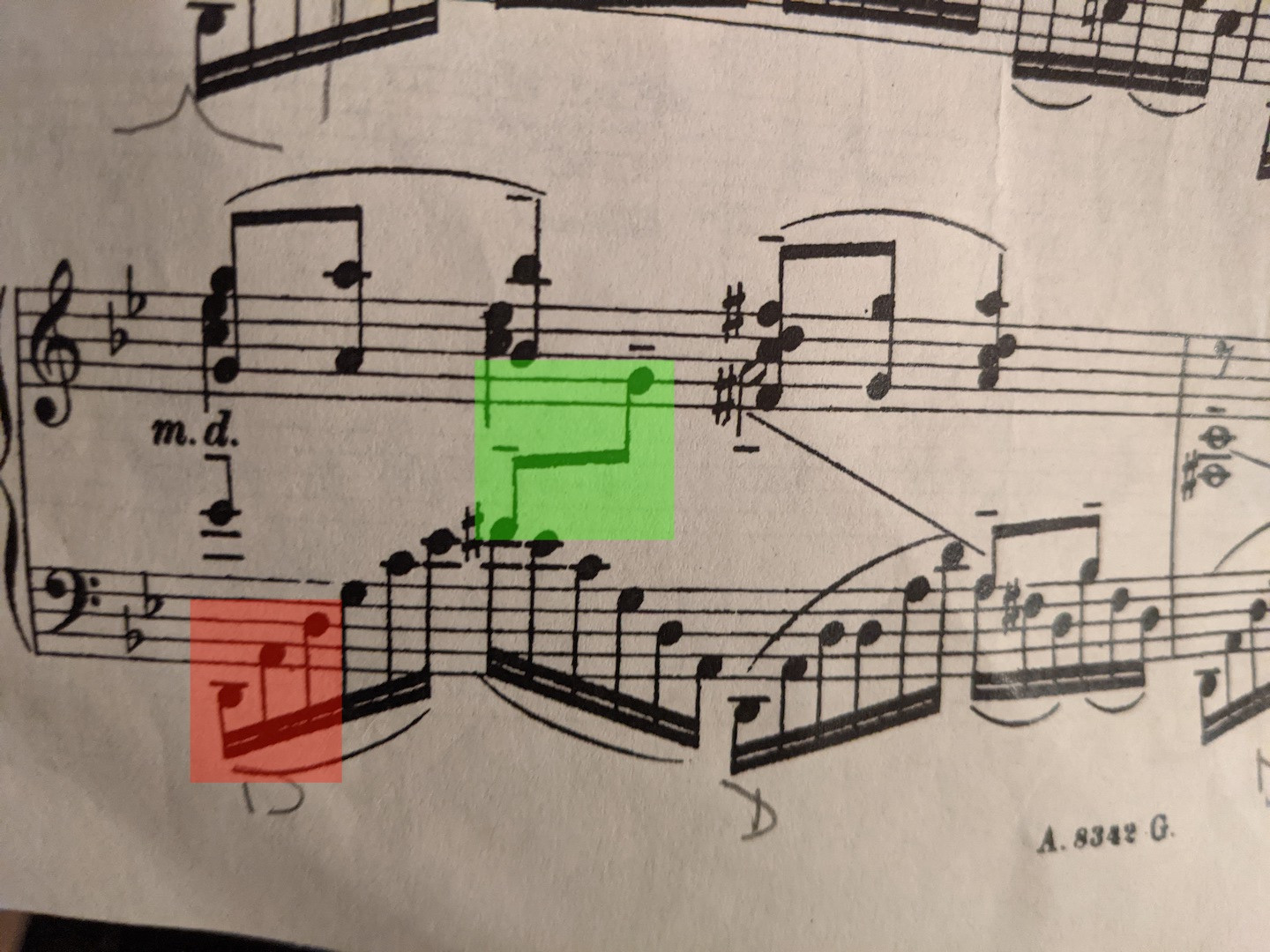 In this piece there are four distinct "voices" being played simultaneously.

Imagine this piece arranged for orchestra, say, and each of those parts would be given to a different instrument. It's just that the piano can play them all simultaneously.

So for the F# in question, it happens that two voices "sing" it simultaneously: the bass voice sings it as a triplet sixteenth note; the "inner melody" voice sings it as an eighth note. The two voices are indicated, in part, by the double stem. The bass voice continues its arpeggio down from the F#; the inner melody voice continues it up to the G in the treble clef. It's written overlapped to make clear that the left hand should take the note even though it is also a participant in the right-hand part.

Conceptually, the F# has both the length of a triplet sixteenth and an eighth note. When played, the eighth note takes precedence, since it's in the more emphasized voice.

The same situation exists with the G on beat one, which is the same G given in the right-hand octave on that beat. Rather than double-stem the note, it's written twice so that its progression to the left-hand F# is clear.

"Which staff's meter" isn't a particularly useful question, because the two staves have the same meter, which is C, meaning 4/4. Rachmaninoff uses sextuplet sixteenth notes implicitly in the bass voice, which is apparent because of the proportional underlay and because there are 24 of them in the measure. He doesn't write the usual 6 or 3 to indicate this, and he doesn't change the meter.

"Depending on which staff they belong in" isn't correct. The bass voice has triplet sixteenths, and all the other voices don't. The staff doesn't matter.

Actually, some eighth notes in the bass staff (in earlier and later passages) have the same length as those in the treble staff. But, more importantly...

and the same goes for eighth notes, etc.

This is called cross staff beaming. It's used as an alternative to ledger lines. In this case, the phrasing still belongs to the bass staff, but the pitch is notated in the treble staff.

You're working under a basic misconception.

No. 16ths (and 8ths, and quarters) are the same length everywhere. But those notes in the bass stave aren't 16ths. They're triplet 16ths. Three to an 8th note. It's just that the '3' is omitted. Naughty, but not uncommon when, as here, context makes it obvious that they're triplets.

15
How does "triplet feel" for eighth notes affect non-eighth notes?
8
Is there a name for this: text syncopates otherwise unsyncopated vocal music?
2
6/8 piano music with 4 dotted eighth notes
0
How to read and count this rhythm ?
3
The Names of Treble and Bass Notes
4
When does one use an extra stave for piano music?
3
How to play this rhythm?
11
Why use 5 or more ledger lines below the bass clef instead of ottava bassa lines for piano sheet music?
4
How to notate a phrase than goes up and down several octaves