Fingers to use while playing finger-style guitar

I have been playing guitar for around 3 years and am mostly self taught.

I know that the recommendation is to play the D,A,and E string with your thumb and the e, B and G strings with your ring, middle and index fingers respectively but I do not follow this standard strictly.

Should I start using the standard recommended method more or should I stick to the style that I find comfortable.

There are two well-established methods for fingerpicking. 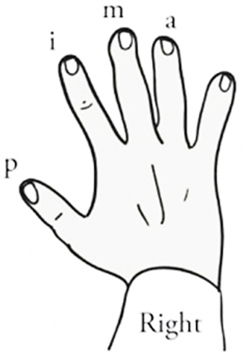 There is a more contemporary three-finger technique called Travis picking used on steel-string and electric guitar, named for the American country music guitarist Merle Travis. In that technique, one wears a thumbpick on the thumb, and also picks with the fingertips and fingernails on the index and middle fingers. 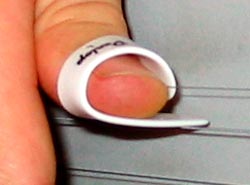 There is a third method. Some players use hybrid picking, where one holds a conventional guitar pick (plectrum) between the thumb and index fingers, and then uses the middle and ring fingers to pluck with the fingertip and fingernail. So that is the equivalent of three fingers. 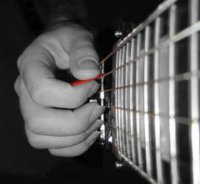 It depends on a piece. What if a classical piece has a passage of fast 16th notes which land on the bass strings? If you adhere to the rule that only the thumb plays those strings, it means having to play that passage with the thumb, rather than by alternately picking with the index and middle finger.

Or what if a bass line rises high, and is most easily played on the G and B strings, against a melody line that has a faster tempo? Usually, a slower bass line against a faster upper voice is easy to play using the thumb for the bass, and multiple fingers (e.g. alternating index and ring) for the upper voice. This is because the thumb is opposed to the fingers.

Or what if you have three or four note chords where the second voice is still on a bass string, and you want to sound all notes simultaneously rather than strum? You have only one thumb.

It is not necessary to strictly adhere to the system you described. While it can be a very useful base by which to fall back on, you should generally go with whatever fingers promote a more comfortable style of playing without stretching too far. You should generally use your thumb on the main beats in the bar, if there are other notes on the bottom 3 strings (E,A,D) in between the beats, it is normally a good idea to use the first-finger. In terms of the top 3 strings it is difficult to describe but you shouldn't always use the ring finger on the top E string - especially if your middle finger isn't doing much and can reach it without a stretch. If you're playing a picking pattern which involves playing the top three strings in quick succession however - it would be better to use all three fingers rather than jumping between strings with the same finger. It is generally about economising in terms of finger movement and sticking to the same fingering for a given picking pattern. Good luck - and remember there's no shame in taking lessons!

Because there are so many different approaches to right hand technique and guitar types as well as musical styles, only you can ultimately say which if any established method is the best approach for you. This to me (a 30+ year professional player and teacher in all styles) is the best part of being a guitarist. That said, all methods hold certain advantages and disadvantages to performing music on the instrument and obviously the best answer is to master them all but that will take a lot of time! Ultimately even once they have all been mastered the one you use the most may well end up being the method you currently employ.

Because you are questioning not using the ring finger I can only assume this is because you are working with a book, chart, or instructor suggesting a particular right hand method. Many classical guitar scores have both right and left hand finger notations which do use the 3 finger PIMA notation. If classical guitar is your goal I would strongly suggest PIMA and a good classical teacher to work on tone and technique but even in classical guitar there are works incorporating all five fingers if that is your goal Charles Postlewate http://www.charlespostlewate.com/ has done a lot of work advocating and teaching the 5 finger right hand method.

Above all enjoy learning and playing guitar where there is no destination and the journey never ends!

9
What's the reasoning behind discouraging the use of the pinky finger by some schools of finger-style guitar?

6
Beginner on guitar fingerpicking ? Using same finger twice?
9
Fingerpicking with my pinky finger
4
Is it okay to play a note on 4th fret with ring finger?
17
Importance of using all fingers while playing guitar
2
What's a standard fingerpicking grip when both the A and high E are "fingerpicked"?
4
Any Tips to Master Fingering with Piano Chords?
6
How do I get a nice attack while fingerpicking?
1
I'm developing an unusual picking style while playing fingerstyle on acoustic guitar - Will it create problems for me in the future?
9
What's the reasoning behind discouraging the use of the pinky finger by some schools of finger-style guitar?
1
Cannot stretch my ring and middle finger away from each other when playing guitar