I am missing something basic, I spent hours searching for docs for no avail. Sometimes LilyPond can be really frustrating.

Look at this picture:

Obviously, ppp overlaps with the bar line. According to documentation, I tried using DynamicText.extra-spacing-width, but it has zero effect. Here's the code:

If I move \override ... right in the front of \ppp, it doesn't overlap, but LilyPond complains then with "Unattached AbsoluteDynamicEvent".

I run into this a lot. I find that using an X-offset works:

This looks like a bug to me. For extra-spacing-width to work, both of the objects that should avoid each other must have some width and some height. You can visualize the "skylines" that LilyPond uses for distancing using

(it's expected that the ones from the lower staff are vertically off by some amount; horizontal skylines are built before line breaking, when we only have an estimation of the distance between the two staves). 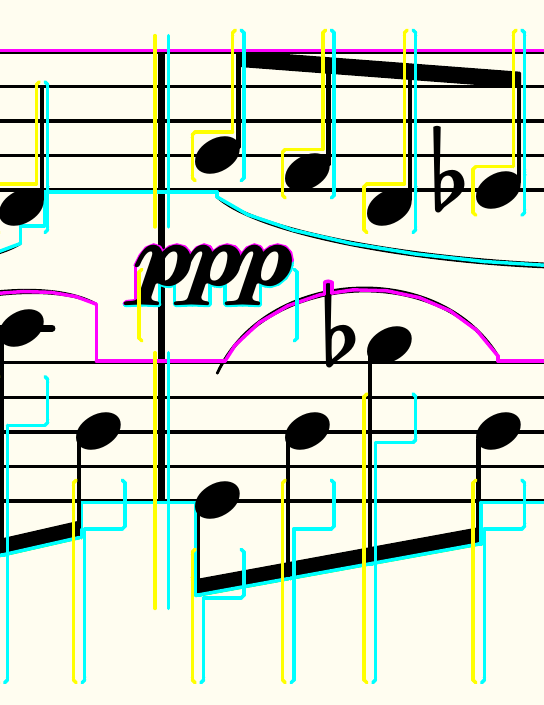 You can see that the problem is the SpanBar not receiving skylines; this is because it has no height, so the interval on which it is considered to collide is not known.

For now a workaround seems to be

(there must be a reason why it is not in the current code, so be aware that it could have bad effects in cases that I have no considered).