How do you play a tremolo attached to a stack of notes on a piano?

How do you play a tremolo attached to a stack of notes on a piano? (Is that the right wording?) I put an example below. 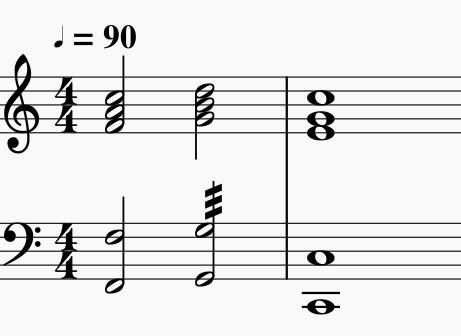 I've seen this sort of pattern several times in piano arrangements of popular music. Does it mean that I should repeat 32nd notes for the duration of a half-note (minim) as in the image below? That seems unreasonably fast to me.

Strictly speaking, Musescore will play back the first image like the second image - 32nd-note octaves. Pretty unreasonable, but the first image's music is arguably written incorrectly.

If those composers meant you to play the third image, they should have written 2 half-note G's an octave apart with 32nd-note beams in between them for the tremolo.

Punish those music writers for their mistake - be stuck attempting the octaves. From what I recall from seeing copyists' versions of early 20th-century piano music, they wrote their tremolos correctly for the most part with the two notes with tremolo beams in between instead of what you got in your first image. Whoever wrote your first image was sloppy and will get their music played incorrectly or with much difficulty.

The top idea is pretty impractical, so the bottom one is the way to play this tremolo. It doesn't have to be exactly that number of notes - who's counting?! As long as you fill the two counts, and arrive at the next bar in time, that's fine.

Another way to write out tremolo would be to use two minims here, one top, one bottom G, and put the tremolo marks between them. That then looks like there are too many beats in the bar.

Not the answer you're looking for? Browse other questions tagged piano technique tremolo or ask your own question.

3
Is there a name for this guitar technique for Paganini's Capriccio #6?
1
How should I play/phrase an anacrusis (aka pickup)?
6
Trills, Tremolo and forearm movement on the piano
1
Music for Piano, Frangis Ali-Sade
8
Are there specific injury concerns I should watch out for with piano tremolo exercises?
5
In a piece for piano and vocals, when I move the vocal part down an octave do I also need to move the piano part down an octave?
4
What does tying an acciaccatura to the principal note with a slur imply?
6
How do you notate a tremolo of indeterminate length?
2
How do people play fast tremolo on guitar (with a plectrum)?
5
How to play a tremolo between a rest and a note? (piano sheet)