Are these chords tied (not played again) or is only the top note tied?

In the recording it sounds like the chords are simply tied... I've been playing piano for 20 years and this seemingly simple question is escaping me. Any help would be appreciated!

The piece is "Caprice in E-Flat" for Piano/Violin by Wieniawski (Kreisler arr.) (from Wieniawski's L'Ecole Moderne, Op. 10, No. 5 "Alla Saltarella"). 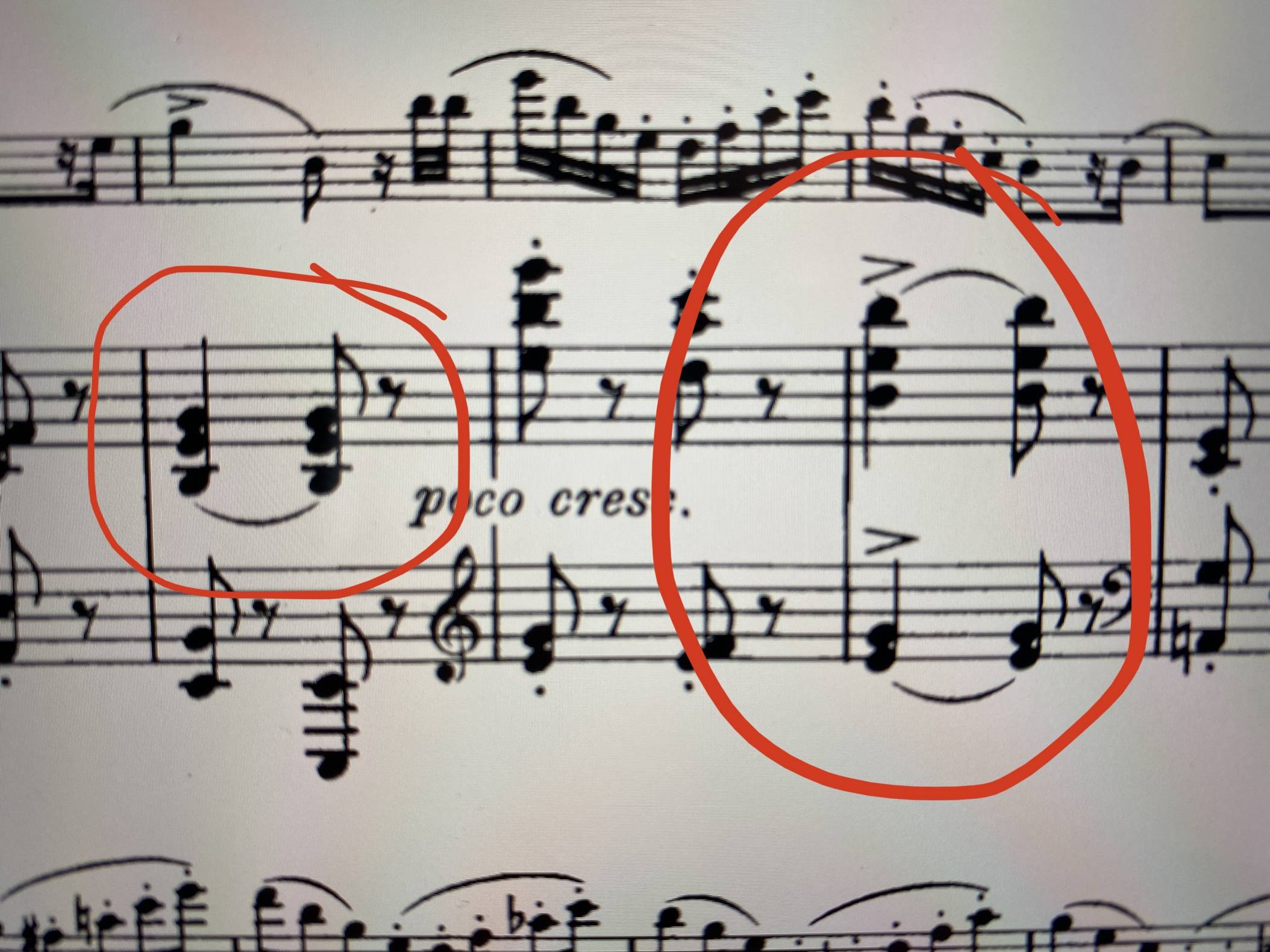 The chords in question should be fully tied — no repeated notes.

Although the notation is ambiguous, the music demands ties. The tied chords occur at the ends of musical gestures, and a repeated chord in the piano would interfere with the violin. The editor's reasoning for tie-ing only the top and bottom notes seems to have been (an attempt) to clarify them against the violin part, rather than writing them as dotted quarter notes. 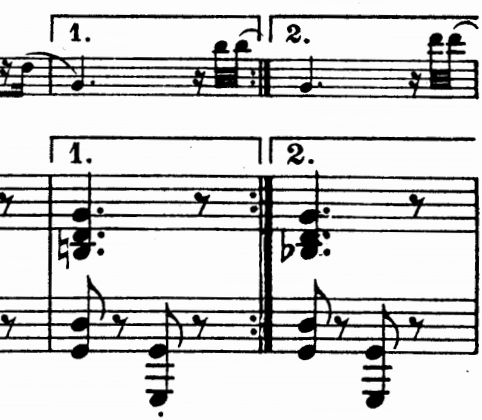 Elsewhere in the piece, the chords are tied as expected. For example, measure 24: 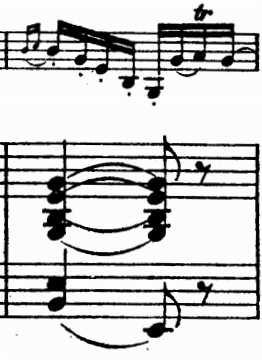 The strict interpretation of this notation is top note tied over, repeat the other two.

I wouldn't be surprised to learn the composer's intention was something else though!

And it could just be sloppy engraving.

There are some typesetting conventions and inconsistencies involved here revolving around the difference of slurs and ties. A slur indicates that there is no separate release of the preceding note (when the note pitch is not continued, the release coincides or even overlaps with the coming attack), a tie indicates that the release is postponed and no new attack is given, prolonging the preceding note value.

Slurs are conceptionally from note column to note column, ties are from note head to note head. So one typically gets one slur per voice, with voices usually recognised by having their notes connected by a single stem. The ends of this slur may start from above/below the top/bottom note head and may even encompass the stem. Sometimes for chords double slurs are used, namely one at the top and one at the bottom of the note column.

The chords you are asking about apparently use that convention. However, it is rather clear from the musical content that here not slurs but rather ties are intended. In that case conventions call for one tie each from every note head on the left to the corresponding note head on the right.

This kind of typesetting error resulting from the confusion of ties and slurs is comparatively common with the output of typesetting programs where the editor entering the music does not understand the difference and does not use the program's facilities for specifying either.

I am not sure this is the case here, but as a player I'd clearly interpret this as tied chords even though it is notated as slurred chords (ties tend to be flatter and more to the side of the note heads they correspond to).

There's little point, in 2/4, to not make those note clusters dotted crotchets. That would clear it up nicely. Then we wouldn't need a question about them!

Not the answer you're looking for? Browse other questions tagged theory piano notation or ask your own question.

6
Chord progression if the chords are not part of the scale?
2
Are these dotted and tied rhythms equivalent?
2
Tonicisation of Secondary Dominant in D Minor
0
Music reading or memory
0
understanding flats in a score
2
How to label a transcription
0
Can I play other digital sounds (e.g. flute, trumpet) off a digital piano? How?
2
Are there existing paganini no. 1 caprices for piano?
11
Thinking about the notes when playing a piece