The "TADA!" sound effect sounds wrong when I play it

It's obviously very much a beginner's question. While attempting to play this "TADA" sound effect, I noticed that on the website it's written just C. But when I press C twice it does not sound the same. How to achieve this?

Now that I checked the link with another browser and could actually see what exactly the notation was... I still think that it's a valid beginner question, but for slightly different reasons. ;) Here are the relevant bits from Chordify.net: 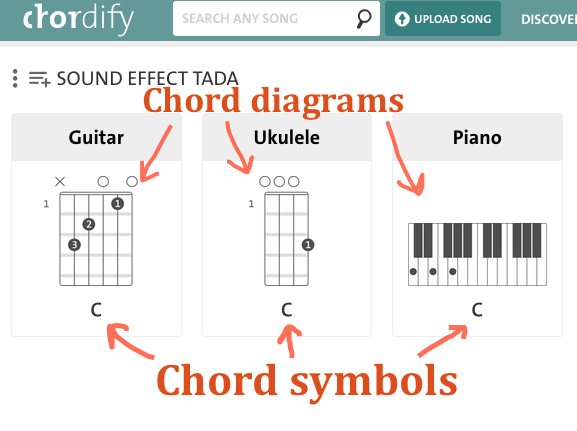 When you see the letter C, you have to figure out from the context, whether it means the C note, or the C major chord, or e.g. a time signature. In a time signature "C" means "common time", 4/4.

This a valid question, and the notation is not self-evidently clear. If you know that "C" can mean a note, you may not know that it can also mean a chord, which is a different thing. Or if you know how to play "C" on the guitar or ukulele, you may not have realized that the thing you played was a chord, not a single note. I recently had to explain this to a beginner guitarist who had been playing "C" and other such things on the guitar, but had not been told about chords and notes. That information opened a new world for him. :)

In the following pictures, the letter C is used in two different meanings: chord symbol and note name. 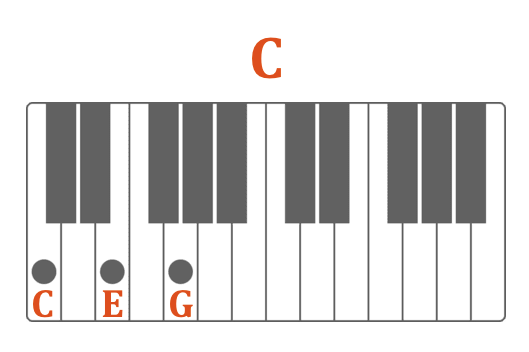 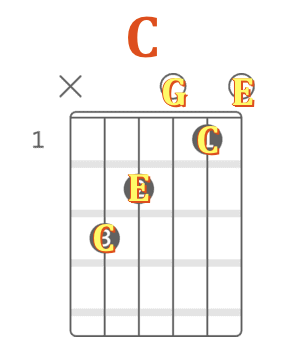 It's not just a note - it's a major chord. So using C as the example, you need to play C E G, or C E G C. Play around with those notes, to find what you hear is the best combination. Maybe a lower C note will do it for you.

48
How to know what notes will go together while improvising?
10
Is there a name or common usage of this piano damper pedal effect?
7
Chords and Intervals - Unison
14
How important is to reach the bottom limit of the key when pressed?
3
Digital piano: adjacent notes make wavering "wobble" sound when played together
8
Representing the snapping of the damper pedal to create an ambient tone in sheet music
7
Synthesized polyphonic sound completely different from the “real” one
2
Does a Dirty Piano on the Inside Affect Action and Sound?
7
Why do people look directly at the keyboard when playing piano in videos?