I'm diagnosed with Asperger's' along with I have fine motor skill deficits, although they have improved with age. (The real life tasks I couldn't learn at all are swimming, bicycling, catching a ball, and hitting a ball correctly with a bat. I have trouble with tying and untying loops and knots, etc.)

It has been about an year I am self learning guitar (I can't go to real teacher due to the corona situation), practicing simple short monophonic melodies, and I am facing trouble specifically with muscle memory part. I feel obliged to keep the guitar flat and horizontal on my lap to directly see the fretboard. My ears are sharp enough to detect if I strike a wrong note but I am facing:

And a lot of others. Various areas of proprioception, muscle memory and kinaesthetic awareness.

I am proceeding slowly but steadily. Kindly provide some insights and lesson plans to to proceed guitar learning while having fine motor issues.

PS. I am particularly good at finding lost cellotape end just by touch and I'm also good with passing thread through the needle eye. Can these skills be exploited for guitar playing?

I also have [very mild] Asperger's. I don't have the motor skills issue [I do, but mine was from carpal tunnel 30 years ago, not Asperger's] I just have the 'social skills' end of the scale, combined with a need to always know where my keys are.
[BTW, I treat it lightly because I got through the first 50 years of my life before anyone thought to actually give it a name - way too late for me to actually worry about it;)

First thing is to not think about what you can't do, but what you can do. Then progress to what you will do. You basically have the same hill to climb as everyone else. Learning to play any musical instrument is hard, especially in the first few years. That's why most people give up. They never feel like they're up to the skillset of people they hear on the radio.
There's good reason for that - they've either been doing it a whole lot longer, or fall into that really rare but annoying category of "people for whom this is easy". That's not a common category, but by the time any player has bubbled far enough towards the top to be noticed by the general public, they're already in the 99.99th percentile.
Any new player is not only 5 or 10 years behind that curve, but also being forced to listen to people who can do it already, just to make them feel worse about it;) That's the point at which you do not give up.

So, practically.
Stop playing it on your lap. All you can ever learn that way is a set of bad habits it will take longer to unlearn than it did to learn.
Get a strap, stand up. Yup, that's harder as a beginner, but it does reduce the tendency to look, mainly because it's harder to see. It also makes your wrist feel like it was never designed to reach over in that way - but every time you see a guitarist on TV… that's just what they're doing. They just had longer to learn & get used to it.

Nobody hits the right string without looking to start with. Even a normally-able player will find it much easier to play simple strumming patterns for the first year or so, rather than making their pick hand find the right string every time. Many people also struggle with not only getting the fingering for each chord, but being able to swap to the next without stopping to look. It's as though the human hand was never really designed to form those shapes. It can do, but it takes a couple of years before it feels like it can. For single note melody lines, you're also wondering why the heck someone designed it so there's two frets between some notes but only one fret between others; then you have to change string & have to concentrate all over again on what your other hand is doing. Then you discover one string doesn't fit the same pattern as all the others so you're one fret out.
It's a nightmare. Who on earth designed it this way? Are they just doing it out of cruelty?
Nope. It actually works best that way - but you're still playing catch-up to the people who figured it out before you.

Think about catching a ball. The set of complex mathematical equations needed to describe that is actually really, really difficult to do. A human just 'guesses'. You don't work out the numbers, you use experience. After a while you can do it, experience forces behavioural patterns into the brain which can "just catch". Ask anyone how they do it & very few people could explain it.

This all comes with practise.

You don't really have to force yourself not to look, you just find that over time you need to look less. If you find some nice simple song with only a few chords, then you can ease yourself out of looking every time by pretending you're performing to an audience - so you have to face front & sing to them.

Aside from general advice which I put in the comments: By finding cellotape ends, it sounds like tactile sense is a strength for you; and many of the sports you report difficulty with (catching/hitting balls) are actually larger motor skills than threading a needle. These are so-called "hand-eye-coordination" activities. If I were teaching you violin, and experimenting along with you on what works for you, I'd actually suggest relying less on sight and more on tactile sense. If you were to try learning with your eyes closed, in some ways it would be much harder, but in some ways it might be easier. As you point out, the goal is so-called "muscle memory"; experienced players don't find strings or frets primarily by sight.

If you were to experiment with learning with your eyes closed, you'd have to simplify your exercises. Instead of entire melodies, maybe start with simple repetitions of notes: Move one finger from the first string (the highest-pitch string, E) to the same fret on the second string (B), then back to E, and back and forth. When that seems familiar, maybe skip from the first string to the third. When that is familiar, maybe first to fourth, and so on. Playing scales would also provide a systematic way to move by only one step at a time and only one string at a time.

Of course such exercises can be boring, so feel free to play other material as well or even improvise, but the best way to learn is in small chunks that build on each other.

My strategies are as follows:

Solution: Reduce stress on muscle memory by using a backup of visual memory

Instead of not looking at all; I am taking help of visual memory. At first I am sketching the relative positions of the frets (and selected spots to play, by thick, coloured dots). Then closing my eyes I am trying to visually remember the location of coloured dots (instead of trying to remember the amount of hand-shift to reach the frets). After the mental picture gets stronger I am translating it into muscle memory (as if i am seeing the fretboard and playing it).

So you can say instead of a purely kinaesthetic map of the guiter I am making a visual version of the memory, and later translating it into finger movement.

Also whatever melodies I am playing, I am sketching the note sequence as done in piano roll apps, and scribbling marking the beats, ups downs on them.

My goal is to reduce the stress on kinaesthetic memory, so cramming rote-memorising a visual photo-copy of the fretboard helps me as a kind of "guard-rail".

Problem-3: Left/ right and Up/ down confusions 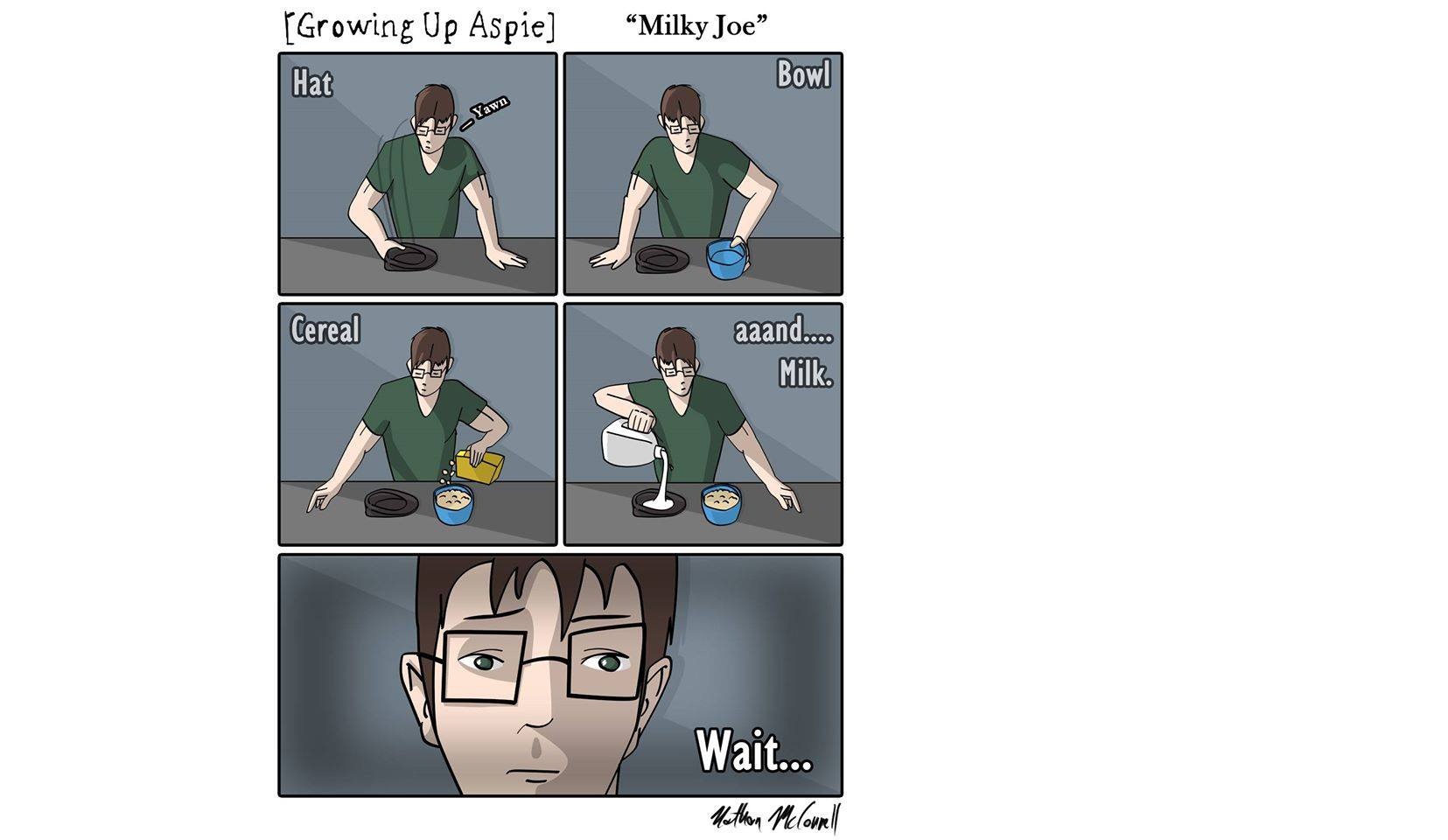 I don't really know if there is a technical name for the problem but it is related to executive function and interference.

Suppose every time you try to play D D# D# D, you are playing D D# D# D# or D D# E E. You perfectly recognised the note place yet yet the finger actions totally messed up.

Not the answer you're looking for? Browse other questions tagged guitar practice or ask your own question.

6
How to ensure the fretboard hand and the plucking hand are working on same string?
2
Finger precision
1
Controlling finger reaction

18
What value does practicing have without paying attention to what you do?
6
How do you build guitar 'muscle memory' faster?
2
Remembering the Chords
4
Fingers don't feel thinnest strings well
0
How to find to the right strings of a barre chord by feel?
3
My muscle memory is tied to my auditory sense: is there a name for the phenomemon?
1
Controlling finger reaction