How are backup vocals notated in sheet music (score order)?

Many pop songs have a lead singer singing over instrumentals. However, on certain phrases, the singer may be joined by a backup singer who sings the same words and rhythm but harmonizing above. How would this typically be notated in sheet music? For example,

I am not very familiar with vocal music and how it is notated in sheet music. Apologies if I've used incorrect terminology.

This is very anecdotal, & I of course can't speak for all productions, but way back in the mists of time [the 80's] I used to do session BVs on occasion. Usually rock rather than pure pop bands, when people wanted what they would at the time call "Queen blocks" - huge vertical cliffs of vocals, from as low to as high as anyone could reach. I had a 3 1/2 octave useful range without falsetto, so it was a good time to be a singer for me.

I never saw a dot written, ever.

You walk in, they play the track, twice if you're lucky. then as that's going, someone will be saying - 'Yeah, right about here we need a bit af doubling on the lyrics, then you get an ooooh, oooeeoooh, to bridge that to the next line. Wanna give it a go?'

…and then you're on. Make it up as you go. The Producer will pull you up if there are better ideas or changes of mind in the control room.

Once you've got the basic structure down, you'll get instructions such as, "Let's get another couple over that, then one under. When we get to the big stuff in the chorus we're gonna block it up all the way' This will involve stacking maybe 6 or 8 different parts, depending on the complexity, with 2, 3 or four tracks of each to keep it smooth.
in some cases you start with 'the obvious' lines, the notes that make up the chord & transition with the melody. Then often after that, you get some 'squeeze & thicken'. This is the tough one sometimes. You try to find every possible note in the extended chord that hasn't been used yet;) Adding 4ths, 6ths & 9ths etc to otherwise solid majors to create 'cornflour'… thickener.
People don't really notice these notes, they tend to be buried back in the mix. But they generate a smooth 'wall' of vocals, very useful in many genres to 'thicken & glue' the BVs into a solid block.

All of this comes through 'skill & judgement', casual conversation, ideas from the producer &/or artist & a lot of trial & error.

I can't link to anything I did back then, but this is a snippet of something along those lines I did maybe 15 years ago, which I own copyright on, as an example of this 'fill every hole/cornflour' approach. It's just two simple choruses, one with & one without instrumentation. The block isn't quite as wide as we would be doing back then, but it gives you an idea.

Standard score order is that solo voice(s) are placed above the choral (or, in this case, backup) voices. By that standard, the lead vocals would be on the top staff, and the backup vocals would be on one or more staves below that. It would be your choice whether to combine two or more of the backup voices on a single staff (e.g., one staff for high voices; one staff for low voices). 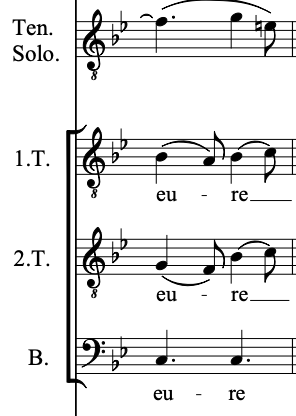 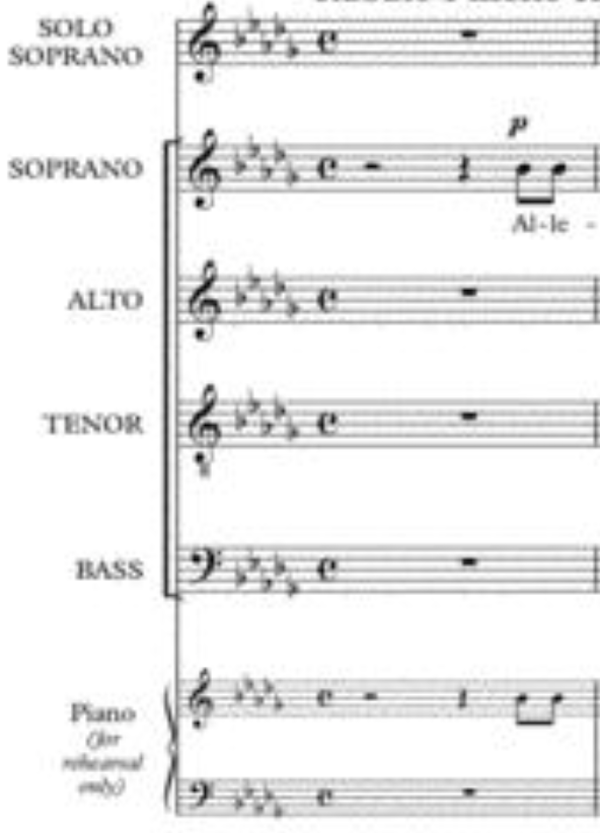 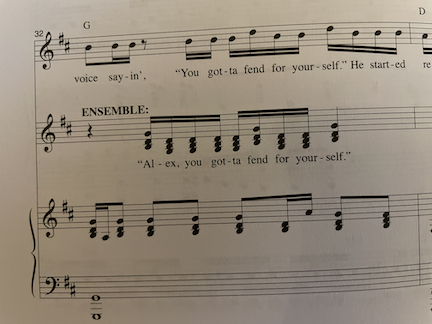 Not the answer you're looking for? Browse other questions tagged notation voice sheet-music or ask your own question.

7
The Musical Effect of a Unison Ensemble
3
Notating Original Songs for Musicians
4
Lead sheets vs score at vocal auditions: Changing standards?
7
How does one know if a score is notated well?
8
Do contemporary singers sound “wrong” without a microphone?
3
Would a tenor have trouble singing in a baritone range?
1
Instrument cue names on separate page
2
Why are baritone vocals written one octave higher in the treble clef?
1
How do opera singers get their music?