Having trouble identifying the chords of sheet music

I've been having a problem trying to find the chords of sheet music. For example, the song, All the Things You Are.

Question:
How did the person writing this know what chord is in each measure, it's only like one or two different notes per measure, so I'm not understand how they could identify the chords.

For a further example, on the 5th measure, the chord is Bbmaj7, but there is only a D being repeated 4 times, how did they know that it was a Bbmaj7? 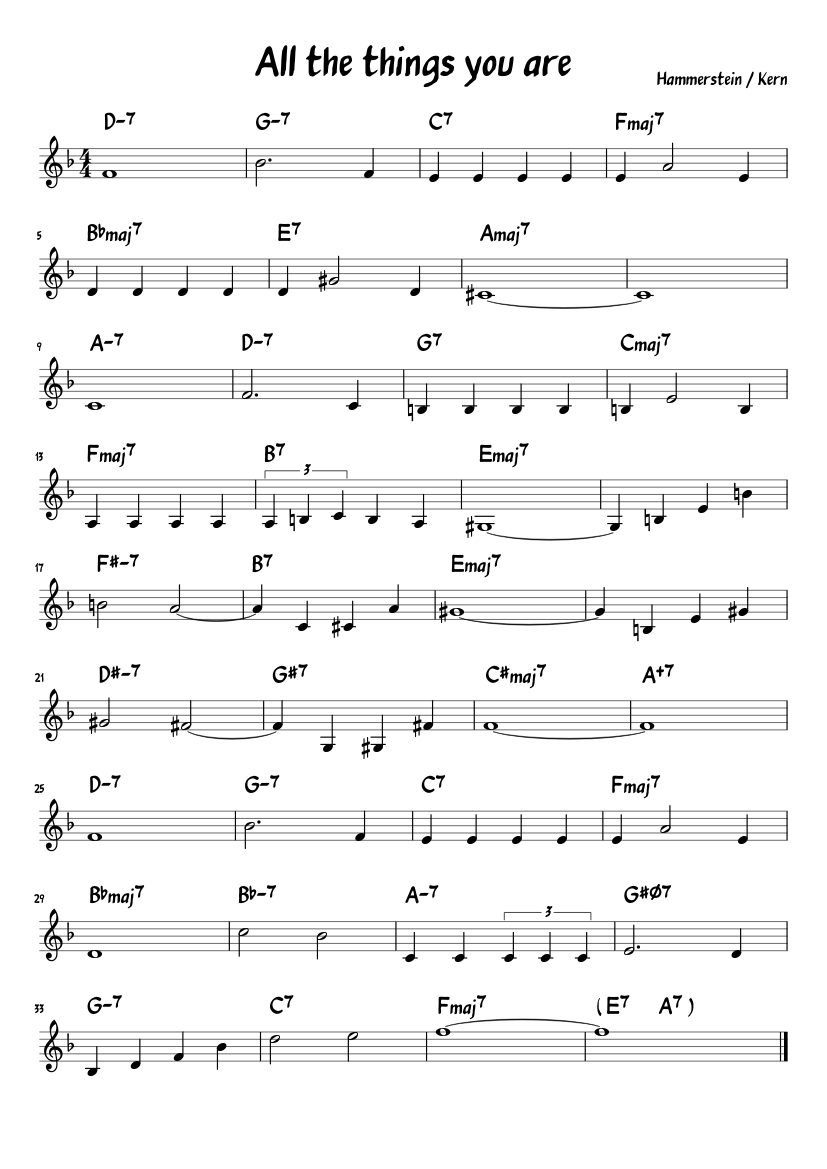 You're looking at what is called a "lead sheet". The intention is to provide the melody and basic harmony (chords) of a song. The chords are derived from the originally published song, or, in some cases, the song was composed initially as simply a set of chords with a melody. For example, Miles Davis's "So What" and John Coltrane's "Giant Steps" were sketched as lead sheets; whereas "All the Things You Are" was originally fully composed.

Probably because the composer wrote that chord when the music was composed. He probably wanted that particular sound or feel related to the melody.

So whoever published the sheet music has seen the original music and therefore seen what chords the composer wrote in relation to the melodic line.

The colour of the melodic line is closely connected to the chords, so it is important to have the chords that is intended to go with it.

'How did they know?' Maybe they didn't !

Notice a couple of things. The sequence moves in 4ths, which is a common enough way. Think ii-V-I, used a lot in jazz, but also in lots of other music. The ii sounds like it wants to go to V (1 4th up), which then wants to go to I (another 4th up). So the 4th bar (Fmaj7) would move naturally to B&flat(maj7), and if the composer wanted to write Ds there, they would fit (M3).

Also, virtually every bar has a note or notes that are chord tones. So whatever notes go in a particular bar, generally speaking, they will be found within the prevailing chord. Music tends to work that way. Most tunes can be seen to have harmonies that reflect notes, or notes from the harmonies are found in the bar.

As far as 'how do they know?' goes, most composers have either the melody or the harmony in their heads while writing, and sometimes both pop out simultaneously. Mainly due to experience of what goes with what.

Pretty well any piece can be re-harmonised - let's say in key F (ATTYA), the note F itself works over an F chord, a B♭ chord, a Dm chord, a Gm7 chord, to name a few. And, with particular reference to jazz, any set of chords can have competely different melodies played over them. It's what we do! Although it's hardly a new phenomenon - it happened in Bach's day, and well before!

2
How do I play this?
3
Identify the chords
2
Understanding Piano Sheet Music w/ Guitar Instructions?
12
What exactly is a beat in sheet music/music?
3
Identifying chords with multiple extensions
8
How to accompany with piano in latin music when given only chords?
4
Need help reading piano sheet music
5
Finding the corresponding chords from sheet music
1
Reading piano music sheet for left hand play