How to conceive 1st inversion chords: intervals vs. note-names

In other words, would an experienced composer write chords fluently remembering and recalling the notes in a chord or knowing the intervals formed amd writing them in that way. 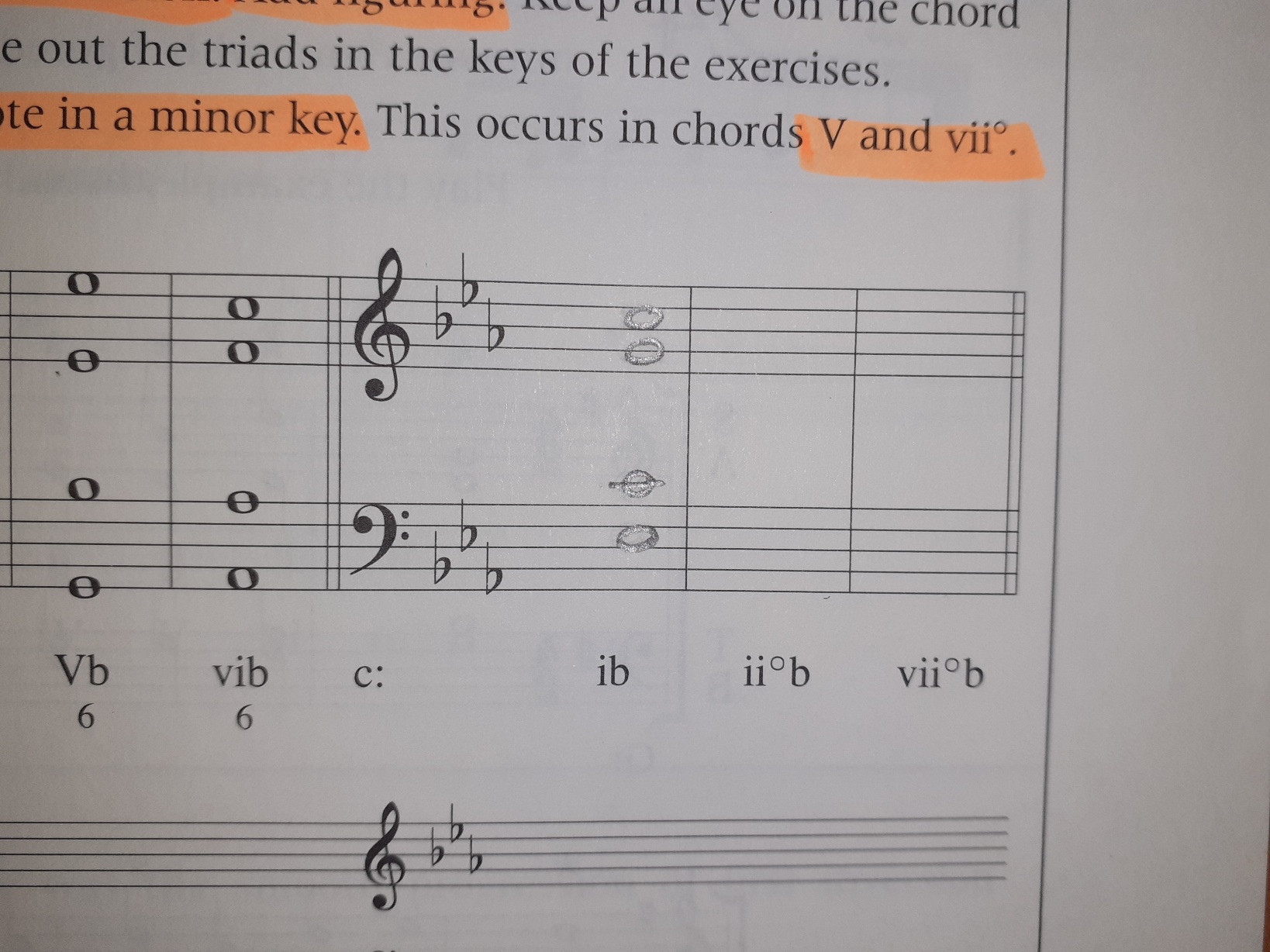 I think it makes more sense to know the constitution of all chords. That way, you'll know what letter name note is which chord tone. Example - C▵7 is made up from C E G B. Now you can easily see which needs to go under for each inversion.

There's also the 'close/open' voicing to consider. That may be a consideration for writing answers. Aren't there any answers available for the questions you're doing? One would hope so, along with explanations why.

I don't think one way is necessarily better than the other - for everyone. Some would see the interval way as better, although from my point of view, that needs a bit more thought, as intervals have at least two different spellings - as in a 2 semitone interval could be M2, or D3, either of which could be found in a chord, and only one of which will be technically correct for a situation. So, for me, knowing the note names (and alterations for some of them) will always be quicker and easier when writing the dots.

It's a bit like some find it better to think of each mode in interval terms, whereas I always go back to parent scale. Better for whom?

I personally determine the notes/pitch classes of the chord in my mind and then put down the notes wherever (with the proper note in the bass). I do this regardless of the inversion of the chord.

This may have been at least partially due to my music harmony lessons only poorly explaining at best the connection between Roman numeral inversion numbers and figured bass.

Some benefits of this method are that you aren't lured into using those precise intervals above the bass (e.g. you can write E3-G3-E4-C5 more naturally for the I6 of C major despite this involving only a 13th instead of a 6th above the bass), you don't end up wondering why Roman numeral inversion numbers are often incomplete (e.g. a 1st-inversion chord with 3 pitch classes is nearly always notated with only the 6, while a 1st-inversion 7th chord is nearly always notated with only 6/5; note that the presence of a 3rd above the root in both cases is implied but not explicitly notated), and you can get used to chords that always seem to be notated without inversion numbers regardless of inversion more easily (e.g. augmented 6th chords, occasionally the Neapolitan chord when notated as N instead of ♭II).

...The biggest drawback of this method is that the Roman numeral inversion numbers can seem arbitrary until you determine their origins from figured bass (like seriously, what's with 4/3 and 4/2 as separate inversions of 7th chords?!?).

The question is fundamentally a utilitarian one, and at that level, there is no "better" or "best". As long as one understands inversions in a way that works for that person and their musical intentions — mission accomplished.

When I was first learning chords, including inversions, it was necessary for me to think through each note of each inversion of each chord. I see this same thing in other students as they learn chords on their instruments or in a music theory class.

At a certain point, it because far easier for me to understand chords intervallically. This may be in part because my primary instrument is piano: I can see the shape of a chord — its inversion — clearly when written, and I can "feel" the chord shape in my hand when playing. As long as I know one of the notes in the chord (usually the bass, but not necessarily), I can find the others.

I think in note names when I play the trumpet, though, and in general when i sing as well. This seems inherent in these being one-note-at-a-time instruments, but I more than allow it's just my experience level hasn't fully absorbed the relationships between intervals, sound, and physical action.

On keyboard instruments, it tends to be faster to understand chords by feel; that is, intervallically. (In fact, why invent figured bass otherwise? It would be "better" just to write the note names.) I'm not a string player, but I can imagine the same is true for them. For wind instruments, my experience so far suggests note-names are better, though I question that.

For composers, there is no "better". It depends on how the composer conceives of music, how they hear music, what instrument (if any) they compose on.

There isn't really an "answer."

Personally, I think I do it differently depending on whether the context is writing or playing.

But, when I'm just playing at the keyboard I think much more in terms of intervals. Given an Eb, I think my right hand will play a perfect fifth or fourth. It's natural to think of letter names while playing, but there is a point to not thinking of letters and thinking of intervals and relative motion. For example, if given a supposed Eb an told to complete a minor 6/3 chord, you would add C G, but if asked to complete a major 6/3, you would add B F# and now your given bass enharmonically changes from Eb to D#. That might not be the a logical explanation, but I seem to tend away from thinking of letters when playing.

Something to think about is how working on textbook harmonization exercises, like your example, you really must think about things vertically, you think about arranging tones above the bass. That makes sense, because the exercise give you a bass part (the RNA is effectively a bass part.) 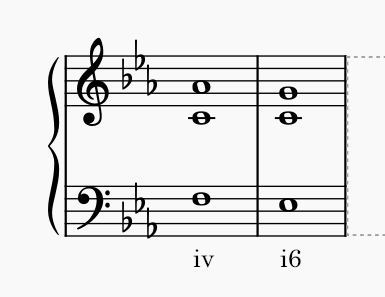 ...you aren't thinking at the i6 so much about "what notes should I put above an Eb?" it more about a voice leading pattern, something like "when one a root position triad, hold the fifth, drop the other two voices down by step." I don't care too much what the exact intervals above the bass are, and a really don't care what the letter names are. What I really want is my hands trained to automatically make that move (and other common moves) and my ear trained to know what they sound like.

That scenario doesn't apply to the textbook exercise, but regarding how someone conceives of a 6/3 chord, you can think of them in terms of voice leading and relative motion.

Not the answer you're looking for? Browse other questions tagged chord-inversions or ask your own question.

14
I need help understanding the concept of chord inversions.
3
English name for 3-tone chords that have the bass tone different from the root
1
Fm7 Drop 2 1st inversion confusion
3
Roots of 6th chords on the guitar for different inversions/voicings
8
Writing an augmented sixth chord on the flattened supertonic
7
Is there a reason why "Scale Inversions" don't get discussed?
4
How to characterize voicings of "cowboy chords" on guitar?
0
Roman numeral analysis of chord with non-chord tone in bass
5
Em/C: Sound Notation, or Dirty Shorthand?
6
How to write inverted chords when given a bass note