What is the average note distribution in C major?

This is a more mathematical question. Suppose I have a large representative set of Western music in C major. If I count the occurrence of the individual notes, what is distribution of the notes?

I would assume, that since the music is in C major, notes like C, E, G, F, A would have a much higher percentage than notes like C#, F#, or A#.

What is the percentage of individual notes in C major music?

(I am aware that this is a complex question. Taking duration into the consideration would be even more interesting. But I would be happy about any numbers/papers/sources to have a approximation)

There's an article, "Pitch-Class Distribution and the Identification of Key", David Temperley and Elizabeth West Marvin, that give some information along this line. I got it on JSTOR but it was published in "Music Perception" which journal you might have access to. 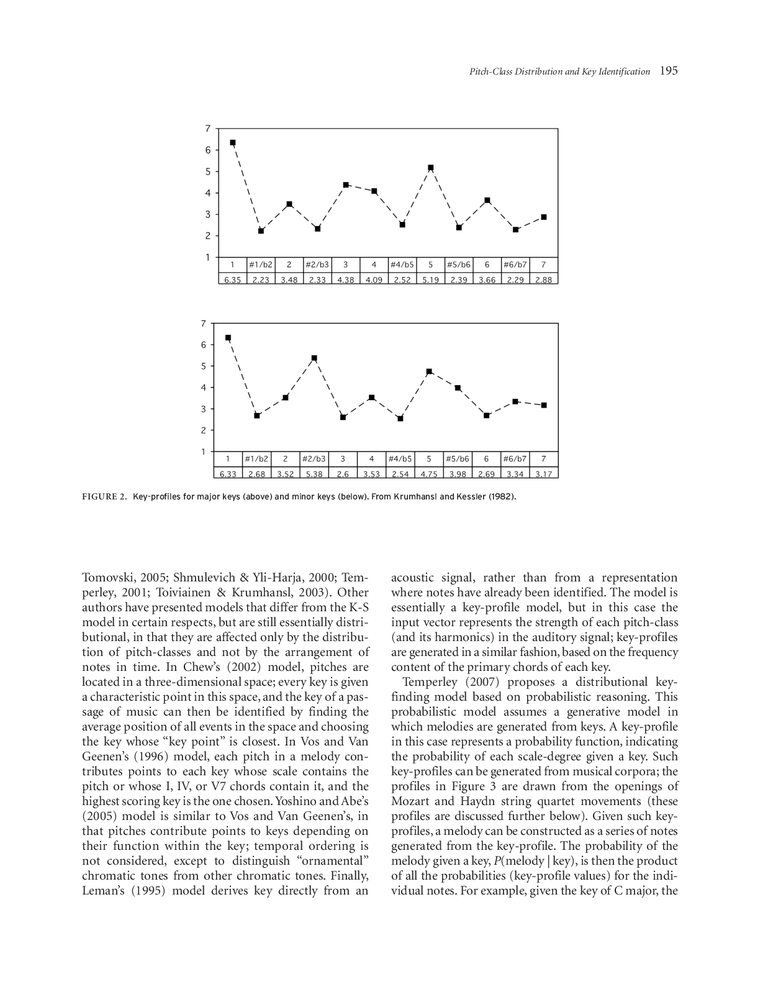 The distribution varies depending on the overall style (Baroque, Classical, Romantic, popular, jazz, etc.) There has been lots of work on the subject but much is only available from university libraries or behind paywalls.

There are some ambiguities in the original question. One can ask, "What is the distribution of tones by the number of occurrences? " or ask, " what is the total duration of each note?" These are not identical questions. The figure consisting of a chain of off-beat quarter notes (or half notes as in fourth species counterpoint) may be split into pairs of eighths or quarters respectively. These have the same harmonic and melodic significance but the counting methods may not agree.

Likewise, the existence of enharmonics matters from the point of view of the musical structures. An Ab7 chord is Ab-C-Eb-Gb (and normally resolves to a Db chord of some type) whereas the German Sixth Ab-C-Eb-F# usually resolves to a C64 chord. It's written with an F# to indicate the next note is G. It's a complication that you might wish to look into.

26
Where do musicians draw their melodies from?
4
The melody+chords pattern in perspective
24
Is F Lydian mode in the "key" of C Major?
2
Dropping the 5th degree and counting a C♯Dom7
3
Why aren't notes and intervals plain numbers?
5
Is there a way to make a Minor key sound "less dark"?