How to make two bar phrases in two columns per page

In the style of "Stick Control for the Snare Drummer" I'd like to set my page in two columns having 12 2-bar phrases in each. I have this attempt which is nearly exactly what I want, except I would like the 2-bar phrases to line up. This could be achieved by e.g. making the spaces between each consecutive 2-bar phrase equal but all my attempts by following the manual have failed so far - presumably because everything is wrapped in markup. The approach with markup was the only approach I found to create multiple columns, which I found here

Is there any other approach that could be used, or is there some variable I could poke in order to make the systems vertically equidistant? 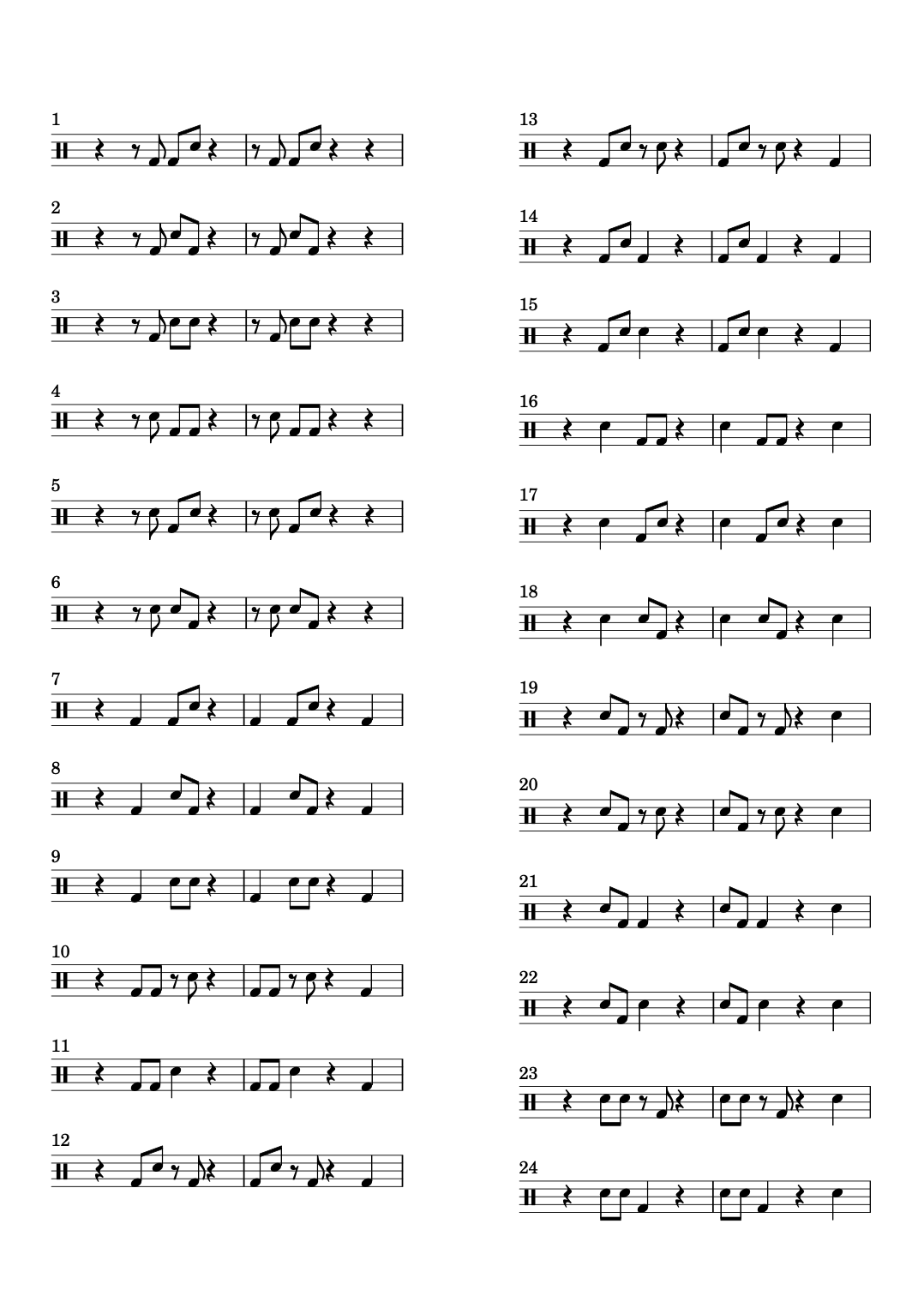 I think \table solves your problem.

1
How can I move certain words/phrases in the title of a Lilypond score vertically?
2
Lilypond v2.19 - How do I add a title to the second page of the same score?
2
Is there a way to get two songs on a single page using lilypond-book?
3
How do I use full bar rests in lilypond with long bar lengths
6
How do you set the number of measures per line or page in LilyPond / Frescobaldi when you have a score with multiple instruments?
3
How to horizontally center systems on a page?
4
how to disconnect two notes
3
Lilypond: How to write - when the left hand should play more than the number of notes per bar as per the time signature
3
How to center text above a bar in Lilypond
3
How to force a page break in LilyPond