How to tell an accented from an unaccented auxiliary note?

Please see this answer from the answer book to my harmony workbook exercise. 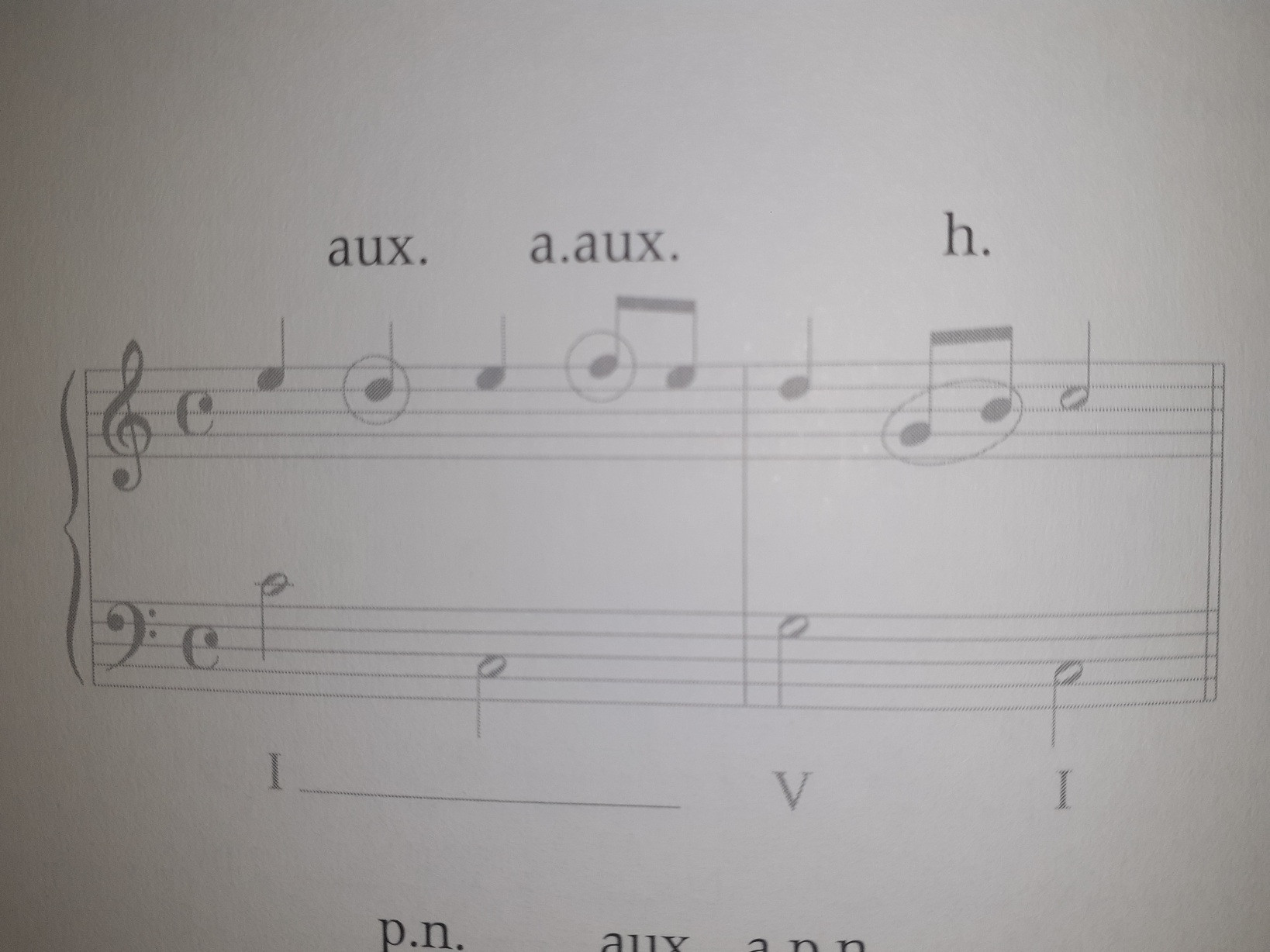 This depends entirely on the definitions of the text or teacher.

The only disagreement about accent and NCTs that I have seen is whether accent is simply being on the beat, any beat, or on metrically strong beats such as 1 & 3 in 4/4.

Kostka/Payne give an example of an "unaccented, metrical, chromatic, ascending passing tone" from Mozart's Jupiter Symphony...

In Kostka/Payne - and every other source of NCT definitions I have read - the accent is determined by where the non-chord tone occurs, not where it resolves, or in comparison to some other nearby NCT.

Based on this Kostka/Payne example, they clearly treat only beats 1 and 3 as accented in 4/4 meter and not beats 2 and 4. By their categorization both of your textbook examples would be unaccented auxiliaries. Also, Kostka/Payne categorizes meterical level, so they would call your first example unaccented, metrical and the second unaccented, submetrical.

If your textbook categorizes NCT accent in some other way, then that's just how that book defines NCTs. But, I have never seen that type of accent categorization in any source I have read.

Yes, I would class both of these as accented. The only difference (apart from one being a 'lower auxiliary' the other an 'upper auxiliary' is that the second one resolves within the same beat, the first doesn't.

I might call the first one an auxiliary note, the second an unprepared suspension.

We live now in a musical world of unprepared, unresolved sus2 and sus4 chords. Of melodies that sometimes follow their own logic, independent of an underlying chord structure. But the broad principles of constructing a melodic line are still there!

I didn't know the term auxiliary note until now. I prefer this terminology:

But playing the role as an advocatus diaboli of ABSRM I'd say the quarter note D is unaccented as a changing neighbour note, the F eighth note is intuitively more accented as an appoggiatura (suspended fourth resolving in the third.)

I see there is some confusion over terminology. The passing tone is accented or Unaccented. The lower auxiliary and upper auxiliary notes is something completely different. It is the type of thing you explain with an example.

Not the answer you're looking for? Browse other questions tagged nonchord-tones or ask your own question.

2
Is Non-chord Tone always the top note?
3
Would this note from Consolation No. 3 be considered a nonchord tone?
1
How would these nonchord tones from Beethoven's Pathétique Sonata best be analyzed?
4
Does tempo affect use of non-harmony notes?
3
How to go about writing multiple melody notes in between chords