What does "plagal" actually mean for modal music and melody generally

I have a book, Helmore, Plain Song, with an authentic/plagal example like:

And because that is a bit unclear visually what tones are being labeled, here is another version...

Helmore then gives a harmonization...

And then finally an actual piece of Renaissance music which an editor labeled hypoionian... 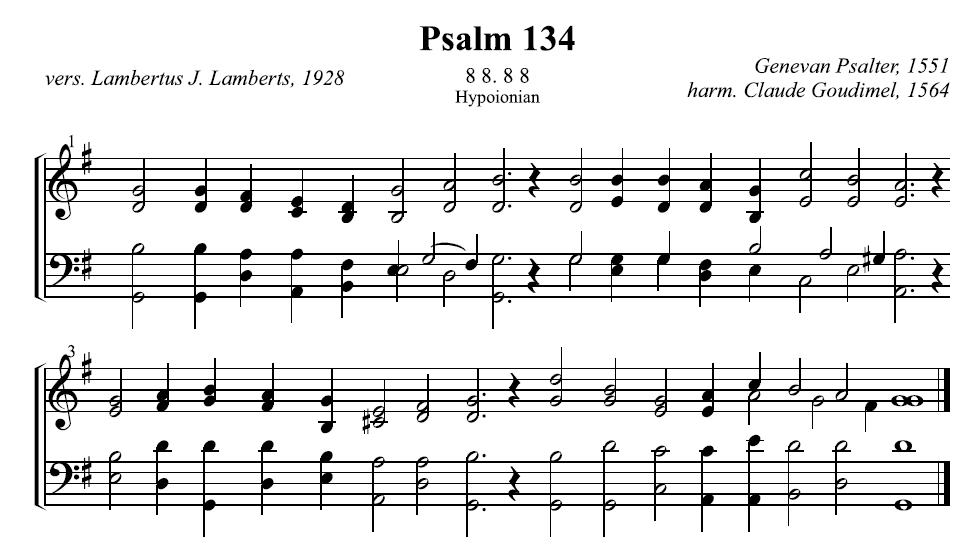 ...this matches up with the two unharmonized examples of the mode. I assume the final is G, and it's plagal hypoionian, because it moves above and below the final (in this case it conveniently goes to the upper/lower SOL like the examples, although I understand that isn't always the case in actual compositions.) But, clearly it ends with both bass and melody on G, DO so there is no question whether ending on SOL is the reason it's labeled hypoionian.

The Helmore and Goudimel (or the Goudimel editor's) examples seem to contradict each other. One seems to say plagal means ending on the fifth of the mode SOL and the other shows ending on DO but moving above and below the ending tone.

Here are two other examples but in phrygian... 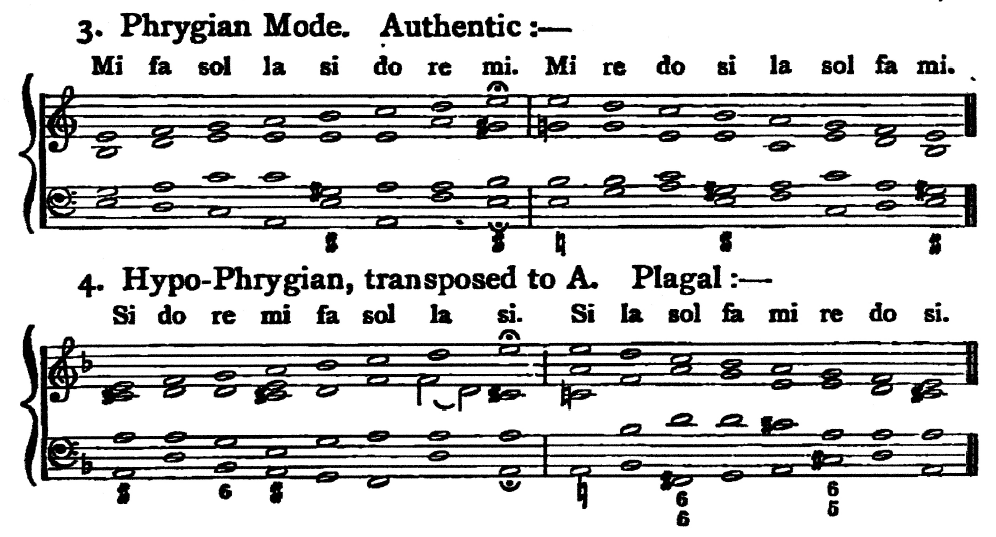 ...I truncated the Goudimel but there is enough to see the start and end.

The two are essentially the same musically but the are labeled differently: Helmore says hypophrygian for ending on ^5 but Goudimel says phrygian. They seem to be labeling things opposite.

Can someone clear up what's going on between these two sources?

I would really like a good reference source of actual Renaissance music with the modes properly labeled. If the Goudimel examples are good, then I'll use them. But then why does Helmore seem to be so different?

My original question was about possibly applying the term "plagal" to describe melodies that are not modal Renaissance.

An example from The Revivalist hymnal in a clearly major key where the melody starts and ends on SOL...

My understanding - which could be wrong - is melodies that start/end on the fifth of the (authentic) modes are called "plagal" and the mode name gets prefixed with "hypo". So, for example mixolydian, key signature of no sharps/flats, starts and ends on G, but its plagal form start and ends on D and the mode is then called hypomixolydian.

This Wikipedia page suggest it could be called hypoionian, but the discussion seems to say that was a theoretical idea of one person in the Renaissance and possibly not in line with even the modal conventions of that time.

Either way, this music clearly isn't modal music. So, is calling this melody, the soprano part, "plagal" inappropriate?

This was just a related add on question.

Similarly, some melodies start/end on the mediant, like The First Noel. Gjerdingen has a phrase schema called Pastorella that outlines MI RE FA MI. So, I thought such melodies could be called "pastoral", but I doubt anyone would understand the intended meaning. Is there some other common terms to use?

Plagal is a theoretical term originally used to classify liturgical chants in Western European and colonial traditions, through the mid 17th century. For monophonic chants, plagal means that the ambitus of the melody ranges from a fourth below the final to a fifth above it.

In polyphonic music of the 16th-17th century, if you follow Zarlino's theories, then the plagal vs. authentic quality of a mode is determined by the ambitus of the tenor (not the melody), while the final is determined by the lowest voice. There was and is wide disagreement about what mode actually means in polyphonic music, as your examples demonstrate, but I would stress that there really is no universal theory that you can apply to all times and places.

I have to wonder how helpful it is to apply any of these labels, especially when we don't know if the creators of the music even thought this way. Had Goudimel read Zarlino? Did French/Swiss Reformed musicians care what Italian Catholic theorists thought?

Far more relevant to 16th and especially 17th century harmonic practice are the eight psalm tones, and the harmonic practices developed by keyboardists and chapelmasters to match chants in those tones with polyphonic music. From these practices come the concepts of tonos and "church keys", which over the 17th century increasingly started to resemble major and minor keys.

Just to summarize the rules of thumb for mode:

In my research, I came upon the following

In an authentic mode such as D Dorian, we have octave, here D-D, built from a lower fifth (D-A) and an upper fourth (A-D), with D as the "final" or usual note of repose or conclusion.

In a plagal mode such as D Hypodorian, in contrast, we have a mode built from the fourth below the final (A-D) and the fifth above (D-A).

Thus in authentic Dorian, we have an octave starting with the final D, divided as it were D-A-D, with the fifth below and the fourth above. This was regarded as the more "natural" or harmonious division of the fifth; I could get into the mathematics of thus, but will for now only say that medieval theory (especially as codified by some writers around 1300) regarded it better to place the simpler 3:2 fifth below the more complex 4:3 fourth. (These are the string-ratios for these intervals, which add up to a 2:1 octave.)

In plagal Dorian or Hypodorian, in contrast, we an octave starting with A (the fourth below the final D), divided A-D-A, with the fourth A-D below the fifth D-A. This was taken as in theory less harmonious or "natural" in its arrangement, although, of course, both forms are respected parts of the system.

It would seem that a plagal mode is just basically one built on fourths, instead of the regular fifth or octave.

Not the answer you're looking for? Browse other questions tagged melody or ask your own question.

1
What are hypo modes, related to standard guitar?

6
What are these aspects of song structure called?
1
How does one go about harmonizing stepwise melodies?
1
How to use modes in popular music?
0
How to put chords (POP-EDM) under a given lead vocal melody (starting from a good knowledge in music theory)
1
How to turn a "tune" into a "symphonic melody"?
6
Are modes in jazz primarily a melody thing?
4
Can the melody determine the key of an ambiguous chord progression
7
Standard or fundamental melodic patterns