can someone explain me how many beats in my notation in the photo?

I'm confused about notation in my music sheet for my training classical guitar, in this photo there are 2 beats notation (orange circle) but the time signature is 3/4, can someone explain me how many beats on the notation i circled? 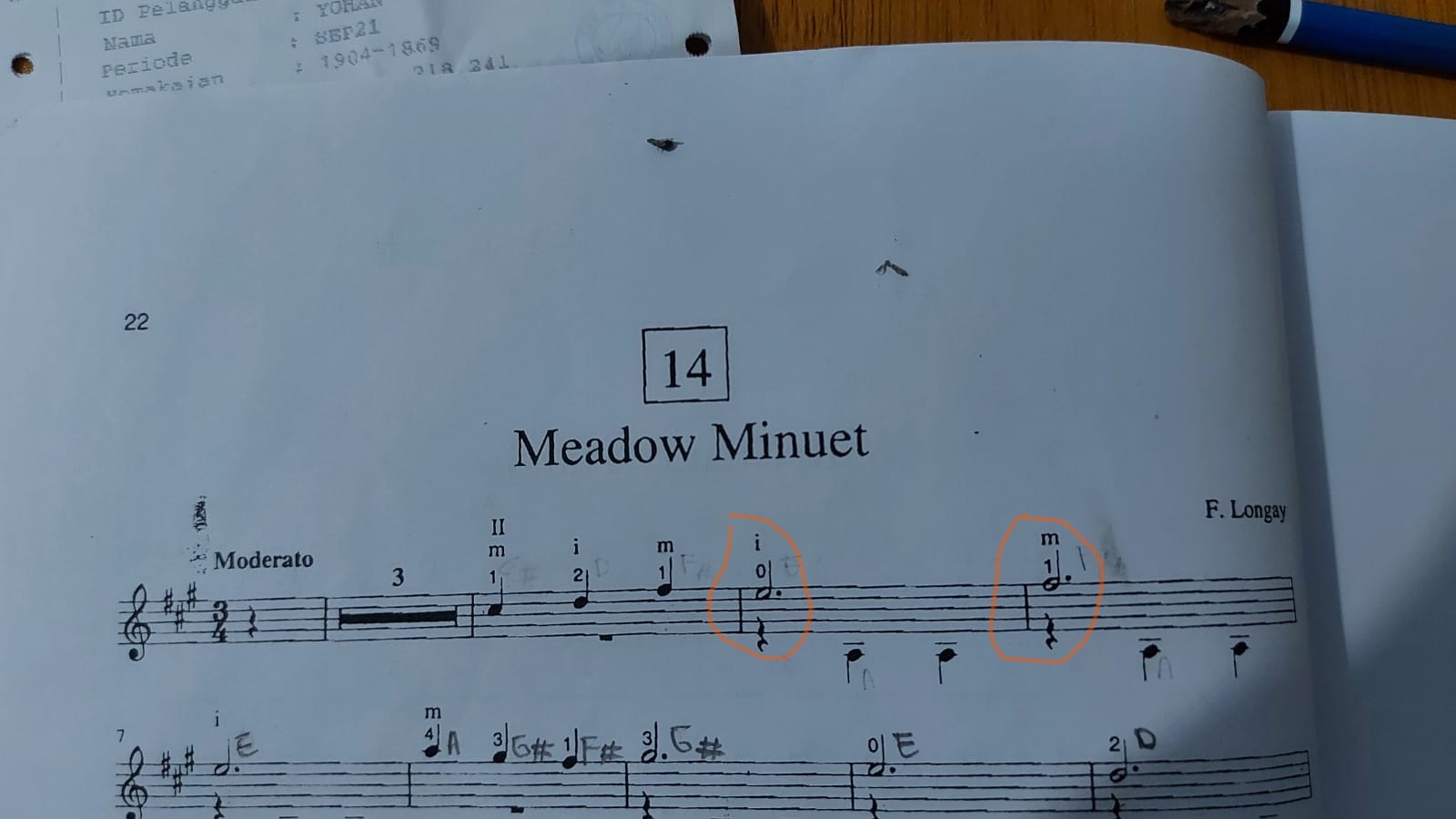 In written music there's a simple way to write some notes longer. It involves a dot after the note. Not to be confused with a dot above or below a note.

That dot increases the note value by 50%. So, the minim you circled would normally be 2 beats long, but with the dot there, it's increased by 50% (another 1 beat), making it 3 beats long, thus filling the whole bar. Then, it's simply called a dotted minim.

Those dots can be added to any note value, and will always increase that value by 50%.

This is likely a dupe of a different Q/A...

I think you may be mixing up the terms beat and note.

You circled two dotted half notes, not two beats.

If the issue is not understanding the basics of note durations and time signatures, first review notation fundamentals. Here are two sources with good, concise overviews. They are for piano, but the overviews will apply to all instruments.

The rest is a break down of you particular example.

In the preceding measure you will see there are three quarter notes. Again, in 3/4 time, each of those three is a beat. So, that measure gives an easy to read example of three beats in each measure.

That brings up one complication to should be mentioned now, because you will surely encounter it soon, and probably have questions. If the time signature were 6/8 it would be in compound time. (Look that up, there will be plenty of online info and also post about it in this forum.) The important thing to know if 6/8 is comprised of only two beats where each beat is equal to three eighth notes... 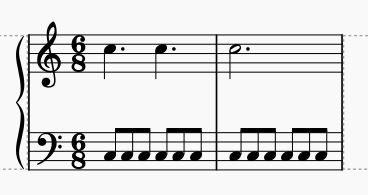 ...notice that the three eighth notes are group with a beam into two beamed groups. That visually shows how there are only two beats.

Also, notice that in the second measure we again have a dotted half note, like in the 3/4 example. This is where we get to the important complication. While various groups on notes can be equal in duration of time...

...that does not necessarily mean they are all equal in number of beats.

A dotted half note is equal to three beats in 3/4.

A dotted half note is equal to two beats in 6/8.

Not the answer you're looking for? Browse other questions tagged notation classical-guitar beats or ask your own question.

9
What does the roman numeral notation mean for this borrowed chord?
0
Can't differentiate between time signatures
5
What can one do to understand time signatures?
7
Music sheet says "in time, swing feeling", how many bpm is that?
10
Most complex "block" of sheet music notation
4
B flat 6 arpeggio notation
6
Can you explain the transposing convention in this Jean Sibelius's score?