What do the rests in this bar mean? [duplicate] 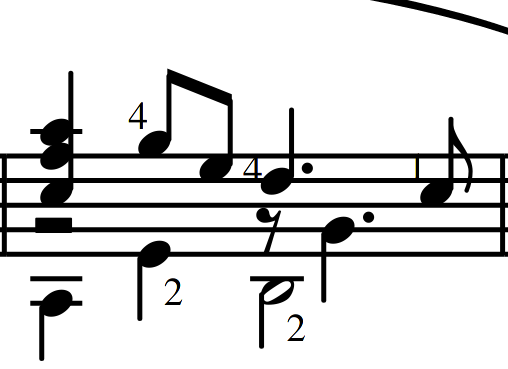 I don't understand what the half note rest means at the start of this measure. If it's a half note rest then why are all the notes in the chord not half notes? Same question for the eight note rest which appears a bit later.

How do I know which 'voice' the rest applies to? Is it the first 'voice' or the second?

In this measure there are 3 voices, which I separated in the image below. In general it might seem unambiguous, but in practice it's rather clear, since: 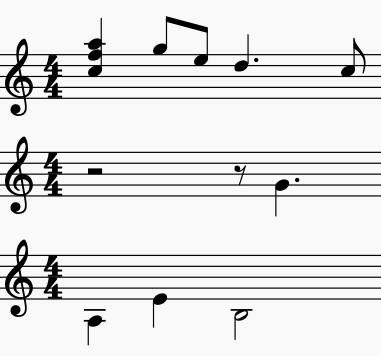 5
Are whole notes/rests really used to signify variable lengths of time?
2
How to read this measure of music with "in between" notes?
13
What does a mordent written to the left of a note mean?
3
Unplayed 2nd voice in notation - spaces or rests
1
Is rhythmic notes upstrokes and downstrokes changes depending on what sound or feel we want?
4
Why’s there a rest over this note in “The Easy Winners” by Joplin?
3
What does this tenuto notation mean?