Should I do the repeat sign when there is a fine

I stumbled upon this piece, Lágrima by Francisco Tárrega, and I would like to know if I should do the repetition sign when doing da capo al fine or just end the piece. 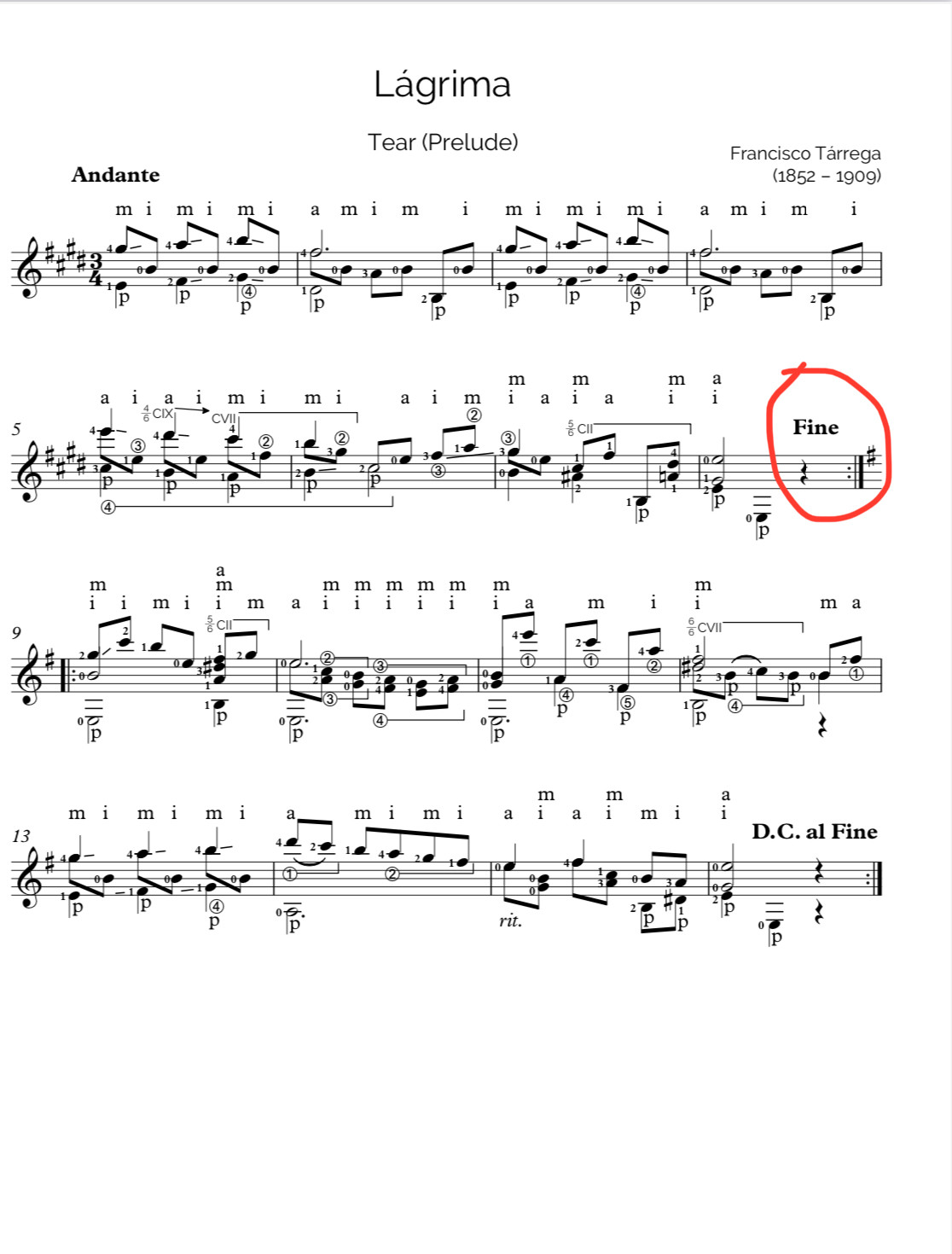 The repeat sign applies only to the first encounter with it. After the D.C., the piece ends at the Fine — no repeat.

You don't stop at the Fine when you first read it. If there is a Fine, there's a D.C. al Fine or D.S. al Fine somewhere.

IMHO, whether you repeat or not depends on where the Fine is written. In your case, you don't repeat, because the Fine is before the repetition.

In the following case, the Fine is after the repetition, so you repeat:

Repeats can be used either to notate "self-contained" sections that should be played multiple times, but they can also be used to save space in cases situations where two parts of a section have identical content. While some might eschew the use of repeats for the latter purpose, many performers would rather have a piece of music that can be performed without page turns than one which is "theoretically" correct.

Consider, for example, a piece of music where many 16-bar sections have the following chord sequence:

If one or more repeats is being used for the latter purpose, the parts of the music indicated thereby should be performed twice through even on a DC, especially if there are some 16-bar sections which are written out in their entirety because the first six bars don't match bars 9-14 of the section.

I don't there's usually anything printed on the page to indicate which function is being performed by various repeat signs; instead, a performer must exercise musical judgment.

Not the answer you're looking for? Browse other questions tagged sight-reading or ask your own question.