Would it be incorrect to play the open E (6th string) for the C major chord? 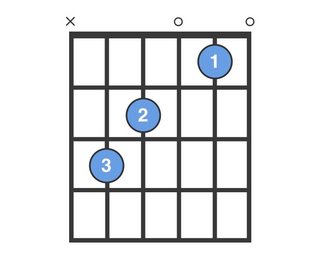 You already have some very useful information but I’d like to offer some thoughts directed specifically at adding the open low E note to the C major voicing shown in your question:

Regarding your specific title question, the answer is that it is not incorrect. Notes can be and are doubled in chords routinely. However the fact is that in this case it is not a good choice. There are a few reasons for this:

[edit: I should have also pointed out that a m6 in this register is below the “low interval limit”, which although not etched in stone is a guide to where certain intervals should not be played in low registers. Thanks to @Divide1918 for the comment.]

There are several ways in which that 'open' C chord can be played - and all are legitimate - despite what a lot of guitar sites tell us. Most show the open C chord played with the bottom C on 5th string as the lowest note (bottom string muted). That gives the root position - which most of their chords appear to show, at least at beginner level.

However, the C major triad comprises notes C, E and G, in any order one prefers. There's no rule saying which order they need to be in, or which ones can or can't be doubled. In fact, by playing that with the bottom string open, (1st inversion), the E note is actually trebled.

In the inversions of triads it is accepted that the strongest, most stable sounding is root, the 2nd inversion, with 5 underneath the next, and most would agree that the 1st inversion is the least strongest. So by playing C with an open bottom string (which will ring out loudly anyway), it's possibly not the best.

So, in summary, any voicing using CEG in any order is quite o.k., technically, and which gets used will be down to how and where in the song is appropriate. Certainly none will be wrong - although some of those sites would have us believe it's so...

The three existing answers here are all good and correct answers and all say more or less the same thing: it's still technically a C chord but it might sound weird.

So in general you shouldn't try to sound weird.

You COULD use that voicing if you're not responsible for playing the bass note ie you have a bass player. Then your lowest note is just another note on top of the bassist's bass note and your low E might actually contribute to a fuller sounding harmony. This is not the interesting part though.

The interesting part is that there are also times when you SHOULD use that particular voicing. These will be in the situation where you ARE responsible for providing the bass note.

Aaron mentions that "the decision on whether or not to include the low E will depend more on the musical context and whether or not that particular sound "fits" with whatever is happening before and after."

Tim gives a specific example: "The open bottom E version works as a transitionary voicing just before an F chord - that E is the leading note, so moves up to 1st fret bottom string when F gets played, and sounds good."

What they're both describing here is a situation where the E is part of a melodic figure in the bass. In Tim's example of a C in first inversion going to an F chord in root position, the bass melody is E-F. While there is no need for the melody to be stepwise, another very common use of the voicing would be on a guitar in drop D tuning going F in root position to C in first inversion (with E in the bass) to a D minor chord in root position. That progression has the stepwise melody F-E-D in the bass. The same progression in very common in other keys in standard guitar tuning (eg G D/F# Em)

Similarly another C major voicing mentioned by Tim (332010) is useful in other situations. With this voicing you can pluck a root-fifth-root-fifth bass line while strumming the higher notes for harmony. You can now start to imagine how to use various voicings of chords to construct flowing bass melodies.

Obviously myriad other melodies are possible with the bass line using all the available chord voicings. The point is that the use of a voicing is absolutely appropriate if used deliberately and precisely.

In the end, when it comes to music trust your ear over your brain.

Music is a part of culture, and there is no universal "correct" like in mathematics. As someone who writes lead sheets, I say that it is incorrect to change a written root position chord and make it an inversion, if you don't know what you're doing. If there's a guitarist who plays random inversions with low bass notes, without the bass inversions being based on any coherent or mutually agreed idea, I'll tell him to stop that. If there's a guitarist who plays the low E in a C chord, making the sound muddy, and cannot hear any difference, I'll tell him to stop that thing and start listening. However, if the guitarist knows what he's doing and it sounds fine, then I won't complain.

The pitches C, E, and G, no matter the order, range, or how many times each pitch appears, is always a C major chord. So including a low E is fine. This would be called "first inversion". A G as the lowest pitch would be "second inversion".

It changes the sound of the chord somewhat, but it's still easily recognizable as C major. It's also somewhat the exception to double the E — that is, have the E in two different octaves — but the chord police will not come knocking if you do it.

The decision on whether or not to include the low E will depend more on the musical context and whether or not that particular sound "fits" with whatever is happening before and after.

7
Alternate tunings on a 12 string guitar
5
Best name for a chord consisting of D - E - F?
15
Why one shouldn't play the 6th string of an A chord on guitar?
3
Describe a chord shape?
3
G-D-A naming convention
0
Does chord type(major or minor) remains the same for common chord progressions irrespective of any mode or scale?
2
Which strings do I pick when arpeggiating a G chord on guitar?
2
Accounting for intervals not present within the chord ratio?
3
What would you call it when you play the same chord but with notes in different octaves
6
Are these indentations on the frets of my Acoustic for intonation? Can I apply this to the frets of my Electric?