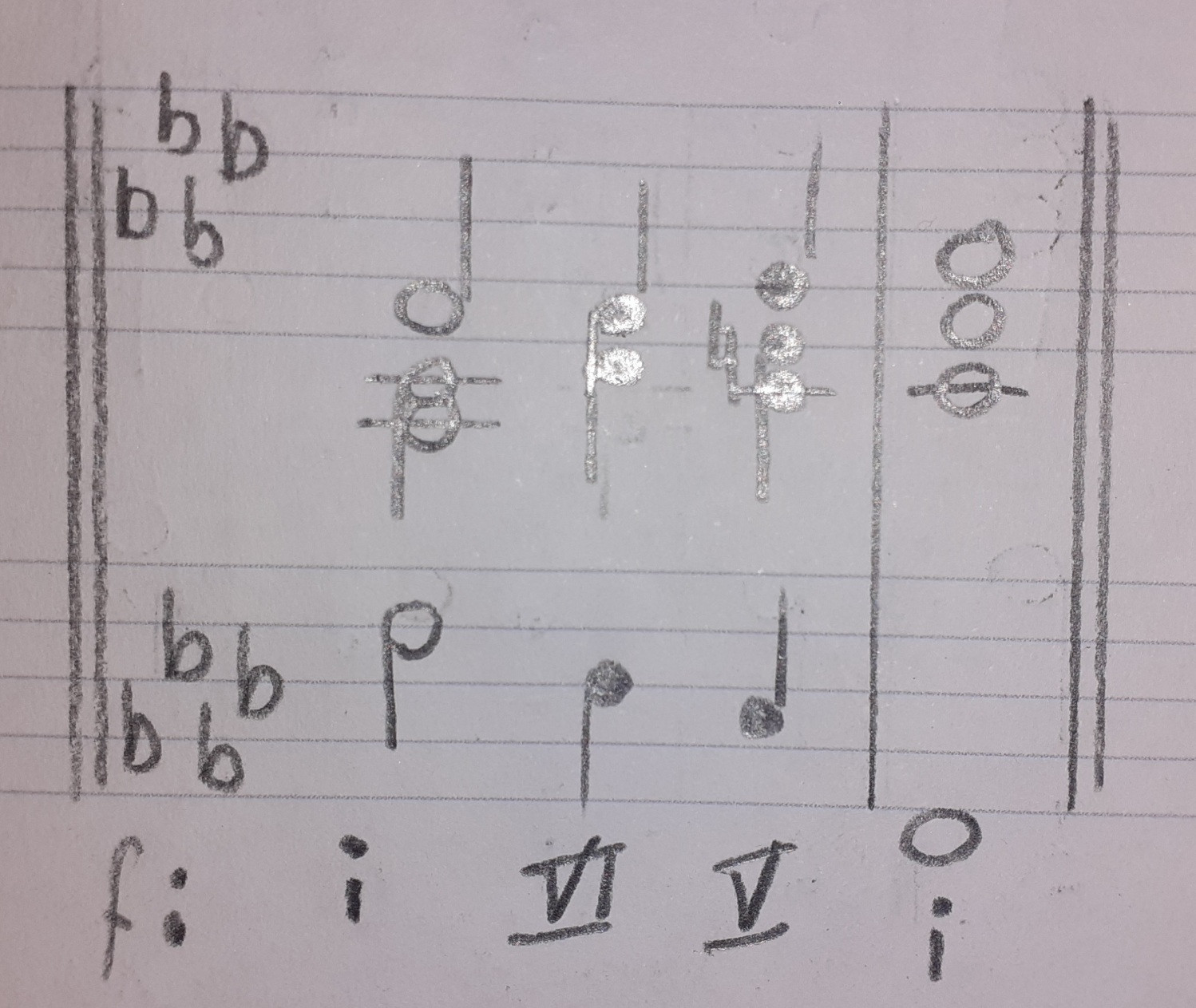 I tried my best to harmonize this in minor and the best I could come up with was a VI without a 5th and a doubled 3rd. I am not sure if this is right. And did I write the doubled F correctly in the VI chord?

Yes, the VI chord is a really tricky one. Especially in minor, every single voice has a possible error: either parallel fifths, parallel octaves, or an augmented second.

In general, that VI chord, when it either moves to V or comes after V, is going to have a doubled chordal third. You did this perfectly.

But also, whenever you're moving to a V chord, you don't want to have a doubled scale-degree 6 (this includes predominant chords like iv and ii°). This is because one of those scale-degree 6s must go down to 5, meaning that if it's doubled, your other scale-degree 6 must either also go down to 5 (and create parallel octaves), or go up to 7 (and have an augmented second). And neither of those is good!

And so one of these is exactly what you have in your tenor: do you see how it moves from D♭ to C, just like the bass? So you've got parallel octaves here that we want to fix.

The good news is that it's an easy fix: just keep the A♭ in the tenor for that VI chord, then jump that A♭ up to C for the V chord. But definitely keep that doubled F in the soprano and alto (which is notated perfectly, by the way); that's a must.

2
Harmonic Progression
3
Modulating between minor keys
4
Chord construction using the minor scale
5
Three ways to harmonize a note with a triad?
6
Chords with both major and minor sevenths
0
How to harmonize descending ^2 ^7 ^5 in the soprano in the same bar
1
How to harmonize ^2 - ^4 - ^3
3
How to harmonize ^3 ^2 ^1 in minor while tonicing III
6
In a major key does the progression IV iii vi mean that vi is being tonicized?
3
Chopin - Waltz in C Sharp Minor (Op. 64 No. 2) analysis