How to harmonize repeated ^3 in the soprano

I have not yet learned the iii chord so my only options for harmonizing the repeated ^3 in the shown exercise is to use I, I6, vi or V64 (because the soprano does not descend to ^2 I am only really left with vi or I). The exercise says that both 8th notes should have one quarter note bass so I decided to harmonize this with a vi as shown here 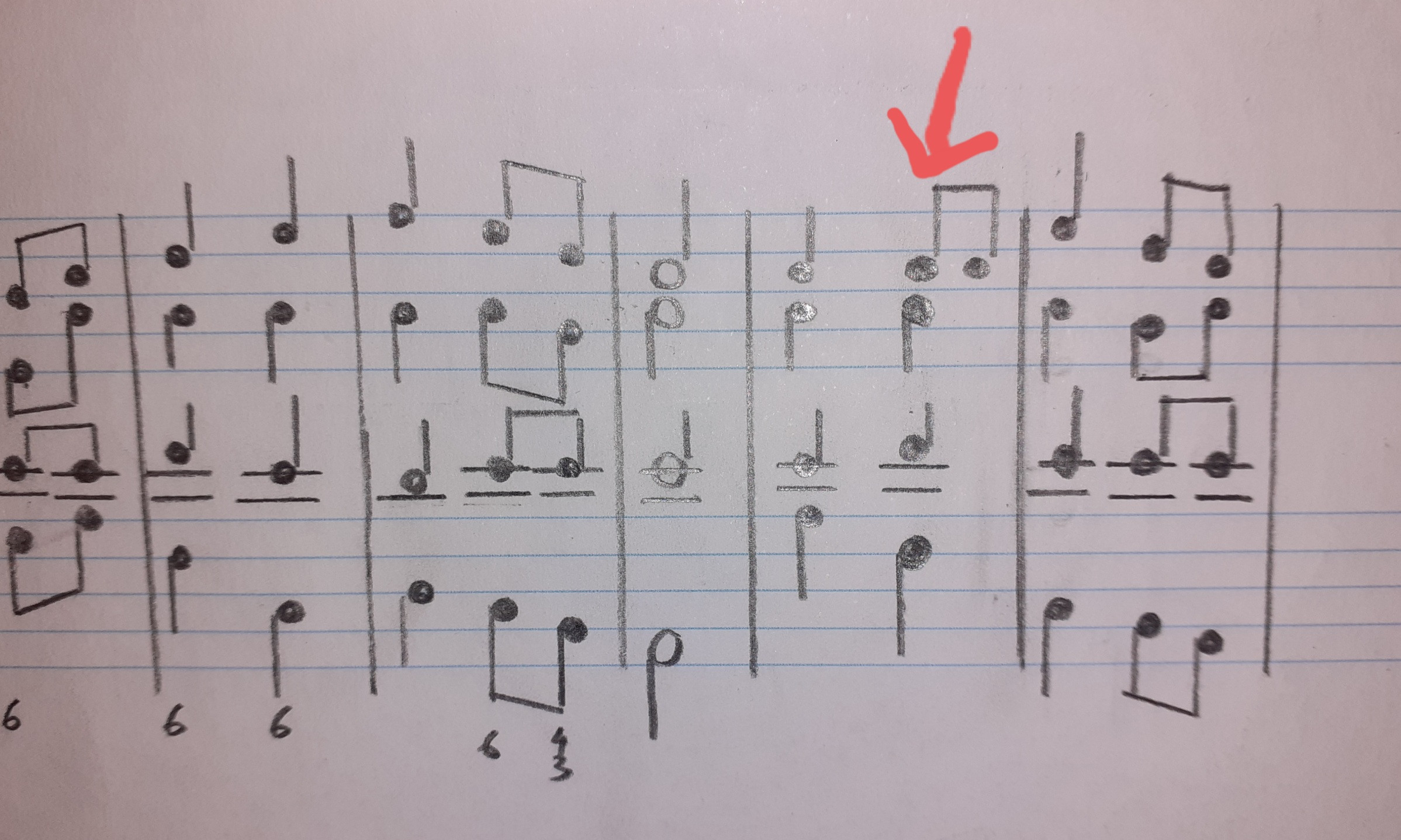 If my choice of chords is correct for the following measure then why do I need the extra eighth note? Unless I am revoicing the chord before the change into the new bar or changing to a different chord with the same bass then I could understand but I cant see this necessary as the vi goes easily into the I6 in the following bar so I cant understand what the point is of having two 8th notes here with a repeated ^3. I doubt just repeating the same chord exactly as is for the second 8th noted is what I am supposed to do.

EDIT: There must be some harmonic change for each note in the soprano in this exercise. One cannot simply repeat the same chord twice even if the soprano and bass stay the same. There seems to be confusion regarding this.

...I cant understand what the point is of having two 8th notes here with a repeated ^3.

Just to be clear the repeated note is this one circled in green, the second C#5 in m.5, second beat... 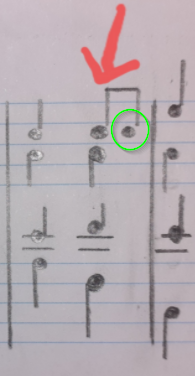 I'm not sure if it's part of the exercise, but just looking at what is given, and considering this particular part of the question, I would say the repeated eighth note is there, because it's an important rhythmic figure for the line: two eight notes on the second beat.

But, given the instruction to make the bass a half note then two quarter notes, that means those two eight notes will be harmonize with a quarter note in the bass, so there is no harmonic importance in the repeated eight note figure.

...Unless I am revoicing the chord before the change into the new bar or changing to a different chord with the same bass...

I think I understand your meaning, and we see a treatment of repeated notes with the C#5 from m.4 to m.5. At that point there is a revoicing given the instructions to harmonize I, but have the bass "octave leap up."

I think the difference between that and the repeating of C#5 in eight notes in m.5, beat 2, is the former is happening at the beat level, at the harmonic rhythm level, while the later is at the sub-beat level. That sub-beat level is a diminution figure, something decorative that doesn't have implication for harmonic change. 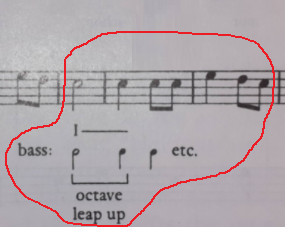 ...seems to be just an elaboration of the tonic chord, so it seems that arpeggiating the bass would be the simplest thing to do...

...with a harmonic rhythm of one chord per beat, or per half note, that gives us harmonic change to establish/confirm the harmonic rhythm, not through new chords, but through revoicing.

...I have not yet learned the iii chord so my only options for harmonizing the repeated ^3 in the shown exercise is to use I, I6, vi or V64

I wouldn't think iii is the chord to use. That chord is more likely to come up in some movement through the modal chords, like iii vi, and often in some kind of harmonic sequence.

Are you not allowed to use 6/4 chords?

If you can't use a I6/4, the textual notes "disjunct bass", "octave leap up, etc.", and "expand V" all lead me to believe the textbook explains the methods to employ in those sections.

If mm. 4-6 are not all supposed to be an elaboration of a tonic chord, what does that "octave leap up, etc." refer to in the book?

You could avoid the I6/4 and still move the bass to get revoicing like this...

...perhaps a little monotonous, but no more monotonous that the given treble part.