How to write the progression V iv6 V6 i 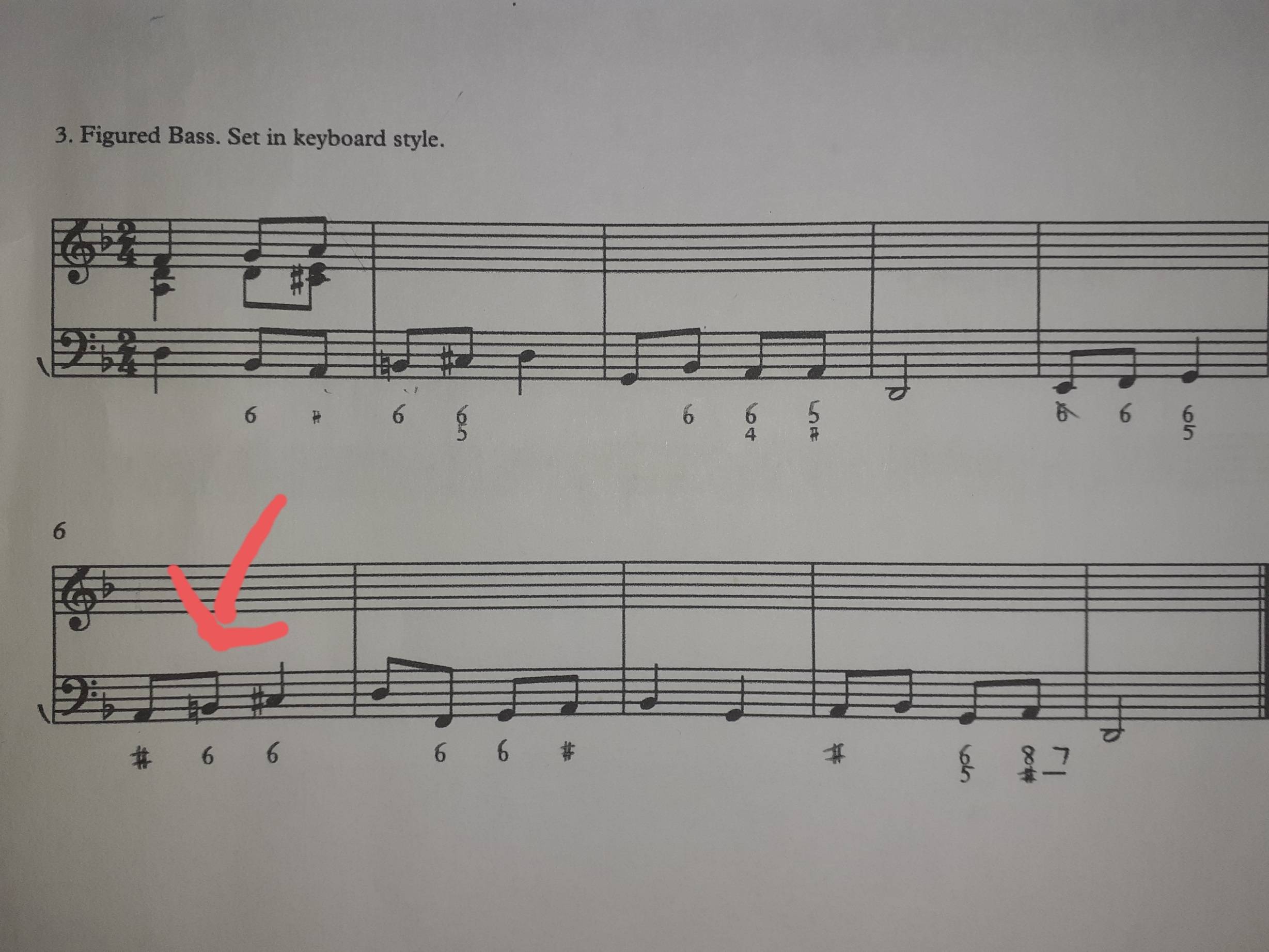 I am struggling to make this progression work in the measure marked with the red arrow. The soprano I ended up on at the cadence in measure 4 was ^3. From there I thought the best soprano would be ^2 ^1 ^1 in measure 5 but that didn't work for me in measure 6. That progression from iv6 to V6 is really hard. The progression outlined in my book is always shown using V65 NOT V6 with the soprano ^4 ^4 for both iv6 and V65 chords. This doesn't seem to work here, and most voicings I tried just don't work. Are there some options for this progression that someone can show me to give me a fresh look? I seem to be stuck in a rut :(

Speaking as an early music specialist, a succession of first-inversion chords is a common feature in Baroque repertoire and, it seems, in modern theory exercises too. Other than the alternate doubling (a solution also mentioned by Baroque theorists, like in Michel de Saint-Lambert's "Nouveau traité de l'accompagnement" [quoted at length in JB Christensen, "Die Grundlagen des Generalbaßspiels im 18, Jahrhundert", Kassel: Bärenreiter 1992]); another possibility, notably given by Händel (search for "Continuo playing according to Handel : his figured bass exercises") is to temporarily drop to three voices (especially if there is an extended passage). To avoid parallel fifths in the upper voices, this obliges a voicing with the root of the chord (the sixth in respect to the bass) on top:

Given that this kind of falling back to three voices is present in the first measure of your theory exercise, it shouldn't pose problem here either. You can (and I assume, for a class exercise, probably should) go back to a four voice realisation as soon as practicable.

Another alternative solution would be to follow the Baroque practice (i.e. the "rule of the octave"), which would imply, on the seventh scale degree (and here, we're in D minor, so C# is indeed the seventh degree) assume that a 6 (figures are often incomplete) also implies a 5, that is, a full dominant seventh chord, in first inversion, so:

This would also be a interesting possibility, especially when like here it is indeed (as opposed, to, say, a deceptive cadence) followed by the tonic immediately after (n.b. Baroque theorists do not have much of a problem with which chord tone is doubled in this situation, so long voice-leading is otherwise acceptable). Of course, if this is for a theory class, it might be better to stick to the figures as written.

Moving between adjacent first inversion triads can be done directly. It's a common technique for moving sequentially through a series of chords. The doubling alternates between doubling and not doubling the third. (SOURCE: Robert Hutchinson's "Music Theory for the 21st-Century Classroom", "26.8 Voice Leading First-Inversion Triads")

Putting the leading-tone in the soprano can be problematic, since it doesn't resolve normally. In that case, the leading-tone can be moved to another voice. Should the voices move lower than desired, they can be shifted in the next measure when the inversion of the i chord changes.

1
How do I write "piano style" cadences?
2
How to write 4 part chord progressions when the roots are only a step apart
0
How to write a 4 part progression going from V to VI in minor keys
1
How to harmonize ^4 ^2 after a ii7 chord?
1
How to write I vii°6 I6 with the outer voices in parallel 10ths
1
Which notes can you double in a IV6 chord built on raised ^6?
3
How to part write I6 to IV with parallel 10ths in the outer voices
1
Is there such a thing as a tonic 42 chord and how would it work in a functional chord progression?