I'm sight-reading the second (2a : "Version with later authentic variant") Chopin's nocturne in Eb for piano, Op. 9 No. 2, and I am unsure about how to read the left hand in the second bar :

Does the last "natural" sign in this second bar apply to the D or the E in this case?

I'd say the E but it also would be redundant with the first one in that case so I wonder if it wasn't meant for the D.

It's an E natural. The chord is an E diminished seventh chord over an F pedal tone, which leads back to F minor in the next chord.

The marking would seem to be Chopin's own, as it appears in the Henle urtext edition (image below), and it is placed consistently at each parallel measure (see mm. 6, 14, and 22). 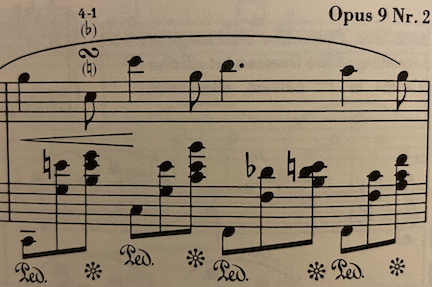 It also appears in the (French) first edition, presumably proofread and approved by Chopin. (Source: IMSLP) 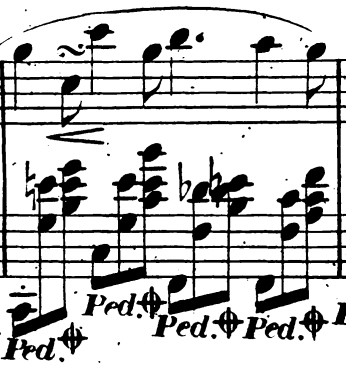 Based solely on the natural's position and alignment, I'd also say it's for the E and not the D. It's redundant, but that wouldn't be the first time I've seen redundant non-courtesy accidentals in sheet music from books (I typically see those at the starts of measures, though).

Musically, making the natural for the D and not the E destroys the inner descending line in the left hand from E natural to D flat to C by inserting a D natural between the D flat and the C.

Not the answer you're looking for? Browse other questions tagged sheet-music accidentals or ask your own question.

14
Small natural above C in G Major
5
Variation of Chopin's Mazurka Op. 68 no. 4 in F minor
9
Help with interpreting notation in Chopin's nocturne op. 9 no. 2
6
What exactly indicates natural after double sharp/flat?
6
Having trouble with accidentals - Note-for-note vs traditional?
3
(beginner question) If the first E is natural, is the 2nd E also a natural? (Or put another way, are the E's in the same or different bars?)