What chord is formed by the notes B, G, B? [closed]

Ask Question
Asked 4 months ago
Modified 4 months ago
Viewed 993 times
4
Closed. This question needs details or clarity. It is not currently accepting answers.

What chord is formed by the notes B, G, B? My guess it is an augmented chord where the 3rd is omitted. thank you

More context about where this is found will make the case clearer, but as is we can still make a plausible claim.

Regarding comments about chords and 2 tones, 3 tones, etc.

Don't be distracted by the conversation about "dyads." You can use a polyadic term if you want, but the only commonly used one is "triad." The same folks that like to call an incomplete chord a "dyad" do not call seventh chord "tetrads" or ninth chords "pentads."

A chord is simply the main element of harmonic function regardless of how many tones are used.

Case in point: you could make a harmonic analysis, which is the identification of chords, of Bach's Two-Part Inventions. That the analysis would be based on dyads, incomplete chords, is beside the point.

Your item is tones B G B.

In tertian harmony, which for all practical purposes is all tonal harmony, makes chords of thirds "stacked" above a root.

For analysis purposes, just reverse that process. Take your collection of tone and re-arrange them in ascending thirds, the root of the chord is then the bottom tone...

...the root of your chord is G and the B above forms a major third, so the basic chord quality is major. If the chord were a complete triad, then it would need a D, but there is not one, so you can call the chord incomplete.

You have an incomplete G major chord.

As I mentioned before, it would be better to see this in harmonic context to make a claim about a chord. Other analysis is possible depending on the context. For example, if the Bs were held while the G descending to F#, it could make sense to say B G B is not your chord, the G is a non-chord tone resolving to the chord tone F#, and the chord is some kind of incomplete B chord.

A harmonic context where your chord might appear and be understood clearly as a G major chord could be something like... 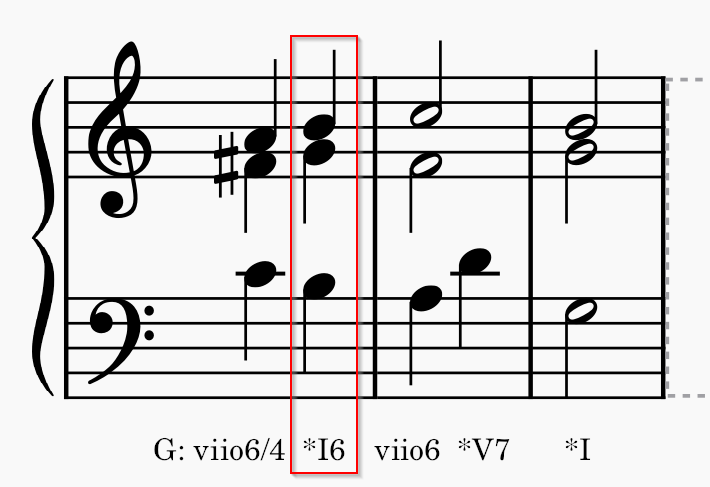 ...your chord in the red box, and incomplete chords marked with *. Incomplete triads and seventh chord like than are completely ordinary, and present no problem being identified as chords.

Most of us (I hope!) agree that with only two notes, it's very difficult to name it as a chord. Having 3 different notes makes it so much easier.

It could be - and is - part of a chord - Cmaj7, Em, come to mind, and with enough knowledge of what harmony surrounds it, a name could be invented. But a lot of us won't consider it to be any more than the dyad it is.

23
A chord is three notes? What do you call just two notes?

57
Which notes are optional in jazz chords?
5
What note type in the 7th of a chord? - Music Theory
2
Why is the tonic chord of a key formed with the 1,3 and 5 notes of the key but the major chords in that key are the I IV and V?
4
What is a chord consisting of Root, 9th and 11th called?
7
Does the existence of a chord tone (and its enharmonic spellings) imply the absence of another?
2
1- #5- 8 Chord naming convention
3
Augmented dominant seventh chord = what scale?
3
Notes in an A13 chord
3
What would you call it when you play the same chord but with notes in different octaves
6
What makes 'Drop 2, Drop 3' in chord nomenclature?