Sextuplet vs pair of triplets

However, I'm looking at the Vorspiel (Prelude) of Die Meistersinger von Nürnberg, composed by Richard Wagner. Below are measures 194-196: 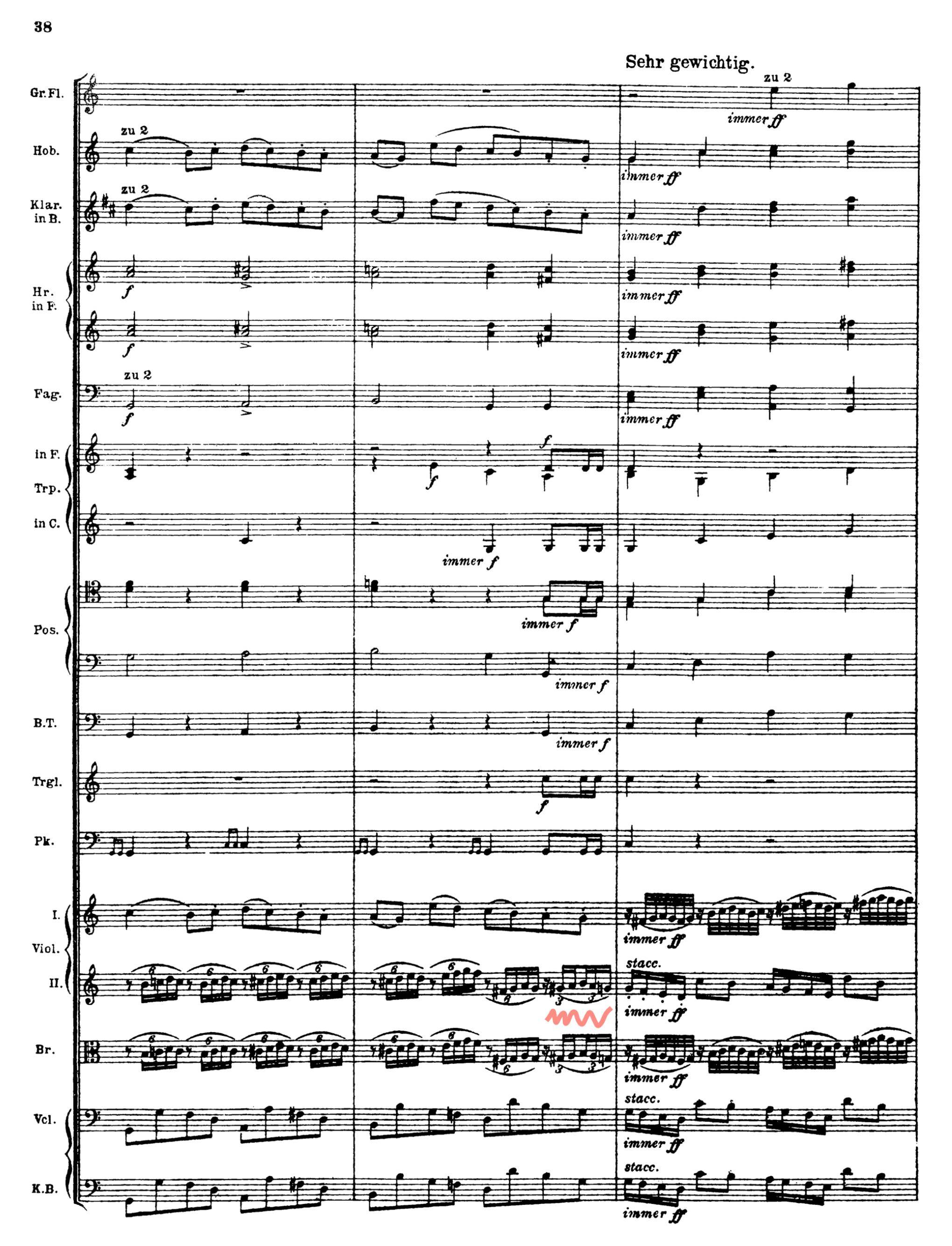 In measure 194 the second violins and violas are playing sextuplets (the first "two" of the "notes" are a quaver (eighth-note) rest, and the other four notes are semiquavers (sixteenth-notes). This pattern continues in measure 195 until the last beat. The last beat of m. 195 (marked in the above image) is a pair of triples, (the first of which is a semiquaver rest followed by a two semiquavers, and the second is three semiquavers).

I don't understand why the sextuplet grouping has changed to a pair of triplets.

I am not a string player, but as I understand it the notes under each slur (each beat) are to be played with a single bow stroke. I assume that this would make accenting the first note of the second triplet difficult/unlikely.

It there some subtle reason that makes triplets more correct or a better way to represent the notes in this beat? (perhaps it has something to do with the rests)

Is there some difference in the way these might be performed if the last beat was simply represented as another sextuplet (as opposed to the triplets)?

The brass are playing a eighth note and two sixteenths on the last beat, leading into a change of texture: the brass take over the melodic line from the violins. The next measure is marked 'sehr gewichtig' ('very heavy') so there's a ritardando on this beat. The second violins and the violas are playing a relatively unimportant accompaniment figure and they'll be almost inaudible against the brass. They have probably been thinking their figure in eighth-note triplets and at m.196 they suddenly have to 'change gear' to sixteenth notes (or 32nds). The changed notation makes it clear this beat is two eights and helps them adjust.

Not the answer you're looking for? Browse other questions tagged notation string-instruments tuplet slurs or ask your own question.

9
Is there any difference between these two note values?

8
Triplets don't seem to add up
0
How are notated the sequences of durations (13/27, 1/27, 13/27) and (4/81, 259/1296, 1/1296)?
3
Two adjacent notes of same pitch seemingly occupying the same beat?
4
What does the double 3s mean in these patterns?
9
How to write 2 crotchet (quarter note) triplets when they don't start on the down beat?
3
Difference between these three sextuplets notation
6
Is it a mistake to write a "6" (sextuplet notation) over a grouping of three notes?
11
How Do I Count Note Durations In These Bars?
7
What time signature should I use with partial triplets?