My USB midi cable is properly connected but only one note plays at a time for about 5 seconds before it releases. What is the cause of this delay? [duplicate]

Ask Question
Asked 8 months ago
Modified 8 months ago
Viewed 355 times
1
This question already has answers here:
Why does my midi device have a long delay (cool-down period) between consecutive key presses? (4 answers)
Closed 8 months ago.

I am using a psr E313 Yamaha keyboard. My battery is fully charged,

The first USB midi cable I bought got me frustrated with similar challenges. The USB midi cable connects successful on my system but delays in reproducing other notes. Making it difficult to play or registar new notes in a synchronizes timing with the music. Could it be a software problem? 💁 Besides, I have tried to link midi cc in on the properties option but it doesn't highlight. Meanwhile, in settings the midi in is already activated and the red and green light on the USB midi are on. Initially I felt that I needed to turn on the PC mode 1 or 2 on my keyboard. Of which I did, yet there haven't been any improvements What haven't I done yet to rectify this problem? Please 🙏 help

Assuming that this is about the "weird fantasy clef" product, most probably the problem is that your USB MIDI "cable" (adapter) is one of these: 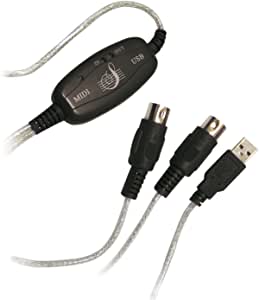 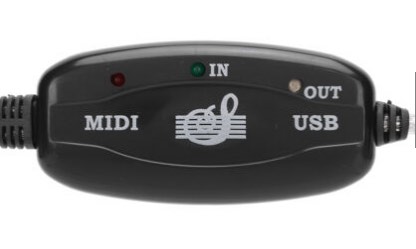 This is a defective, broken product that causes trouble. According to reports, things that are broken include:

To fix the problem, buy a real working USB MIDI adapter from a manufacturer/brand such as Roland, Yamaha, Steinberg, Focusrite.

There are several questions about the same defective product, but apparently that's not enough. The problem is, the broken product is still being sold, and people buy it because it's cheap. The product being broken doesn't matter, it sells anyway.

7
Why does my midi device have a long delay (cool-down period) between consecutive key presses?
4
Midi/usb interface sends "note on" instead of "note off" when 2 or more keys are released at once
3
Properly set up MIDI to USB

7
Why does my midi device have a long delay (cool-down period) between consecutive key presses?