There are particular examples where it happens to be hard to choose for me.

Example 1 (red marked on picture) Initially I preferred to play it with 4-2-1 because my 4th finger kept its position and it was easier to hit the key. But then I found that if I played it with 5-2-1 it made my arm more relaxed (and it seems like a more "usual" position), but it required some extra effort to avoid mis-hitting.

Example 2 (green marked) Again, 4-1 helped me to play easily without looking at the keyboard, because my 4th finger kept its position. But the 5-1 option made my arm less tense, and then again, playing an octave with 5-1 seemed more usual for me. But it added an extra position change (a little one, but nonetheless).

So, in all these cases I chose to keep fingers together in more relaxed way, but the cost was that I added some extra position changes and now it requires extra accuracy to not miss the keys. Did I get it right or wrong (given the reasoning above)? 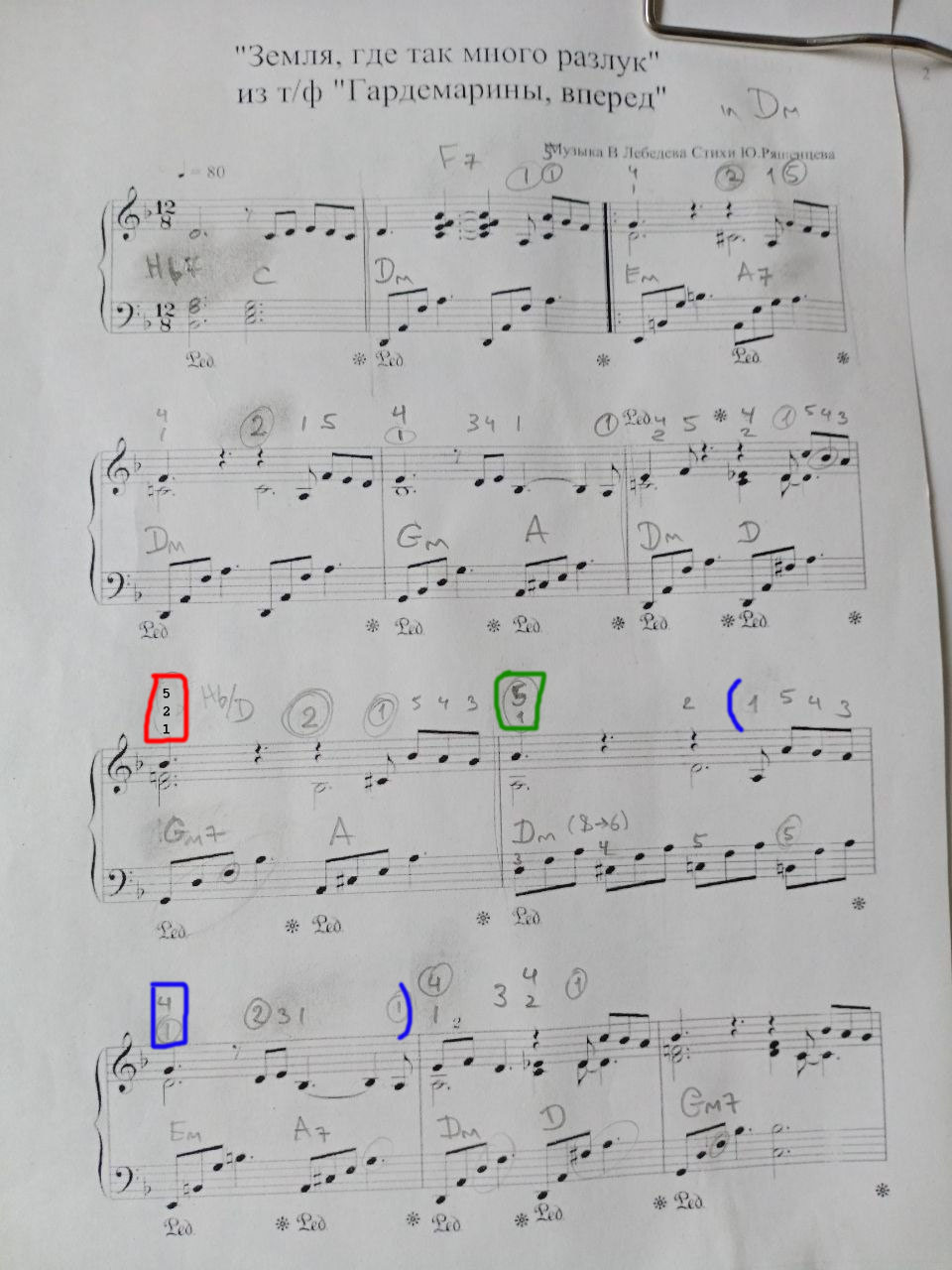 The key to making this work is to make sure finger 5 relaxes after playing C in the preceding triplet. If the finger remains stiff, it will be harder to get it in place for the marked chord. The same is true for the other fingers that play the triplet: once their job is done, they must fully release/relax, to ensure ease of movement to the chord.

Again I would prefer 1-5 for the reasons already given.

Here I would use 2-5. It both keeps my hand most relaxed but also keeps my thumb ready for the upcoming lower notes.

However, situations like these are also fairly common — where one finger is easier because it's nearby, but another finger allows for more relaxation and/or a better transition to the upcoming notes. In these cases, the finger switch is invaluable. In example 1, this would mean playing initially with 1-2-4 but then "sliding" finger 5 to take finger 4's place. In this way, the initial execution is more convenient, but the substitution of finger 5 allows the hand to relax.

The technique takes some time to get used to and to execute smoothly, but once it feels natural, it can be used in many, many places.