Ask Question
Asked 11 years, 1 month ago
Modified 6 years, 5 months ago
Viewed 90k times
28
votes
Locked. This question and its answers are locked because the question is off-topic but has historical significance. It is not currently accepting new answers or interactions. 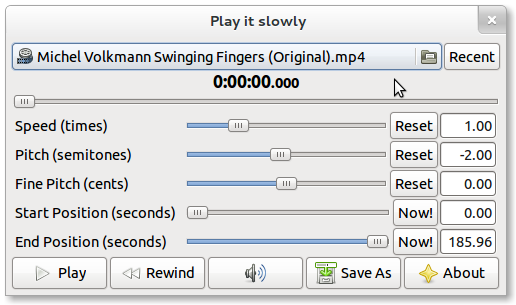 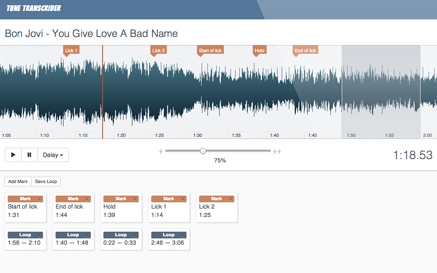 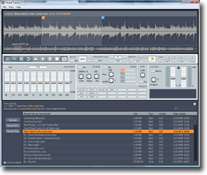 2
Which tools should I look for, that might help me analyze digitally recorded music, so I can better learn how to play it?
14
How can I slow down a YouTube video I'm trying to analyze or transcribe?
13
How do I write music down from a recording?
10
Incorporating modes in solos
4
Learning a guitarist's style through his music
3
Slowing Down To Transcribe