Instances of note beams across measures

How rare was it, in classical and romantic periods, for composers to notate eighth note and sixteenth note beams across measures? Are there examples from composers other than Schubert?

In two of Schubert’s works (that I know of), he has beams between eighth notes across measures.

In “Letzte Hoffnug” from Winterreise (IMSLP):

From the fourth movement of his second piano trio (IMSLP):

In both cases, it is obviously an attempt to bring out the syncopation.

I am assuming this is Schubert’s notation, because it is in various versions of these scores I’ve checked in IMSLP, but it could be that these are all publisher notations. (Presumably, at the end of the line of the Winterreise example, the notator would have preferred putting a beam on the last C flat, extending to the next measure on the next line, but had no ability to typeset a “half bar?”)

I’ve seen this done in a few 20th century pieces, but I’m honestly more of a Schubert-phile, so I haven’t seen nearly as many scores from other composers from the classical and romantic periods. Enough to know it isn’t common.

But how rare was this during these periods, before and after Schubert? Are there examples from major compositions that I just don’t know about due to my narrow score-reading?

I wouldn't consider it to be rare in the Romantic period - it's not in every piece, but it shows up fairly frequently; it didn't take me long to find instances in Chopin (Etudes Op.10, No.3):

or in Brahms (Variations on a theme of Paganini):

It's rarer in the pre-Romantic periods, but it still happens. You can find multiple instances of it in Beethoven - reproduced from early editions on IMSLP below, but visible in the first editions uploaded there as well:

so it isn't an invention of Schubert. I wouldn't be surprised to see instances of it earlier than Beethoven either, but I haven't found any so far.

The first example that popped into my head is the 3rd movement of Alexander Scriabin's Piano Sonata No. 1 in F Minor, Op. 6, which starts off with an 8th note beamed across measures and retains this cross-measure-beaming habit persistently (IMSLP): 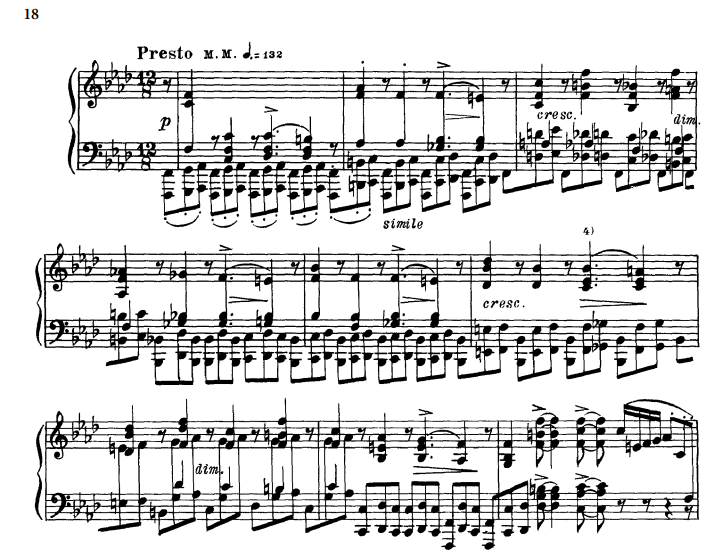 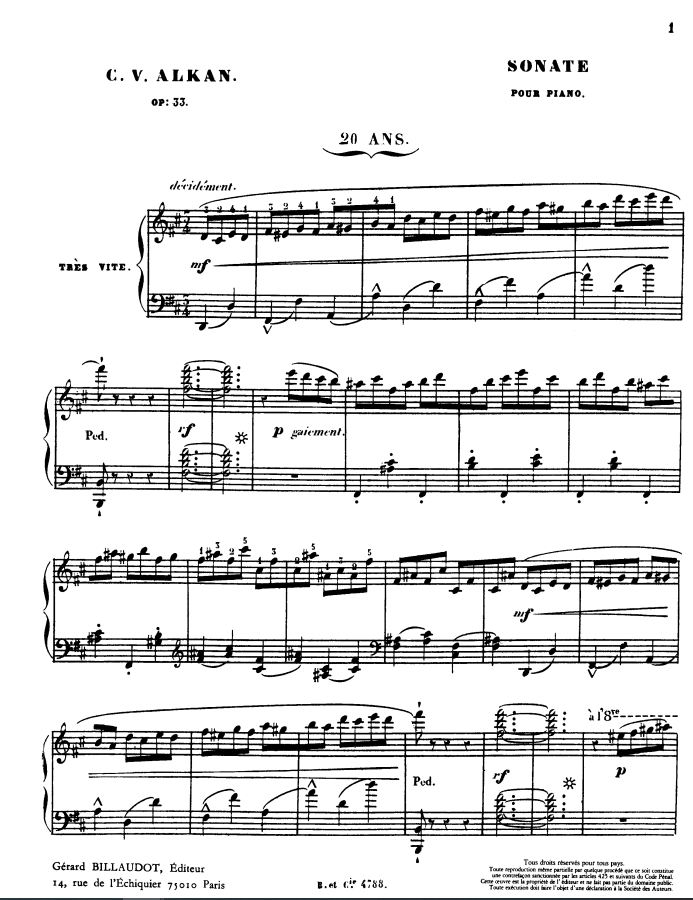 I suspect cross-measure beaming is even more common in 20th-century works, albeit still rare: the Music Stack Exchange question Why are notes beamed across the barline in this piece? amusingly brings up a second example of cross-measure beaming, this time by Igor Stravinsky in his Three Pieces for String Quartet:

I suspect you're right that it was Schubert's innovation rather than his publisher's. (Do publishers innovate?) A way to bring out the syncopation, as you say, or to make the phrasing more emphatic. But it can also be a way to make it fun for the performer(s): something composers try to do more often than is mentioned. (It seems to me something Beethoven considers, for example.)

I'd be surprised to hear of an earlier composer than Schubert doing cross-bar beams.

The end of the Polovtsian Dances popped into my head. 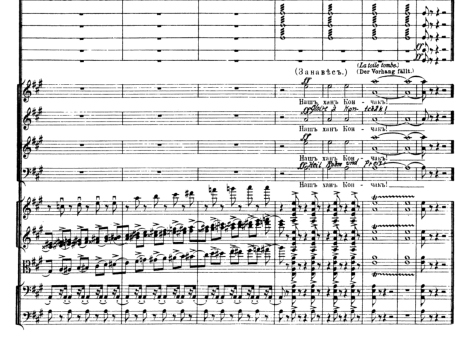 7
Why are notes beamed across the barline in this piece?
4
Can a tuplet cross a barline?

4
What might make for "ambient" or "atmospheric" classical music?
4
The melody+chords pattern in perspective
4
How long does pedal simile last?
5
Who were the first "classical" composers to be recorded playing/conducting their own music?
10
Notation for fast notes across two measures
9
What is this particular type of chord progression, common in classical music, called?
2
Chopin - Étude in A minor, Op.25 No.11 "Winterwind" Pedalling Discrepancies Between Sheet Music and Performances
1
Can lilypond grace note beams be added to regular beams?