Notation and use of cross-staff beaming

I have been transcribing a piece in 4/4 time for the piano. There is a portion of the piece where I am unsure if cross-staff beaming should be utilized or not. I have provided two examples below for how I think each triplet could be formatted. 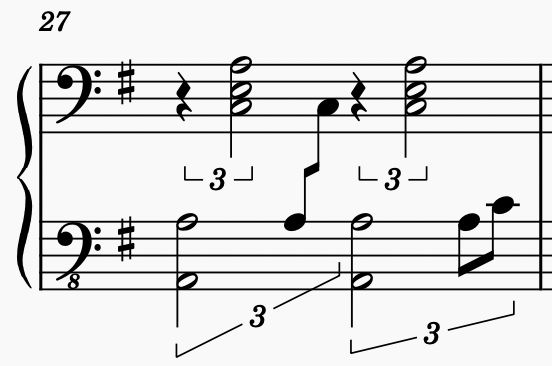 I do find this rather confusing to read. Personally I’d probably do something like this: 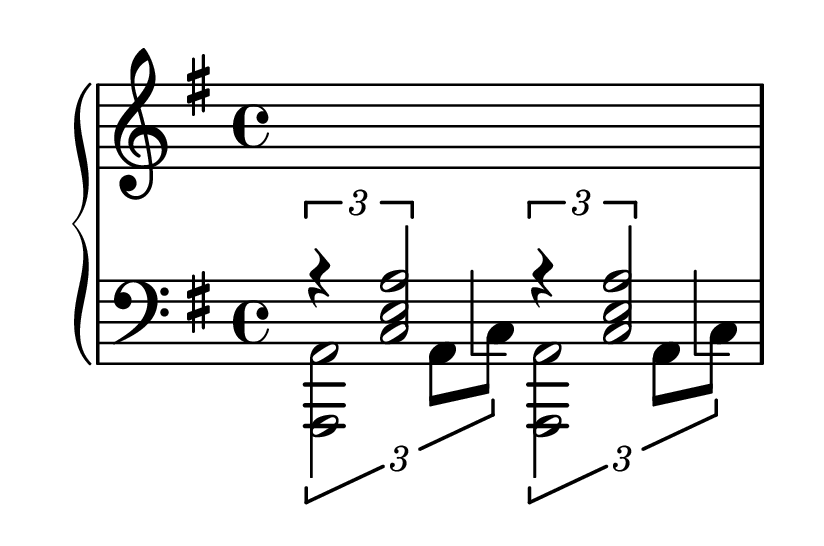 There are a few problematic aspects as written:

Place everything in a single staff

Note that Lazy's version of this is more precise. I'm taking for granted that the pianist will understand the imprecision in favor of fewer markings. 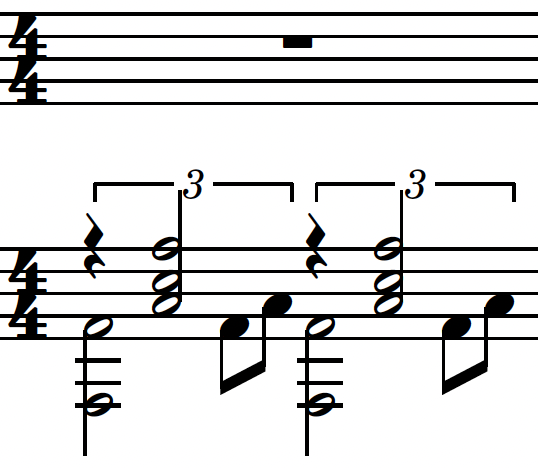 Change the meter to eliminate the tuplet brackets

Again, both the time change and the "incorrect" upper staff may give the reader a moment's pause, but it should be clear enough. 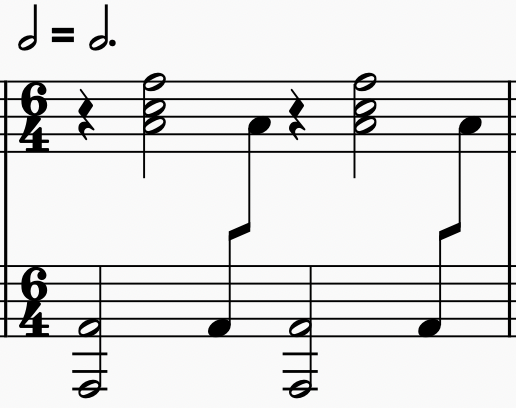 N.B.: At one point I deleted this post out of uncertainty over the appearance of "too many beats" in each example. Since then, I've confirmed that this approach is okay, as long as there is clarity in how the voices related metrically. Below is just one example, from Clara Schumann's edition of Robert Schumann's "Curiose Geschichte", Op. 15 No. 2, m. 7. 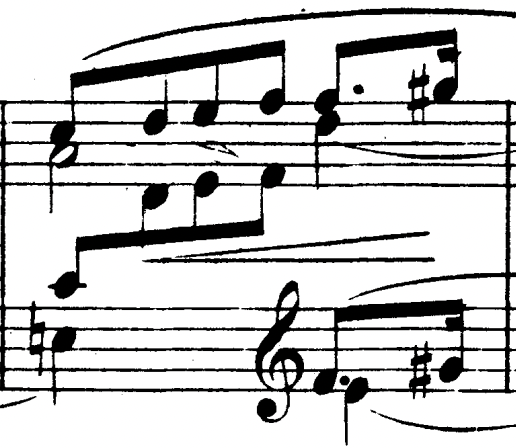 3
How to indicate left hand for piano sheet music
3
Unplayed 2nd voice in notation - spaces or rests
9
Reinforcing meter when dealing with alternating 1/8 and 1/16 notes and rests
1
How do you count this?
6
What do three bars across the stem of a note mean?
0
Am I notating this 2 layered staccato right?
10
Is cross-staff beaming helpful or confusing?
11
How Do I Count Note Durations In These Bars?
4
Note placement for beat/rhythm clarity