How to improve/solo over a song/backing track besides staying in key?

I recently bought an electric guitar and am looking to start soloing/playing along songs/backing tracks - I have learnt all positions of the pentatonic scale, know a handful of licks and have a basic knowledge of music theory. My question is, what's the next step? I'm having a hard time playing along to anything other than blues, and even with that I feel my approach is rather random - I pay no consideration whatsoever to what the chords are - and I wouldn't know what to do differently at a given point even if I knew what chord was playing. Or what to do differently given the genre/tempo/rhythm of the backing track. I appreciate that this question is very vague, but I feel clueless and would appreciate any advice at all!

If you feel that fits your brain, get books on harmony, exercise yourself by analysing songs yourself, then practice improvisation using your analysis as a basis. With practice, the analysis step will be pretty quick.

Try singing a phrase then replicating it on the guitar. Go as slowly as you like, and retry after mistakes. With practice you'll learn to do it right, and at tempo, every time.

Once you can do that, try improvising to a backing track. Try and sing the same melody as you're playing -- this proves to yourself that you're playing what you intend to play -- rather than just hitting notes from the scale without really knowing what it'll sound like until it comes out.

Take a look at the chords you are playing over. If you have a blues, which usually is the I IV V progression, then play a chord/scale relationship. Get familiar with arpeggios of the chord you are playing over. Use notes from the major/minor pentatonic scales and mix with the arpeggio. Connect an A7 chord to a D7 chord by using the 3rd of A7 (C#) to the flat 7 (C) of the D7 chord. Notice the smooth transition in your solo by following chord tones as the chords change.

Also listen to your favorite solos and try ideas from them to the backing tracks. Learn a lick and apply in different keys.

As always, a lot of practice is the fundament of improving, especially when it comes to soloing and improvising in my my opinion. Things that have helped me a lot when I was at your point:

As you do that regullarly, you will soon notice that you're improving. The most important thing you'll be learning, is to hear your solo before actually playing it. Over time, you'll know how which note will sound at which point of the song, and this where you really get creative in creating your own stuff, rather than playing around and notice afterwards "wow, that sounded quite cool, how did I do that?"

Your next step is to find a recording of a guitar solo that you like and learn it by ear. Play it with the recording over and over again and try to sound exactly like it.

Then, find another recording of a guitar solo that you like and learn it by ear. Play it with the recording over and over again and try to sound exactly like it.

Then, find another recording....

There's still some learning to be done ! If you're aware that the pentatonic notes cover both a major key and its relative major, there are two options of notes to use. Note that playing the minor notes over a major sequence works far, far better than the other way round.Or match them properly.

Two other scales which are invaluable are the full major and its relative minor (both using the same notes as each other, just centred differently).As in, the Em scale notes will also work in the key of G major.

With the major, starting on different notes from it will give you the modes, each of which has a different 'flavour'. See elsewhere on this site for really clear explanation of how these can be used. This bit opens up a whole new can of worms though.

Work on the theory side and be aware that most songs/tunes will contain notes from the particular chord that's currently being played. I.e. in a couple of bars that contain, say, B,B,G#,E,F#,G#, the accompanying chord will most likely be E major.Turn this around, and it's clear that in a bar of E (chord), playing some, all, or even one of the chord tones will keep the tune matching the chord. Not many existing songs will have notes in a particular bar that don't come from the accompanying chord. If they did, either the notes or the chord would be wrong...

Bear in mind this answer is only a starting point, covering basics. Get out and play with others - this will help your timing and how to play as part of a team. You'll never get this experience sitting in your bedroom with backing tracks. If you make a mistake, you can re-start them. Not so easy with live musicians...

"My question is, what's the next step?" Your question is most profound - and very open ended. However the 'next step' may well be: add something else to your playing. Perhaps challenge yourself with something like giving due consideration to what the chords are. The notes you play are generally based around the scales and the chords are based on the scale notes. The simplest 'chords' to actually play are called power chords. They are played with 2 notes, usually the root note and the fifth note of the scale. 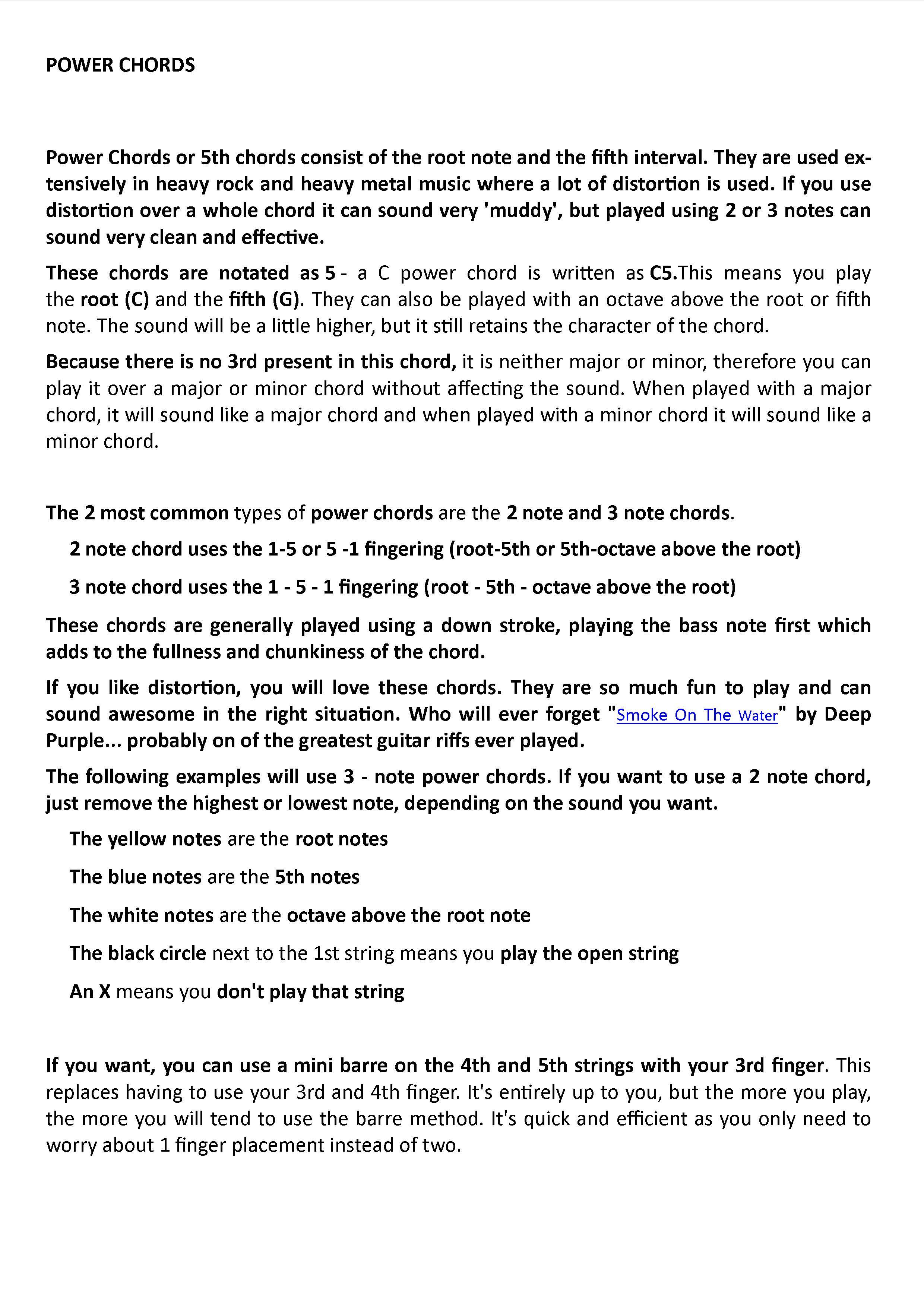 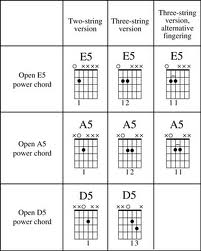 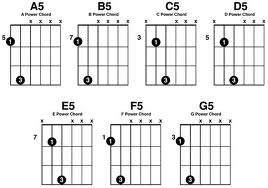 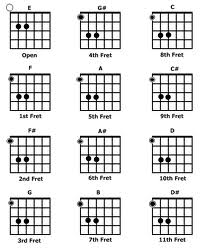 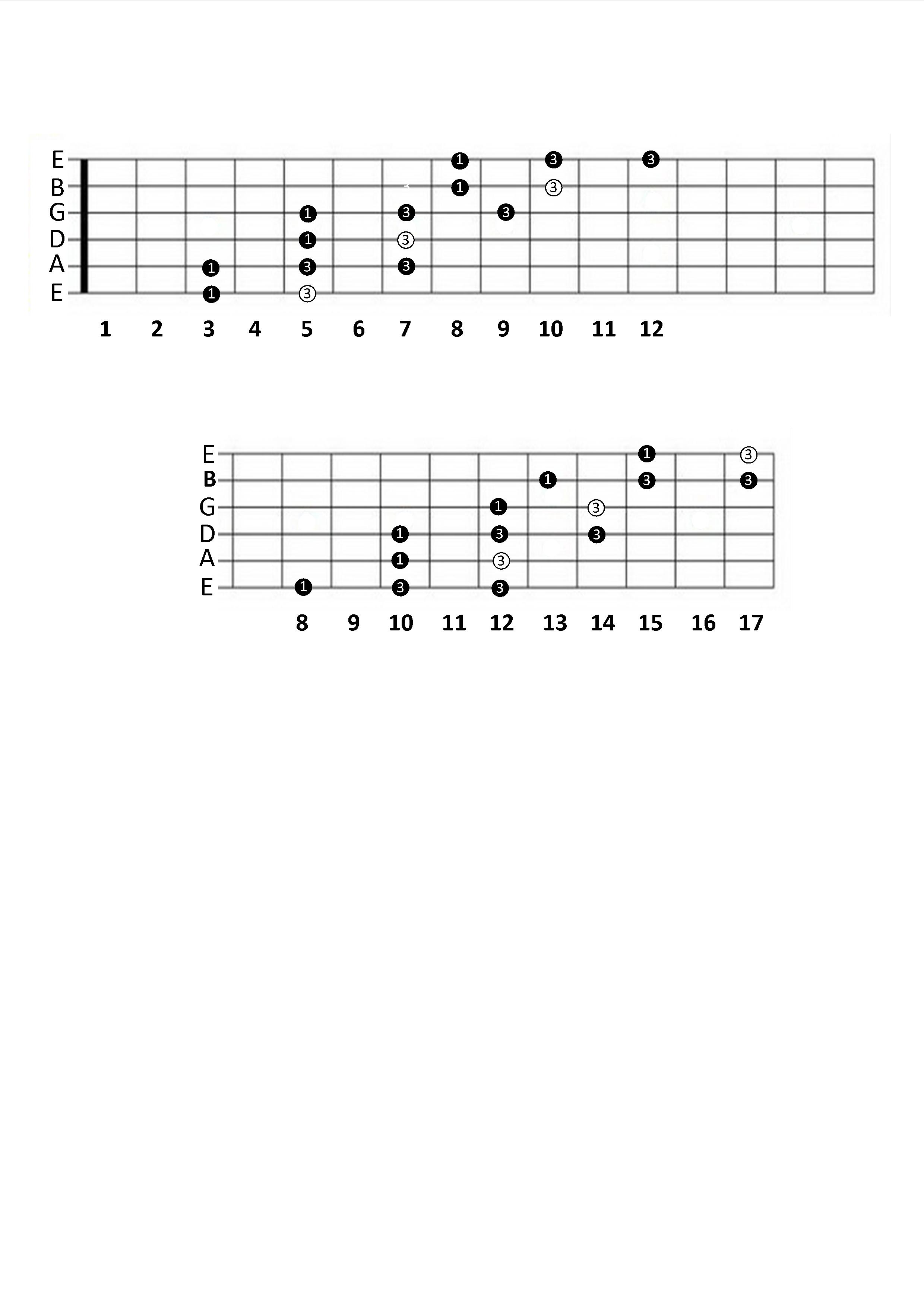 This is just one example of a way to get something happening. Like the old saying "sometimes you just gotta' get out of the 'BOX'" Explore ways to connect the boxes. What are the common notes? I did some theory etc. at the Sydney Australia Confusitorium of Music. It's good to have some knowledge on scale and chord construction - as with Pentatonics and guitar playing in general it's nearly always about repeating patterns. Some go up - some go down - many in fact go across, while they are going up and down. Work out your octave notes in all keys across and along the fret board and then explore connecting the dots. When you have reached a plateau and feel flat - look for a mountain or a steep hill - challenge yourself again - it will energise you. Discipline is simply doing it , then do it again the next day, and the next. In the explanation of power chords sheet, I have misplaced the coloured bits - very sorry about that - the other charts will give you a visual idea any way.

Listen, Listen, Listen....oh, and Listen some more!! Play along with some of your favorite artists. I know at first you'll fumble quite a bit, but over time you will pick up more and more licks.

Also, try to actually transcribe some of the solos you like to listen to. Then, play what you've transcribed. Over time, you will see more and more patterns that the greats keep throwing in with different variations.

Another trick is to sing a solo, record your singing, and then transcribe that. Over time you'll build up your own library of patterns and licks.

Bottom line...you sound like you have the basics behind the theory...it is time for the ear and brain to get some concert time together.

If you just play your guitar against chord changes without regard to the story you're trying to tell, your solos won't be very interesting.

Second, learn to play the scale tones in your chord progression in the same positions as you play your chord voicings. You say you know the pentatonic scales, that's fine for a start. You'll want to learn the major and minor scales later but that can wait for now.

You want to concentrate on the chord tones because they are the strongest notes of the solo. Once you get this down, try the trick of big jump up and small steps down and vice versa. Another tasty trick is taking a fragment of what you're playing and repeating it. Repeat and vary your ideas a lot, it helps glue your solo together. You can find more tricks that also apply to other forms of music at https://www.cs.hmc.edu/~keller/jazz/improvisor/HowToImproviseJazz.pdf

Okay, now you have the basic techniques down for doing a solo. Now you have to learn to tell a story.

You can cut this arc at any point. I'm rather fond of ending solos at the climax but YMMV.

The best way to learn to tell a story with your solos is to listen to lots of great solos and sing along with them. What's a great solo? A solo with a narrative arc. Once you've got this down, go back to your backing track and sing solos until you feel like you can tell a story. Once you can sing the solos, try to play your guitar like you're singing. Your playing doesn't have to be an exact copy of your song. What you want it is the feel.

That's what I got. Go forth and make an impact. Even with relatively limited technique your solos will stand out against most of the rest.

just play mate...i usually overdrive any backing track and hit notes all over the neck without knowing what they are - as long as they sound good - sometime i play the same note over and again - just do what makes you feel good - dont let anyone tell you otherwise either...some of the greatest musicians on the planet were told at once time or another "your no good"!!!

meh... just learn the maze... every note, scale and mode is implicit within it. Once you know the maze, changing key just shifts the maze up or down, and then just meander about the maze and the magic will come!

Not the answer you're looking for? Browse other questions tagged guitar theory electric-guitar technique improvisation or ask your own question.