why does Chopin choose to have D sharp (D♯) in the purple square quoted below? Why not choose the more natural D there? Is there logic, a good reason, and expression behind it? 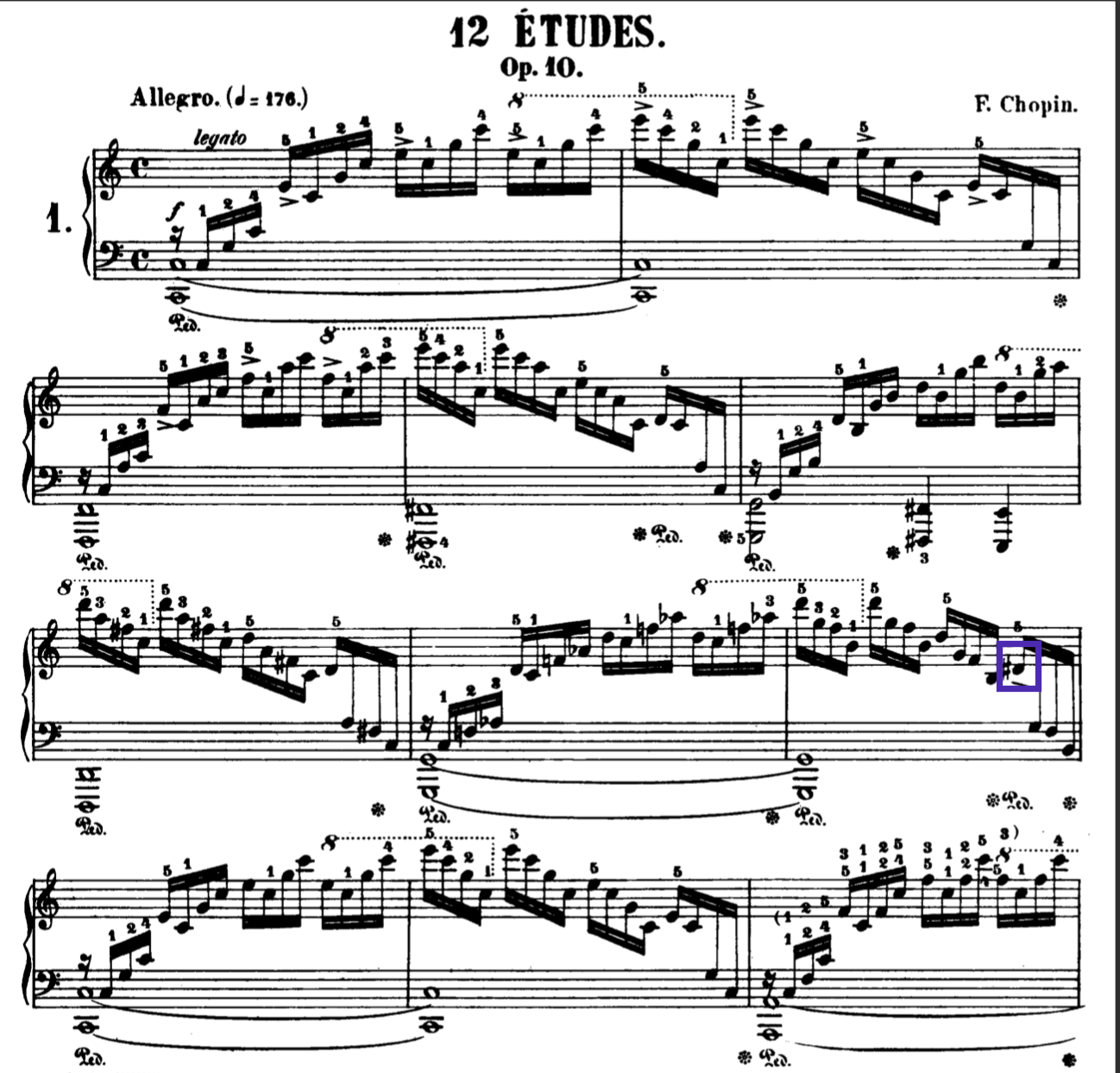 That note is leading to the E in the next measure, so D# creates greater tension — greater pull toward the E — than would D natural.

Intensifying the G7 dominant with a ♯5 is a legitimate artistic decision. It resolves melodically to the E on the second beat of the following bar. Chopin uses the same device several more times in this piece.

Performers tend to 'bring it out' quite strongly. Too strongly, perhaps. If Chopin had wanted accents on the D♯ and E he could have written them. It's very prominent in this performance.

later: I see there IS an accent hidden under the box. Unfortunate box placing! I wonder why Chopin didn't equally accent the resolution in the next bar?

Some editions really lay on the 'expression' with a trowel (see below). I prefer understatement, but each to their own opinion. Perhaps I shouldn't blame Chopin, maybe all the 'expression' is down to editors? 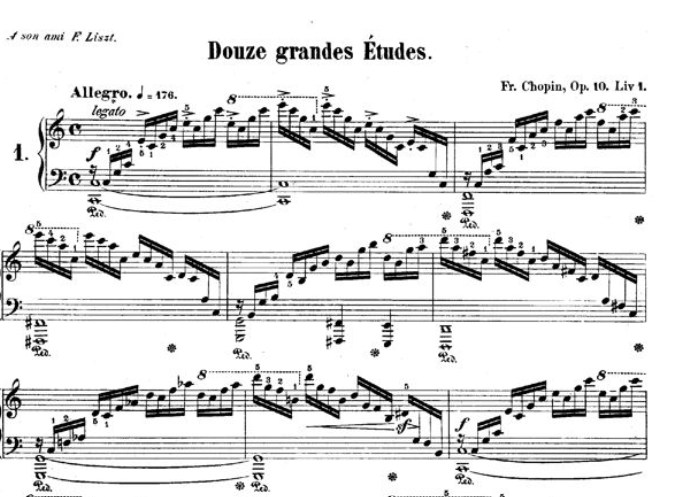 It's basically a G dominant seventh bar. That's going to lead, usually, to a C bar, which it does. The B and F forming a tritone during the bar which gives a certain amount of dissonance, that gets resolved by moving to C and E respectively, each one semitone away , a common tension/release ploy.

By using D♯ as well in the arpeggios, that creates even more dissonance and therefore tension to the G7, now G7+, as that D♯ also feels the need to move to note E. It's actually accented (difficult to see), so Chopin did write it on purpose, for the above stated reasons.

I was looking for a concise explanation of this on Wikipedia, but did not find one, since augmented triads have quite a lot of uses -- as with the diminished seventh chord, its symmetry makes it very useful as a pivot chord and for introducing tonal ambiguity.

This, however, is one of the simplest manifestations of the augmented triad, arising as a chromatic embellishment of a simple V-I cadence (or, as in this case, V7-I). Contrapuntally, it is a chromatic passing tone introduced between the fifth of the dominant chord and the third of the tonic (the second and third degrees of the scale; in this case, D and E). It's a classic move of 19th-century chromaticism, and you'll hear it well into the 20th century, for example in barbershop quartets. By interpolating a D♯ between the D and the E, you change V-I into V-V+-I.

As to the reason behind it, it's a matter of taste and opinion, but I would say that (like any embellishment) it introduces variety and therefore interest to an otherwise "plain" cadence, and, in particular, it adds dissonance and therefore, as noted by Aaron, tension. Furthermore, it sets up anticipation of the coming E. These are respectively resolved, released, and fulfilled when both the D♯ and the F resolve to E.

If you make allowances for pitch class/octave displacement, the arpeggiation being an elaboration of "block chords", then the D5 natural, D#4, E4...

...reduce to D D# E, which when compacted to close position would reduce to something like this... 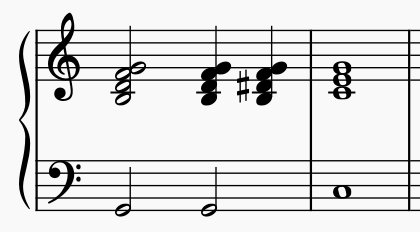 You could call that D D# E a chromatic passing tone. I kind of like that versus calling it G7#5, because the D# was preceded by D natural.

The augmented fifth in a domininant chord mekes sense as it leads to the third of the tonic.

It has been probably developped from a chromatic passing tone in classical period and has become very common in the romantic Era until to day.

Thus Chopin uses V7+5 because it was common praxis at that time.

2
Grace note in Bar 20 of Chopin's Op. 10 No. 3
2
How to play the trills in Chopin's Waltz in A minor Op 43 No 2
6
Comments of Chopin's contemporaries on his playing
6
Weird acciaccatura (?) notation in Chopin's polonaise
5
Fractional phrase length in Chopin's Nocturne Op. 62 No. 1
4
What is the harmony of this bar from Chopin's Minute waltz?
0
Notation question natural followed by sharp Chopin Waltz in C sharp minor
5
Chopin Prelude Op. 28 No. 1: A mysterious mutated note in the 12th bar?
12
Full bar rest at the end of piece