Bach French Suite BWV 816: Allemande - what is the ornament with the swoosh at the end?

I am using this (Henle) reference for ornamentation: https://www.henle.de/media/foreword/1816.pdf. The ornament in bar 9 looks like "idem" but the swoosh comes at the end (instead of at the beginning).

I would appreciate advice on how to realise this.

Wikipedia calls this a slide: https://en.wikipedia.org/wiki/Slide_(musical_ornament) — but again the swoosh is at the beginning... 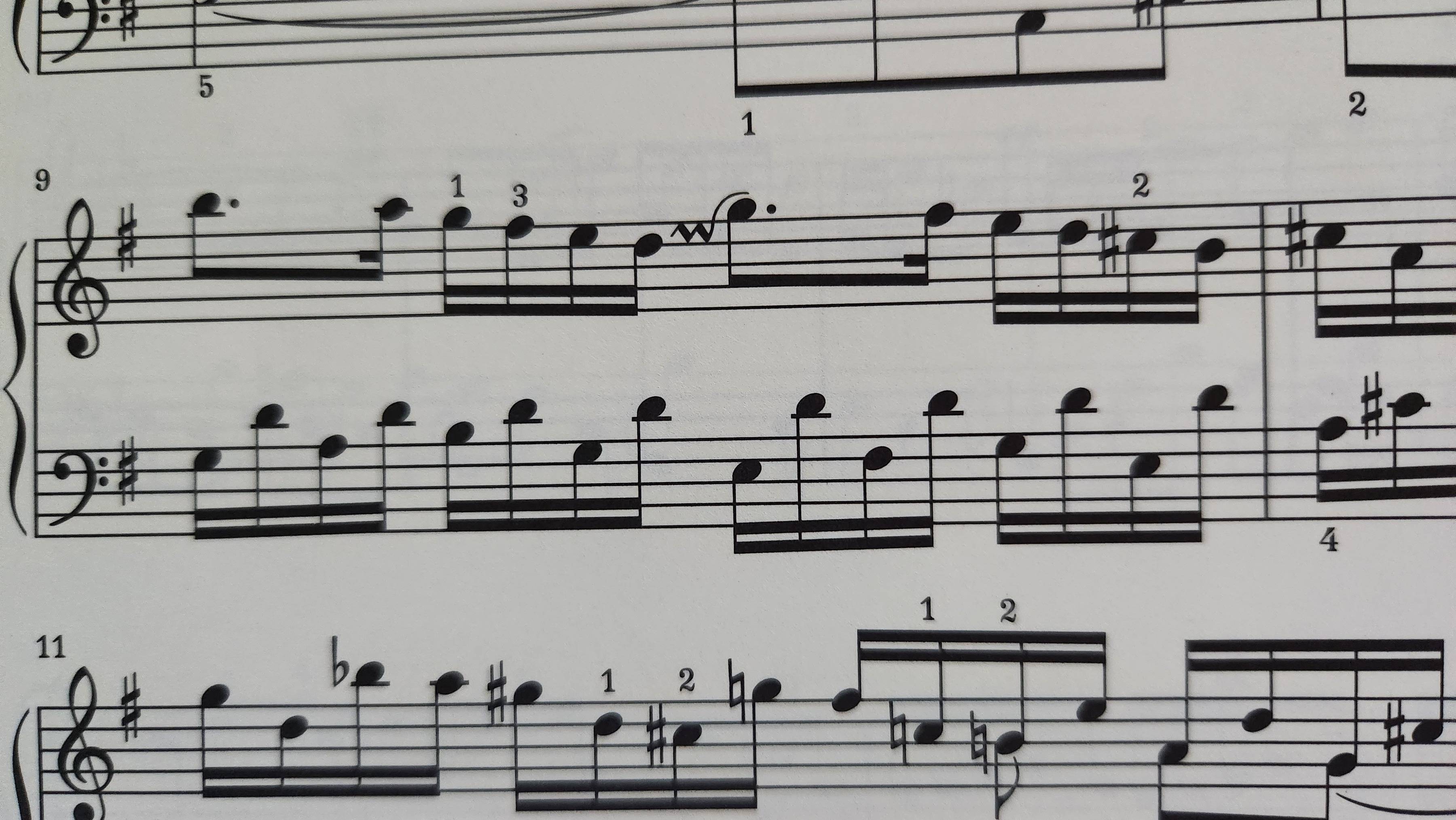 Schiff doesn't ornament the G5 at first; during the repeat it sounds like a short upward scale:

First, idem is not the name of an ornament but a Latin word meaning "the same." The ornament you're referring to, therefore, is called Doppelt-Cadence, but is the second example of that ornament.

But the ornament you're asking about is called Schleifer. While the forms given in the Wikipedia article you link to show the swoosh at the beginning, this is the form preferred by Bach (and, I suppose, by everyone else in 18th-century Germany).

The German text is available on Wikisource, as are the tables of figures. The sign used in the Allemande is seen at figure 88(a) in table 6.

4
What is the correct way to play the two ornaments in BWV 541?
12
What is the proper way to notate the end of a section played "sul ponticello"?
2
What does this up bow/strum symbol at the end of a measure (in a classical guitar piece) mean?
2
LilyPond - Repeat with Partial Measure at the End
16
What is the historically informed way of playing the 1/16 notes in Handel's Water Music suite no. 1 overture?
6
What does the plus (+) ornament mean?
3
Quintuplet over 3/16th
4
What does tying an acciaccatura to the principal note with a slur imply?