What is the purpose of plastic thumb in slapping?

I have in some videos people wear a big plastic thumb when they slap.

What is the purpose of that?

Here is an examplewhere Buckethead uses it:

This is not a common thing. Members of the TalkBass forum discuss it as a novelty.

It appears to be a variant of the "Funk Fingers", which is a pair of short drumsticks attached to the first two fingers. It was invented by Tony Levin, while working with Peter Gabriel, as a way to get funky percussive sounds out of a bass.

There are stories going back to the big band and the rockabilly eras of an upright bass player working together with a drummer, where the bass player would finger notes on the fingerboard while the drummer would rapidly beat on the bass strings with a drumstick in each hand to produce a percussive sound. Funk Fingers was a solution that enabled an electric bass guitarist to get a similar sound all by himself.

Buckethead seems to have innovated here, creating something which (in his hands at least) provides extra reach, extra bounce, and the ability to slap harder and faster without pain or injury.

Agreed with the first answer, except that Funk Fingers are indeed in production here. Just bought a pair myself.

I believe the item you are referring to is a thick rubber finger cover (not plastic) designed for such purposes as being used by bank tellers to protect the fingers while counting large amounts of paper money. The purpose, for a bass player who slaps, is to prevent or reduce blisters or bleeding on the thumb. I don't believe it adds anything to the sound.

Here is an example of a set you can purchase on Amazon.com. Does this look similar to what you are describing? 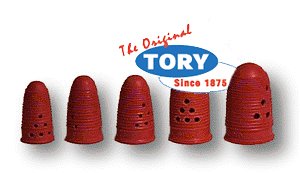 Not the answer you're looking for? Browse other questions tagged bass-guitar or ask your own question.

25
Where to rest your thumb when playing bass: Pickup vs. Strings vs. Thumbrests
7
What should I look for in a metal bass guitar?
9
Is it possible for an unamplified acoustic bass guitar to be loud?
2
Behringer guitar link and ASIO stuff
3
How to tell what is broken with my bass guitar
5
Tips for beginner guitarists and bass player to practice together?
10
Where should I put my thumb when playing bass guitar?
1
Bass is picking up hum - did I damage the pickup?
12
What is the best way to go about re-learning an instrument?
1
Reliable or Repairable Ampeg amps