Is there a reason why Clementi didn't suggest a change of finger for repeating notes? (Sonatina Op. 36 No. 2) 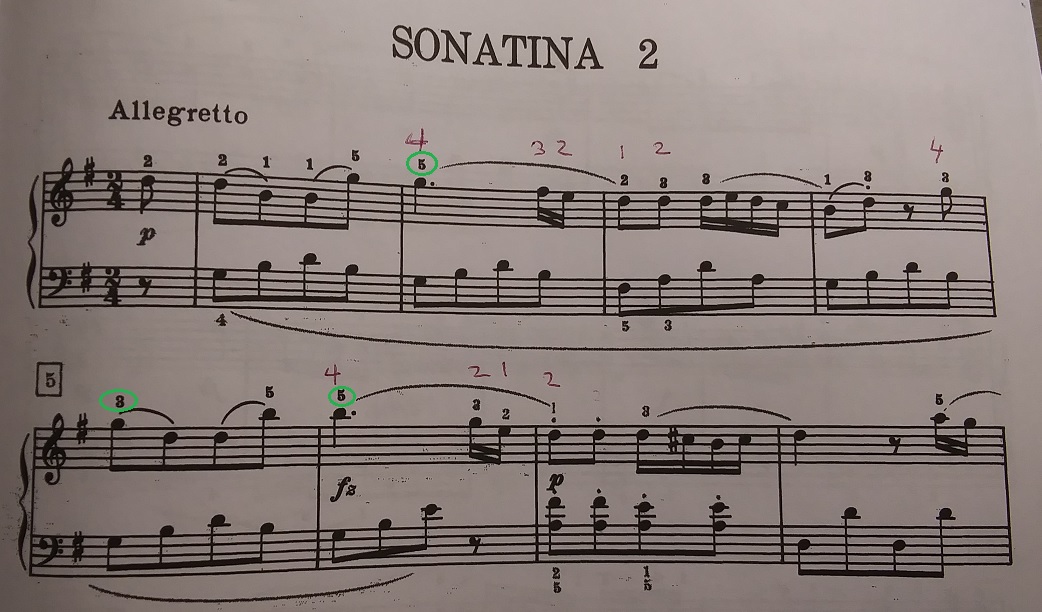 Similarly, in Sonatina No. 1, Second Movement: 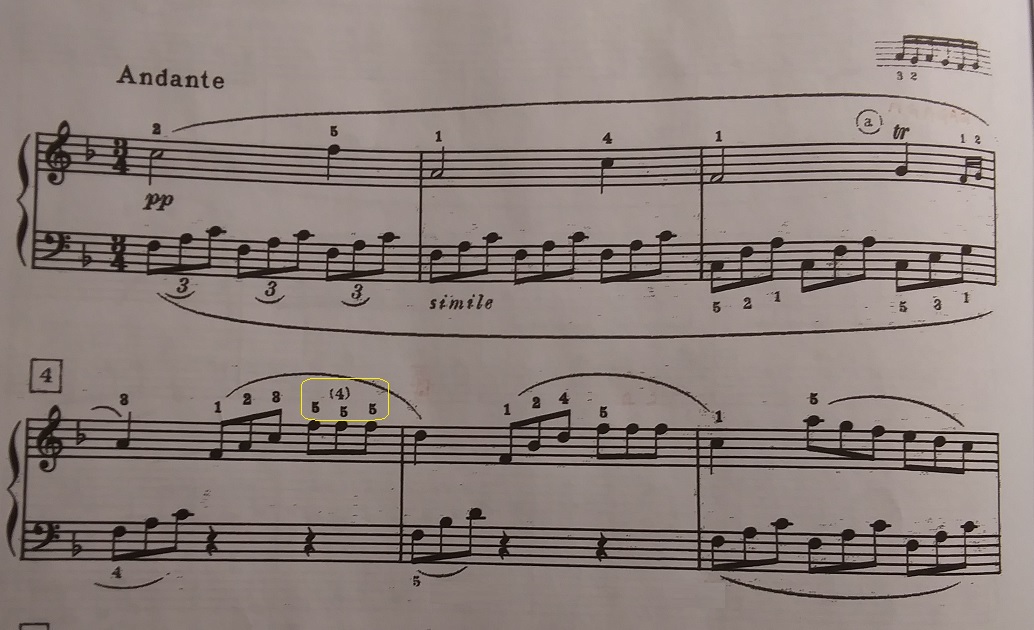 In every case where Clementi specifies no finger change, it is a weak beat (i.e., a half-beat) following be a strong beat. The one time he's explicit about changing fingers, it's on a strong beat followed by a weak (i.e., half) beat.

The convention of switching fingers on repeated notes is largely based on the idea that each finger gives a different nuance to the note. That idea supposes that using the same finger twice risks a robotic sound. However, Clementi may have felt that the rhythmic positioning of the repeated notes did not present a significant risk, except when the first note was the stronger of the two. I find this quite an ingenious observation on Clementi's part.

To back up this observation, I would point to measure 3, in which the first two Ds change fingers, but the same finger is specified on the second and third Ds.

This does beg the question of why Clementi leaves m. 7's second D unspecified. Here I suggest it's because since the first D is finger 1 and the third D is finger 3, he may have felt it sufficiently obvious that the second D would be finger 2. Clementi may also have felt that there was sufficient parallel to m. 3 that he did not need to re-specify the finger change.

My understanding is that generally changing finger on a repeated (or held) note is for two reasons:

My thought in looking at this example was that none of the repeated notes are too fast.

...show eighth notes as not too quick to require a finger change.

Of course there is a question of tempo. Your example is marked allegretto, but the Art of Playing example doesn't have a tempo mark.

I'm pretty sure Clementi, in the Art of Playing, was following the practice where note values were closely linked to general tempos. (The particular form was a general tempo indicator too.) So, eighth notes would be played in a fairly lively tempo. That's pretty vague by modern standards, but my point is don't worry about an extreme hypothetical, like eighth notes at presto 180 bpm. I suppose eighths up to around 120 bmp was the assumption for "not too fast."

A lazy student's interpretation would be that you don't change fingers when you don't need to do so.

18
Is there a color code for notes?
7
Is there a specific finger for playing a specific key on piano?
12
Is there piano notation for finger sustained notes (as opposed to pedal sustain)?
1
acceptable to use same finger for 2 succeeding notes in this case?
10
What's the reason for switching fingers on these same notes?
16
Why are there fingerings in Liszt's Beethoven's 9th transcription, a piece for a very skilled player who presumably doesn't need the finger markings?
9
Why are there 8/4 notes in a 4/4 time signature?
22
Is there a legitimate reason why a C-Clef could ever be used in piano music?
4
Are there different rules for double notes fingering (piano) for legato vs. staccato?