Bass Clef Changed to Treble Clef in the Middle of the Music Sheet (Are The Clefs Notes in Same Octave?) [duplicate]

Halo, it may be duplicate of other questions with the same titles. But I don't find answers I'm looking for in those...

I'm quite new to music sheet, but I can basically read notes already after some time...

There is one part that is confusing me: when the lower (bass) clef is changed to trebel clef in the middle of music sheet.

Aren't the upper and lower clefs supposed to be the same octave when both clefs applied as treble clef? Like illustrated below. Is it so? 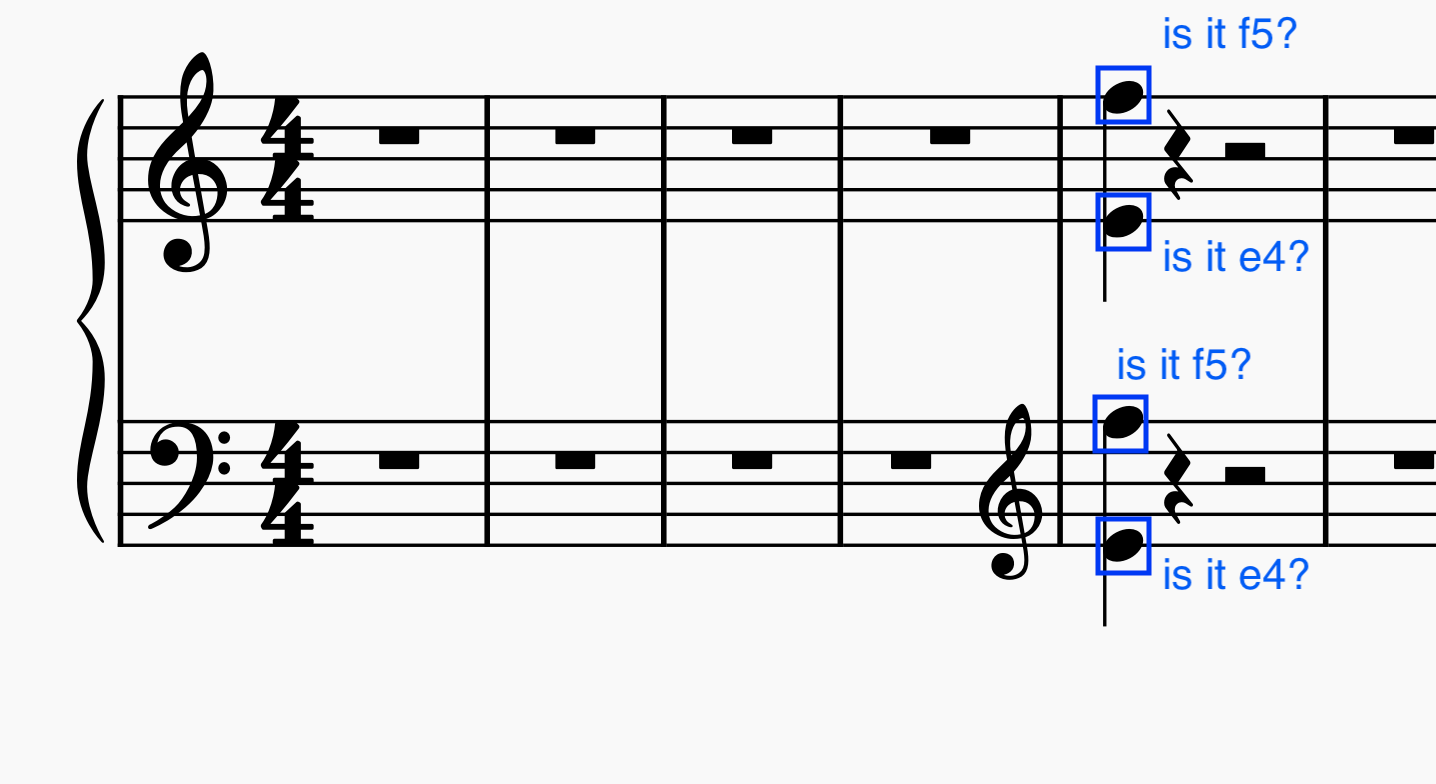 Because from this music sheet https://musescore.com/user/30710562/scores/6138973
When I see the piano keyboard demonstration, I find that the f (and other) notes from each clef are not in the same octave. 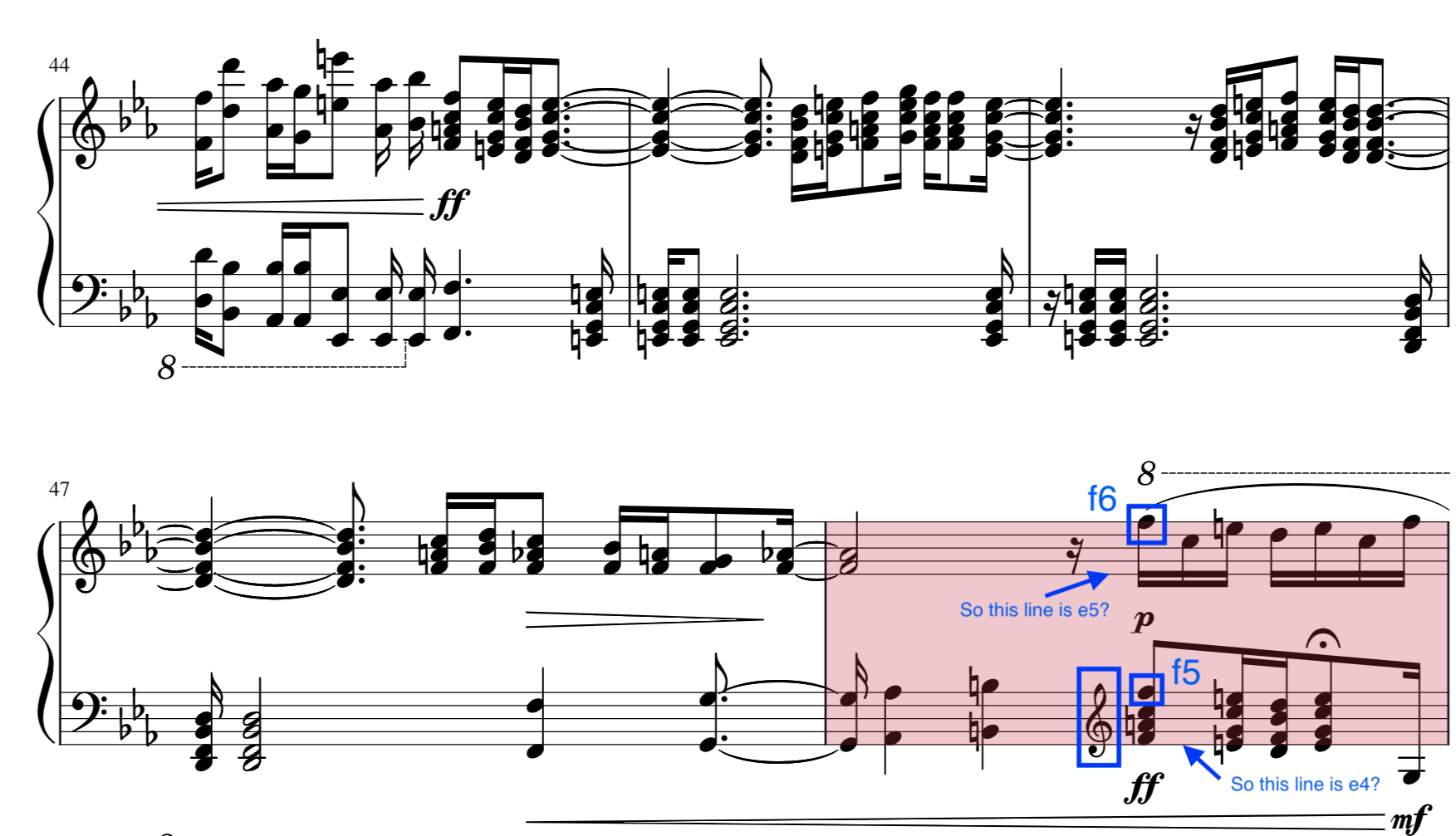 You are correctly understanding how to read the clefs. What you've missed is the "8-------" above the treble staff, which means to play those notes one octave higher than written.

Ordinarily, the top line of the treble staff would be F5, but because of the ottava symbol, it becomes F6.

In the linked piece, you'll notice that measure 53 has the same symbol written below the bass staff. In that case it means to play the notes one octave lower than written. 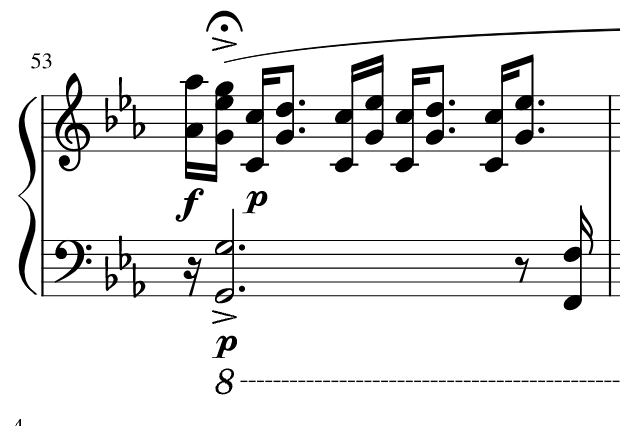 See also: What is the meaning of an 8 followed by dotted lines?

26
Piano with two treble clefs and 8va on grand staff
8
What is the meaning of an 8 followed by dotted lines?

13
When did keyboard partitions start to use the G-clef for the upper staff ?
5
Why transpose at the octave?
10
In piano music notation how are notes distributed between the staves?
10
Do the F clef and G clef always reside on the same line?
3
Bass clef changed to treble clef in the middle of the sheet music
3
Puzzled on this use of the double treble cleff arrangement
3
Difference between violin and piano sheet music regarding notes on treble clef
13
Why use 5 or more ledger lines below the bass clef instead of ottava bassa lines for piano sheet music?
7
Why aren't octave clefs used in piano notation?