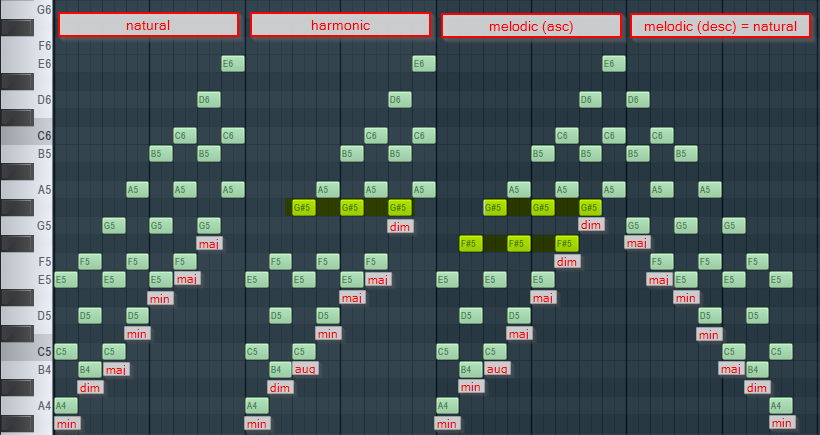 That means the diatonic triads of A harmonic minor are:

That means the diatonic seventh chords of A harmonic minor are:

That means the diatonic triads of A melodic minor are:

That means the diatonic seventh chords of A melodic minor are: