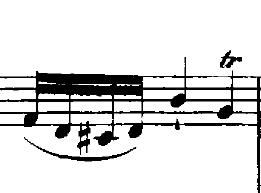 How should this trill be played?

According to Bach's father's own Explication concerning the trills and ornaments, we are given a guide on how to interpret the trills. The Expliation was later expanded on by C.P.E. Bach.

There is no question that an historically correct interpretation will start the trill on the upper auxiliary note (in this case the A). The ornament does not descent to an F; there are specific types of ornaments that would require that (like the trillo or the second doppelt-cadence und mordent and the trill is not one of them.

So you have a little bit of artistic freedom. Things to consider are the tempo, the note that comes next, and the context of the piece. Is it consistently playable in places where the subject returns? Does the trill sound uneven played at a fast tempo unless you play it a certain way? You'll hear ornaments in all varieties of music played many different ways in different interpretations. There may be no most correct way, but some ways are definitely more correct than others.

I'm looking at the imslp.org's photocopy of an original score, so I hope I got the right spot (no images allowed thru corporate proxywall :-( ). My guess is to start with the upper note of the trill as a sort of grace-note just prior to hitting the triad; then release the full triad prior to the final sixteenth.

At least, that's how I'd approach a similar figure in Bach's cello pieces.

I believe the first one may be more technically correct, but you'd have to ask a baroque specialist. There may be other options as well, but these should be fairly in-line with the original style.

11
Authorship of Toccata and Fugue in D Minor, BWV 565
8
What is the relation between the preludes and the fugues in wtc of js bach?
1
Trills in Bach with historical information
5
Horizontal bar in trill fingering
2
Should I practice some J.S. Bach for piano technique and where should I start?
9
Obscure markings in BWV 814 I. Allemande, Bach, Henle edition
0
Name of style of piece inside the G Minor BWV915 toccata of Bach?
1
I don't know how to deal with the trills in Bach's Fugue in D Minor
9
Bach BWV 812 Menuet I: do(can) ornaments presage the accidental?
4
Voice leading errors in Bach's WTC 1 fugue in C major?